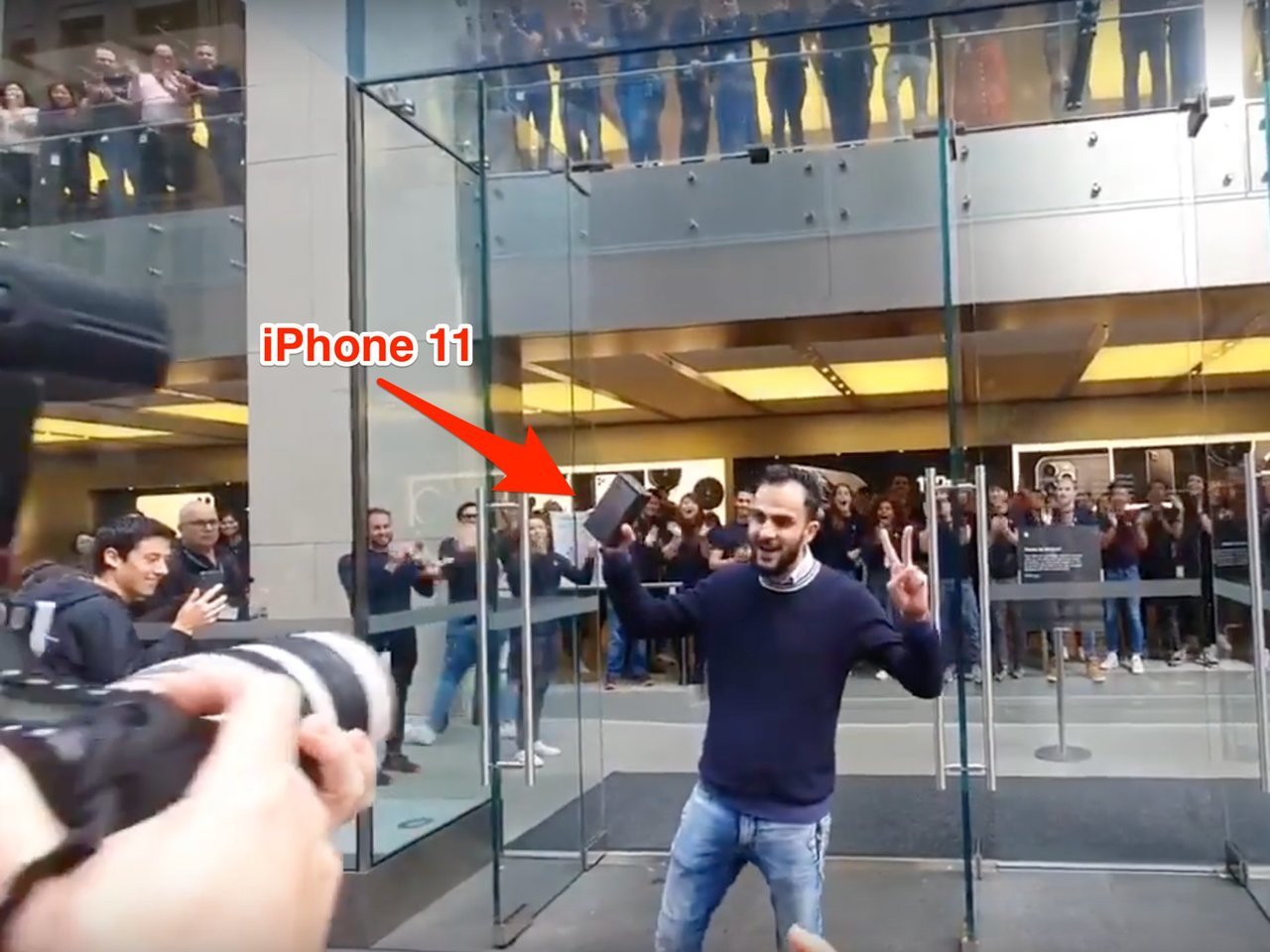 A man bought the first iPhone 11 in Sydney, Australia on Sept. 20. The employees at the city's Apple Store stood in a standing ovation for him and his purchase. CNET news editor Daniel Van Boom captured the moment on video and shared it in a tweet that's now gone viral with Twitter users apparently baffled by the excitement in the video.

A video of Apple employees gathered in a standing ovation for a man who bought the first iPhone 11 in Sydney, Australia baffled the internet.

One Australian man was lucky enough to be the first Sydney resident to buy an iPhone 11, and he even got a standing ovation from the Apple Store employees.

CNET news editor Daniel Van Boom captured the moment on video and shared it in a tweet that has since gone viral.

In the video, the man walks out of the store in front of dozens of cheering employees who filled the store. The gleeful iPhone 11 owner then takes his place right in front of the entrance to flash his iPhone 11 box in one hand and a peace sign with his other.

In several replies to the video, the internet appeared incredibly disturbed by the entire process.