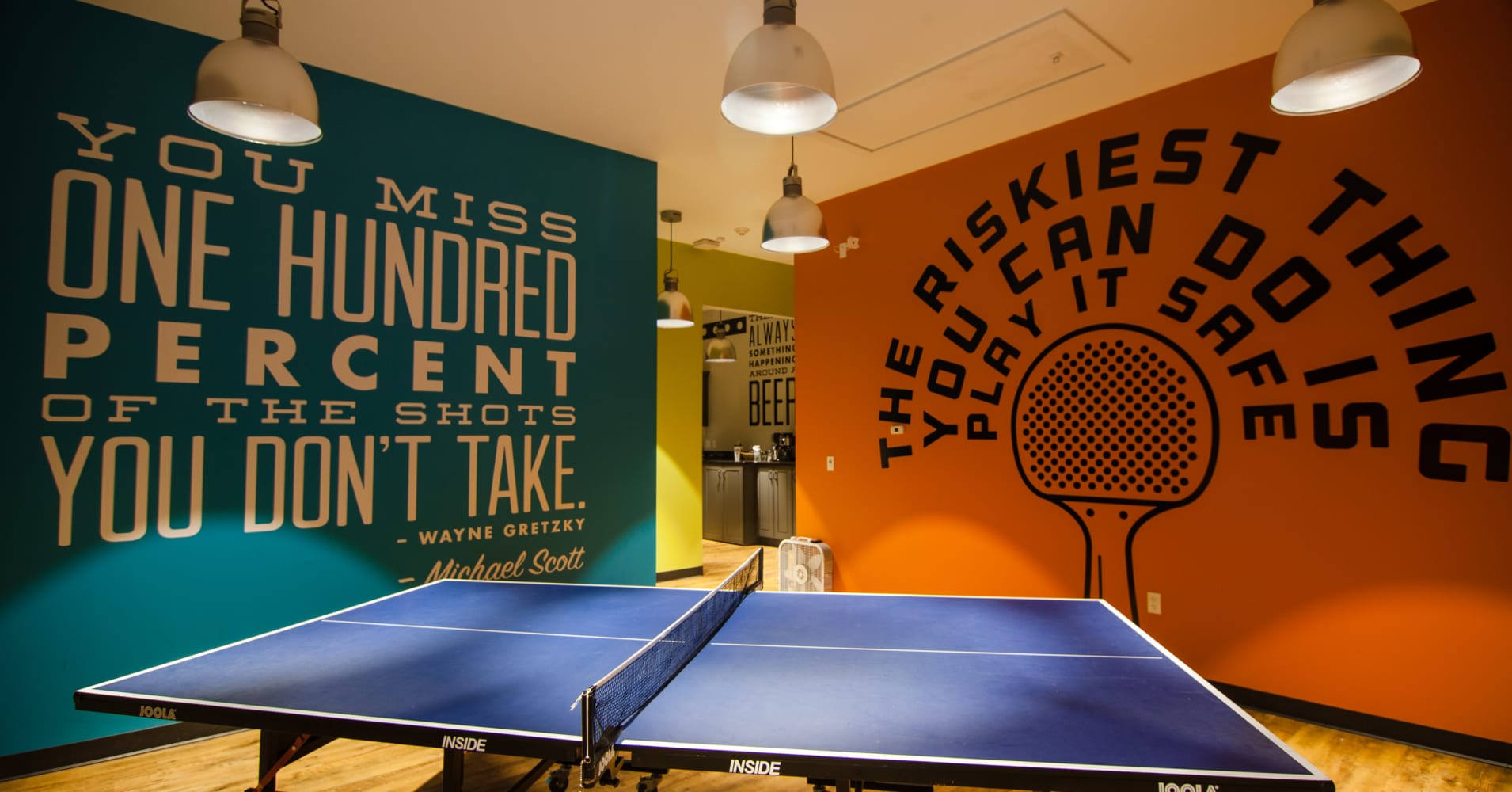 A small tech company tried it all to stop employee turnover. Only one thing worked

Free beer on tap, dogs allowed at desks and unlimited paid time off were not enough to stop the turnover at a small IT services firm in Massachusetts. The CEO says only one thing worked: embracing the turnover instead of fighting it.
Most companies don't like to admit they have any turnover. For years I didn't, either. We have always been an employee-focused company that has done everything in our power to hold on to our employees, building what I thought was a great culture. Beer on tap, dogs in the office, unlimited paid time off and, ultimately, an employee stock ownership plan, where I gave 40% of the company to the employees. It felt like this effort was wasted if people left.

Still, our efforts weren't stopping people from leaving. Similar to many companies in our field, we were losing 10% to 15% of our team every year. LinkedIn has found that the technology industry has the highest turnover of any industry, at 13.2%, with our field, IT, averaging 13%.

Because we're in IT, we tend to attract younger workers who've grown up in a digital world. Some eventually discover that IT isn't their true calling and decide to try another field. Some work for us for a few years before going back to school. And frankly, some leverage their experience with us to land an internal IT job with a much bigger employer who can pay them more.

When our employees started mentioning that it seemed I was announcing someone's departure every other week on our company's internal video podcast, I realized I had to do something to address their concern. We were a 30-person company at the time, and when someone left, I could see it felt personal to our entire team.

We were so concerned about how employees viewed their colleagues' departures that we held a town hall with our employees about the situation in order to hear their thoughts and ideas. The most obvious fix -raising salaries so high no one would ever want to leave -was not possible. We were competing with giant firms that could afford to pay much more, and the market would never support us raising our rates as an outsourced supplier that high.


Learning to work with turnover

So we took a very different approach: We chose to accept the fact there would be turnover we couldn't address with "golden handcuffs" and decided to be transparent about it and, more importantly, embrace it.

We created a Wall of Fame in our building to honor employees who left on good terms and made positive contributions during their tenure. We began referring to departures as graduations and celebrated them with farewell parties. We redesigned our business model to significantly reduce the impact of turnover on our clients, ensuring we would still be able to provide the same level of support if someone left. Instead of assigning one person to support each client, we created a four-person team; if someone left, another team member would quickly onboard them. We also documented the processes involved in serving clients better so knowledge wouldn't leave the company if an individual did.

We also set expectations more clearly during the recruiting process. When candidates came in for interviews, we were upfront about the fact that if they wanted to earn the highest salary in the industry, we weren't the right employer for them. However, we told them we could offer a great culture and ticked off the investments we'd made in building one, ranging from major ones, like our employee stock ownership plan, to fun perks, like the video games employees can play on breaks.

This message resonated. The acceptance rate for our job offers has held steady at 98% to 99% since 2016, when we introduced the ESOP. Surveys show it is the most important benefit we offer to employees — even as unemployment dipped and the talent war heated up. Prior to the introduction of the ESOP, our acceptance rate was 90%.

We maintained that level of transparency after people came on board. After surveying our team and studying published research on millennial employees, we realized that professional development and learning are extremely important to them and we needed to do a better job of communicating the opportunities we provided on these fronts. We now give our employees a clear view of their personal career ladder in the form of a checklist of skills and experiences they need to earn before they are promoted.

The career ladder serves as a de facto "permission slip" to sign up for programs like a training class that will help them advance. This puts employee advancement in the hands of our staff, not their manager, so we can reduce instances where people start looking for another job because they feel like they are stagnating.

Being transparent and authentic has helped our "employer brand," which is critical in today's job market to attract the best employees, in measurable ways. We track how well we're doing on this front using monthly surveys from CultureIQ, which evaluate how happy team members are with their work environment. We also use the Employee Net Promoter Score, a tool that measures how likely they are to recommend Paragus as a place to work.

On these surveys, we pay a lot of attention to what motivates satisfaction. We have noticed a very strong correlation between transparency with employees about why decisions are being made and their likelihood of saying positive things about the company.

Surveys don't always tell the whole story, so we also pay attention to factors that are hard to measure in surveys, like employees' demeanor if they do decide to part ways. There isn't an employee who has left in the past five years who hasn't become emotional about leaving.

The process of addressing turnover hasn't been easy for our leadership team. We've had some painful conversations with employees as we asked them what they thought we were doing right -and wrong -as we dealt with it.

One thing we heard was that some didn't think we were fighting hard enough to keep valuable employees by making counteroffers if another employer tried to poach them. Counteroffers weren't something we would normally bring up with the team, given that we keep everyone's compensation private, but in response to the feedback, we have started mentioning if we make a counteroffer.

We also heard that some employees wished we would give across-the-board pay increases every year instead of merit raises. We weren't prepared to do that, because we believe compensation should be tied to performance and also have to make sure we can keep pace with rising health insurance costs, so we created a profit-sharing plan where the top 15 performers share in our profits. That answer didn't make everyone happy, but we have found in exit interviews that by showing employees we heard their concerns and are being open about our thinking, it has made the company stronger.

These efforts have been helping us continue to scale up, despite the challenges of today's labor market. We've grown to 50 employees, and our company has hit $7 million in revenue, up from about 40 employees and $4.5 million in revenue in 2016, the year we introduced the ESOP.

We'll never solve the turnover issue completely. Given the tech talent shortage, turnover is a challenge for even the biggest companies. The median tenure on Google's team is 1.1 years, according to PayScale. At our company it's 2.2 years. We're glad that number has held steady since we added the ESOP in 2016, even as the full employment market has made it easier for people to find another job and leave.

At the same time, we have found that some of the employees who left us have reapplied to come back to work for us. About 25 to 30 have left since 2016, but eight former employees have reapplied and returned. After trying other employers, they've realized how much a small company like ours can offer, even if we can't afford to be the highest-paid employer.