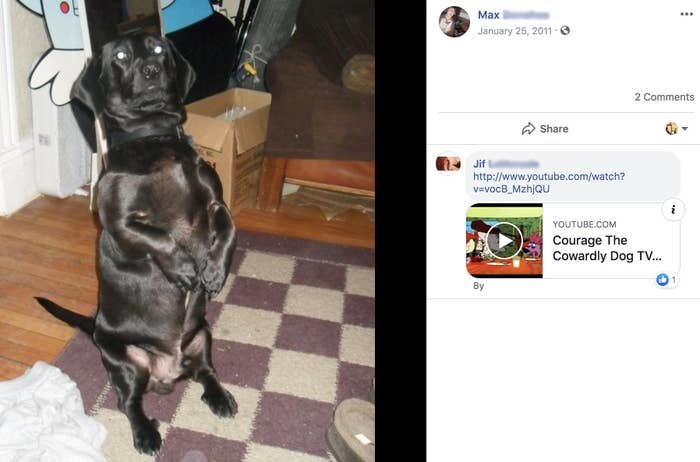 A 33-year-old woman from Seattle said she was told by Facebook that she can't regain access to the account she created for her pet in 2010 unless she presents a valid driver's license for her dog, Max. I guess Emily's only option is to teach her dog how to drive.

Emily Doucet recently tried to log in to Max's account to update his last name to her married name. She couldn't recall the password and was eventually locked out.

"I’m not sure how it happened, but I so rarely use the account that I honestly wasn’t too surprised," Doucet told News.

"I have no choice but to teach him how to drive," she then joked on Twitter. Her tweet about the whole ordeal has gone viral because, apparently, she's not the only one who's been told this is protocol.

When reached (because why not?), a rep for Facebook told News the company does not "allow people to maintain profiles for their pets" and instead encourages users to create a Page for their beloved animals.

"Profiles are meant to represent people, and we ask that people set up Pages if they want to represent a brand, business, group, organization – or pet," said Ruchika Budhraja, a spokesperson for Facebook.

"I don’t really blame Facebook for having that policy since I’m sure they seem like spambots, but it would be cool if they could do a better job of filtering out the harmless fun accounts," Doucet said.

Facebook says its community guidelines around authenticity and misrepresentation were created because "people are more accountable for their statements and actions" — at least, er, more than dogs.

"As noted in the policy rationale, we believe that people are more accountable for their statements and actions when they use their authentic identities, which is why we require that people use the name they go by in everyday life," Budhraja added.

"If you are setting up an account for a pet, we ask that you set up a Page," they then reiterated.

Doucet said she's not too bothered by it — she just finds it generally odd and amusing.

Online, people are trying to be helpful by offering doctored licenses for her dog, Max.

I can help you with that... pic.twitter.com/JgS6XJYn6z