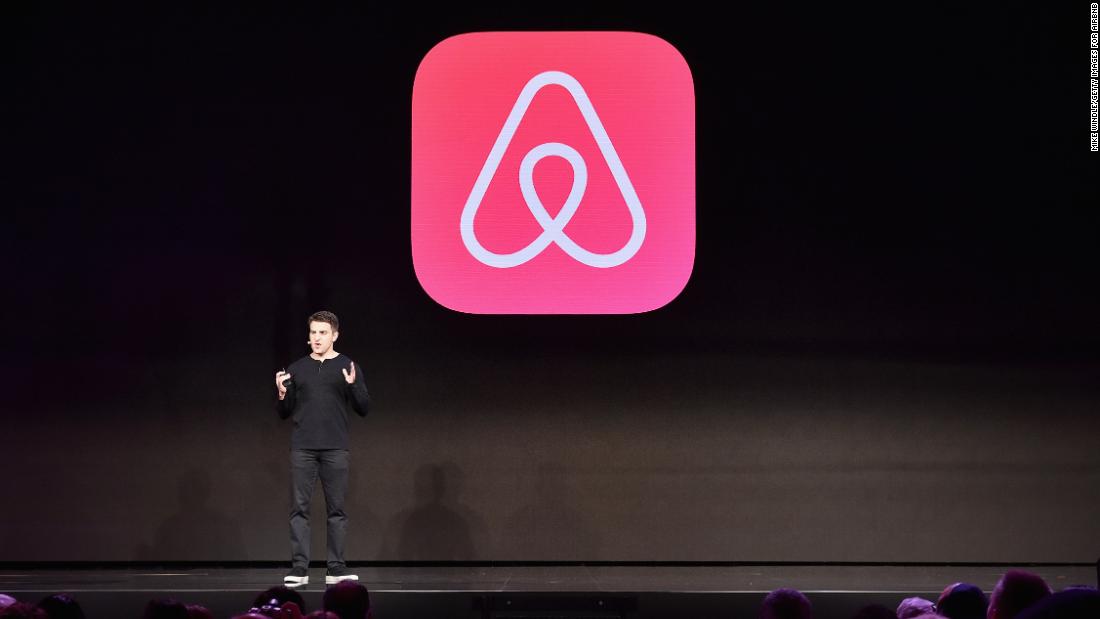 It's not easy being a unicorn. Peloton flopped. Uber has struggled and WeWork put its IPO on ice. Still, there are hopes that Airbnb, the red hot home sharing company, can change the story for unicorns. But it doesn't plan to debut until next year.

The recent flops of Peloton (PTON) and SmileDirectClub (SDC) in their trading debuts, the market struggles for Uber (UBER), Lyft (LYFT) and Slack (WORK) and the shelving of the controversial WeWork initial public offering show that companies need profitable business models and not just sales growth and vague aspirational goals to succeed in the public markets.

Now, market experts are wondering if Airbnb, the red-hot home sharing company that is currently valued at $35 billion, can change the story for unicorns.

The company recently said it plans to begin trading on Wall Street in 2020 - most likely through a direct listing like the ones Slack and Spotify (SPOT) did, as opposed to a traditional sale of stock in an IPO.

Airbnb to the rescue

Airbnb has a lot going for it that could make it a better stock than other unicorns. For one, CEO Brian Chesky is highly respected and hasn't made any headlines for establishing a wacky corporate culture like WeWork, or Uber when Travis Kalanick was in charge.

The company also has a deeper management bench that is ready to handle the rigors of being a public company.

Last November, Airbnb hired Dave Stephenson, who had worked for Amazon (AMZN) for 17 years, as its chief financial officer.
He most recently had been the vice president and CFO of Amazon's Worldwide Consumer Organization, the unit that oversaw all of Amazon's global retail sites as well as separate divisions like Zappos and Whole Foods.

The company recently reported revenue of more than $1 billion for the second quarter, and has reportedly generated positive earnings before interest, taxes, depreciation and amortization (EBITDA).

In theory, that puts Airbnb closer to an actual profit, and the possiblity that it could have a successful offering next year.
That would be a big leap over recent offerings.

"WeWork's planned IPO turned into a highly publicized debacle that suggested public investors may finally be done overpaying for blazing-fast growth," said analysts at Renaissance Capital, a firm that specializes in IPO research and manages two IPO ETFs, in a report.

Even an established company like Endeavor Group, the Hollywood talent agency and owner of the UFC mixed martial arts sports league run by Ari Emanuel, had to shelve its offering after first cutting its size and share price. Endeavor was profitable in 2018, but it lost money in 2016 and 2017 and in the first half of 2019.

Katie Nixon, chief investment officer with Northern Trust Wealth Management, said in a report that the IPO market's recent problems reflect "a renewed and rational lack of exuberance for high valuations in venture capital, and highlights that investors are still paying attention to fundamentals."

"We're not seeing the IPO window closed yet but the market is finicky. There may be more direct listings, but it will take companies with a strong profile like Airbnb to do them," said Michael Lin, director of accounting & transaction services at MorganFranklin Consulting.

Unicorn meltdown but don't count out all IPOs

Investors may be shunning mega-unicorns like Uber and Slack but they have flocked to companies in hot sectors such as cloud security and software.

Lin pointed to Datadog (DDOG) and Cloudflare (NET) as two recent offerings that have held up better than other, more buzzy IPOs, although both stocks were down Tuesday. Investors have continued to flock to plant-based protein maker Beyond Meat (BYND) and web conferencing company Zoom Video (ZM) as well.

John Mullins, an associate professor of management practice in marketing and entrepreneurship at London Business School, said he remains optimistic about Airbnb's chances for success, because of its market-leading position and stronger financial position.

Still, some experts think investors should remain extremely cautious when investing in startups.

"We are seeing a beginning of a correction, a back-to-sanity moment," said Megan Bent, managing partner at venture capital firm Harbinger Ventures. "Vision alone is not enough to overcome weakness on the bottom line - and revenue growth alone can't overcome weak corporate governance."

Dev Kantesaria, founder and portfolio manager of Valley Forge Capital Management, said that he, too, believes investors shouldn't chase high-profile Silicon Valley unicorns when there are plenty of profitable market leaders out there.

"I'm generally not a fan of money-losing IPOs. It's a dangerous place to invest," Kantesaria said. He has bought only two high-profile IPOs during the past few decades: the 2006 debut of MasterCard (MA), and Visa (V), which defied the odds with a successful IPO in the midst of the 2008 bear market.