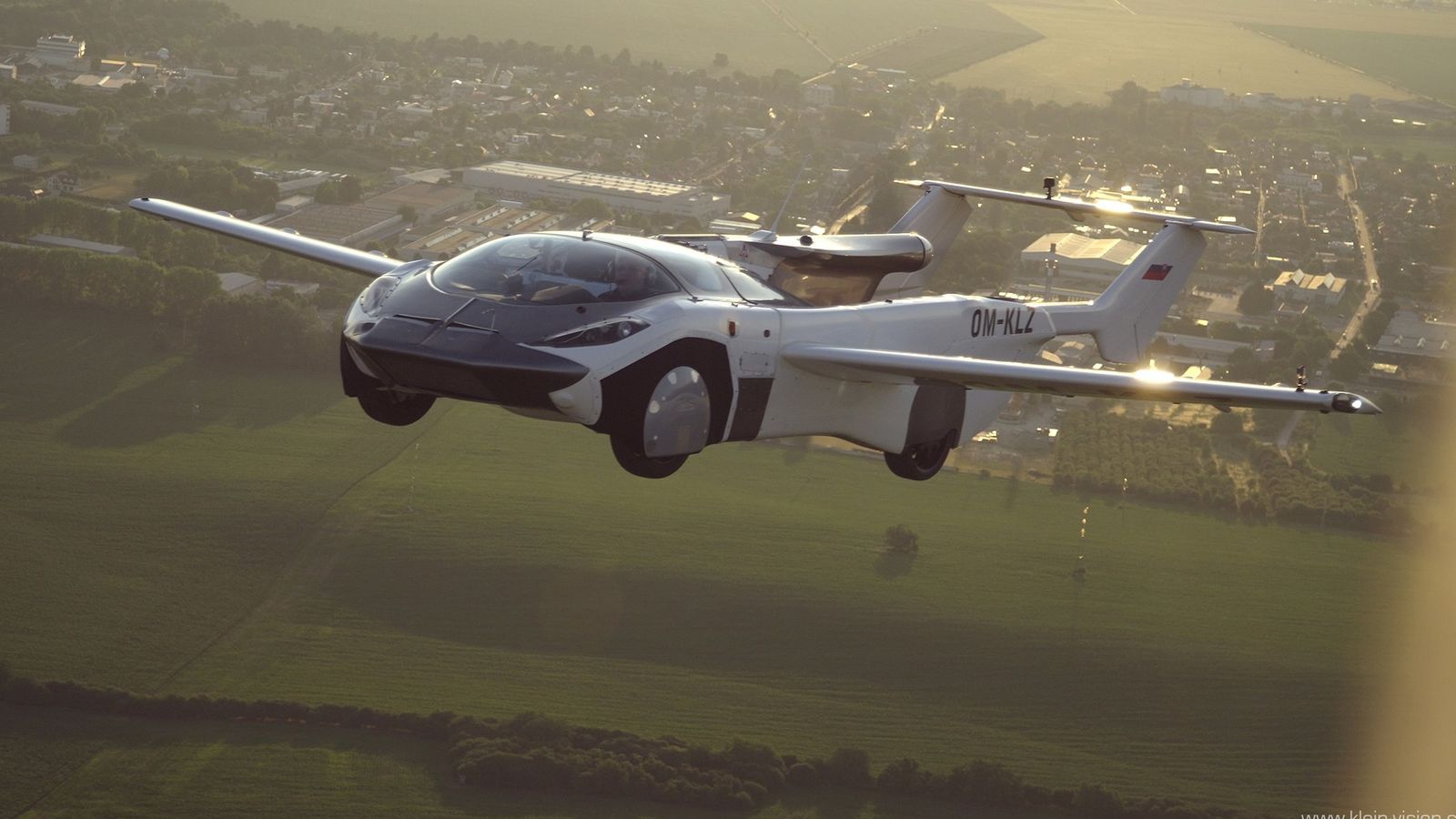 'AirCar': Dual-mode vehicle that can transform from a car into a plane is certified to fly after passing tests in Slovakia

The dual-mode "AirCar" vehicle completed 70 hours of rigorous flight testing, its developers say, and performed a full range of flight and performance manoeuvres including more than 200 take-offs and landings.

A flying car has been awarded an official certificate of airworthiness after completing 70 hours of rigorous flight testing, its developers have said.

The vehicle that can run on roads and fly in the skies - and which has completed more than 200 take-offs and landings - received the certificate from the Transport Authority of Slovakia, Klein Vision said in a statement.

It means the vehicle, which has a 1.6L BMW engine, has taken a step closer to getting mass produced, it added.

The "AirCar" made its maiden flight in 2020 and completed its first inter-city flight in June last year.

In testing, the aircraft turned into a car in under three minutes "at the click of a button", the company said.

The amount of flight testing is in line with European Aviation Safety Agency (EASA) standards.

Those tests included the full range of flight and performance manoeuvres and demonstrated "an astonishing static and dynamic stability in the aircraft mode", the firm said.

"The take-off and landing procedures were achieved even without the pilot's need to touch the flight controls," it added.

It has taken more than 100,000 man-hours to reach the stage of a certified prototype.

"It is official and the final confirmation of our ability to change mid-distance travel forever."

Project co-founder Anton Zajac, said: "Fifty years ago, the car was the epitome of freedom. AirCar expands those frontiers, by taking us into the next dimension; where road meets sky."