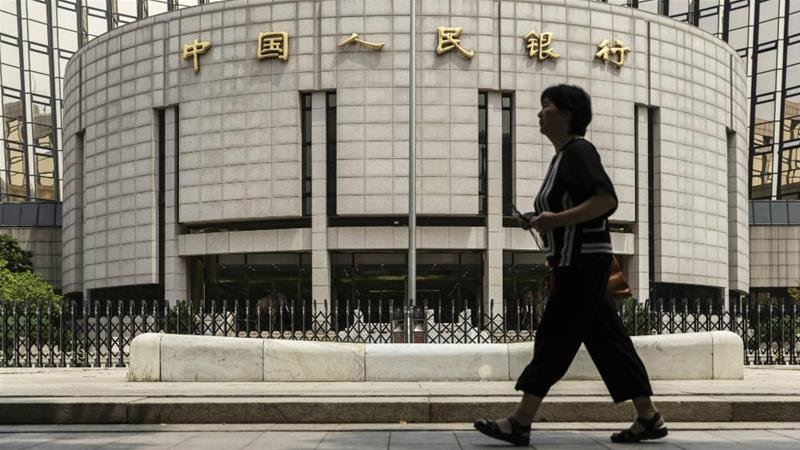 A senior Chinese central bank official said in August that it is close to issuing its own cryptocurrency.
Chinese billionaires Jack Ma and Pony Ma, who built their online finance empires by dominating the country’s online payments industry, are facing what could be the strongest competitor yet: the central bank.

The People’s Bank of China is set to provide its own electronic version of the yuan soon, potentially the first major central bank in the world to issue a digital national currency. In doing so, the PBOC is throwing down the gauntlet to Ant Financial’s Alipay and Tencent Holdings Ltd.’s WeChat Pay for a share of China’s $27 trillion payments industry.

In China, smart-phone-based electronic payments are ubiquitous, used for everything from bus-rides and convenience stores to vegetables at the local market -- and 94% of those transactions are controlled by the two firms. Yet private-sector primacy in a critical industry is becoming a rarity in China under President Xi Jinping, spelling tougher times ahead for the tech giants. A central bank-backed digital wallet could severely undermine the payments services that are the beating heart of Ant’s and Tencent’s businesses.

“The central bank is trying to regain the power it lost, as it simply can’t allow private companies to dominate payments which lie at the heart of the finance system,” said Zhu Chen, the founder of Wisburg, a Shanghai-based financial and research consultancy. He forecasts that the PBOC could take as much as a third of the payments business. “Expect some big blows to WeChat Pay and Alipay,” he said.

Much remains unclear about the threat that the digital yuan will pose to the existing businesses, including the extent to which the public will be willing or required to take it up. Executives from both companies have also not commented on it in public, though Ant Financial has worked with the regulator on it.

The PBOC has yet to set a time-line or plan of implementation, but official speeches suggest it could work something like this: Consumers and businesses would download a digital wallet on their mobile phone and load the token from their account at a commercial bank -- similar to going to an ATM. They then use that like cash to make and receive payments.

That’s subtly different from the existing mobile payments function, which are essentially processing claims on a bank account much like a debit or credit card. But the state token, if it gains acceptance, would help Chinese regulators maintain a better grasp of the country’s money supply.

Mobile payments for consumption represent 16% of gross domestic product in China, compared with less than 1% in the U.S. and U.K. where credit cards are more popular. As the nation becomes essentially cashless, the authorities have been paying ever more attention to the companies that operate the financial plumbing.

“Those big tech companies bring to us a lot of challenges and financial risks,” Yi Gang, China’s central bank governor, said during a conference earlier this year. “You see in this game, winners take all, so monopolies are a challenge.”
#Jack Ma