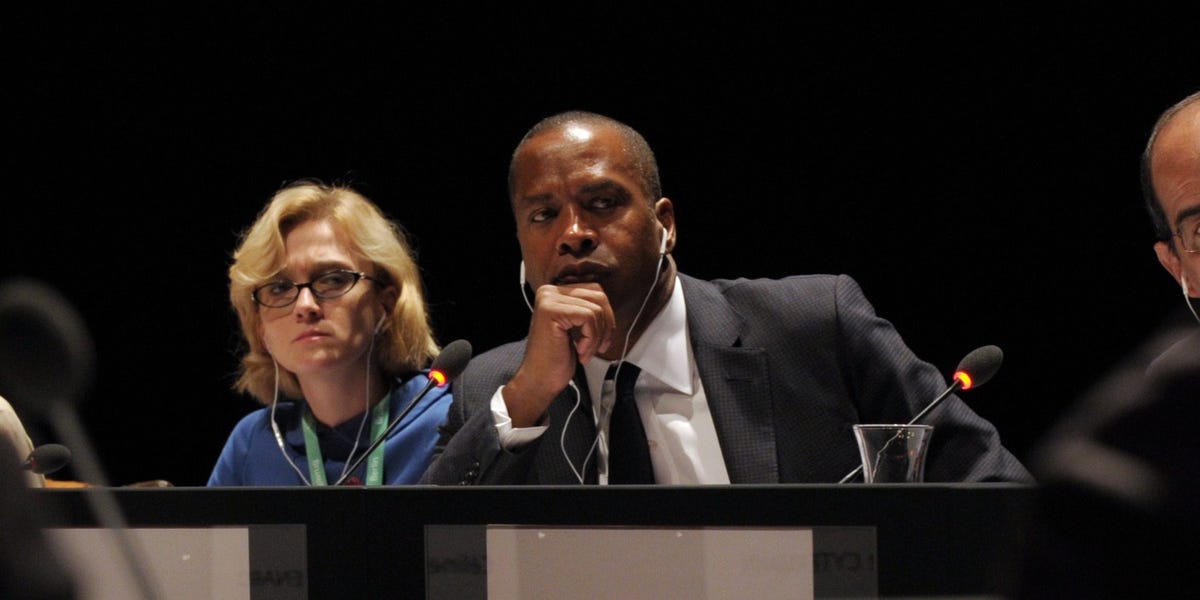 Alphabet's board has launched a probe into the company's handling of sexual misconduct charges, including those made against its top attorney

The board of Google's parent company, Alphabet, is looking into the company's handling of sexual-misconduct allegations, according to CNBC. It has formed a special committee to look into the matter and has hired an outside law firm to help with the investigation, according to the report.
Among other things, the investigation will look into the conduct of David Drummond, Alphabet's chief legal officer, who had an affair and a child with a subordinate and is accused of having other affairs with women in his department.

The investigation follows a shareholder lawsuit that accuses the company of covering up sexual misconduct and a worldwide walkout by company employees over its handling of sexual-harassment claims.

The board of directors at Alphabet, Google's parent company, has launched an investigation into the company's handling of sexual-misconduct allegations, including those made against its chief legal officer, David Drummond, CNBC reported on Wednesday.

The board has created a special committee to oversee the inquiry, according to the report. It has also hired an outside law firm to help with the investigation, CNBC reported, citing "materials" it had viewed.

In a statement, a Google representative confirmed the board inquiry, saying it had previously been disclosed in court filings.

"In early 2019, Alphabet's board of directors formed a special litigation committee to consider claims made by shareholders in various lawsuits relating to past workplace conduct," the representative said.

The representative declined to say whether the inquiry would scrutinize Drummond.

But according to CNBC, the investigation will indeed look at the actions of Drummond, who heads up Alphabet's legal department. In August, Jennifer Blakely, who formerly worked for Drummond as a part of Google's legal team, said she'd had an affair and a child with him while she reported to him. She said that after her son was born she was forced to leave her position in the legal department and was transferred to the sales department to a position for which she felt ill-suited.

Blakely accused Drummond of abandoning her and having multiple other affairs, including with women who had worked with him at Google.

In a subsequent statement, Drummond acknowledged the relationship with Blakely and said he was "far from perfect," but he denied having "started a relationship" with anyone else at Google or Alphabet.

Alphabet has been dogged by criticism about its handling of sexual-misconduct allegations for much of the past year. An article in The New York Times last fall detailed the company's responses to sexual-harassment allegations made against key executives, who in some cases were removed but paid generous severance packages. The report led to a massive walkout by Google employees around the world to protest the company's handling of such matters. It also led to a shareholder suit that accused the board of covering up sexual misconduct.