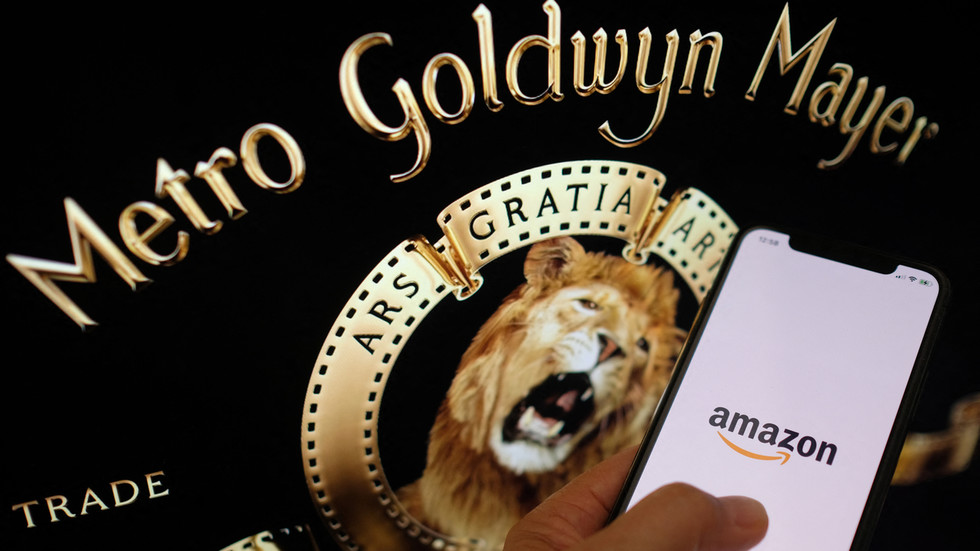 Financial experts think it’s a mistake, but Amazon’s billion-dollar gambit to purchase MGM could help it take over Hollywood.

In its quest to be a top-tier player in the home video streaming wars, Amazon has made some big moves, such as committing upwards of $1 billion for the TV rights to The Lord of the Rings.

But that's pennies compared to Amazon's recent acquisition. The retail giant has just bought MGM – one of the oldest studios in Hollywood – for $8.45 billion.

Though many analysts were surprised at this huge price tag (lots of them said Amazon paid too much), the ‘Zon is currently so flushed with cash from its “pandemic boom” where everyone who was locked down during the Covid-19 crisis began using their services, they now have money to burn...

And they're choosing to burn it on the one thing much of Hollywood is desperately scrambling for – content.

It is no secret Covid-19 threw Hollywood for a loop, forcing the industry to essentially change its entire business model, shifting from theatrical releases to their streaming services as theaters shut down and people were trapped in their homes.

But in addition to that, many productions that Hollywood studios had going on were shut down and delayed until the coronavirus could be managed enough to continue producing content safely. This delay in creating new content, while the demand for streaming content increased, has put Hollywood in a “content crunch,” where studios scramble to produce more TV shows and movies for their streaming subscribers to consume.

One studio that wasn’t even competing in the “Streaming Wars” was MGM. This is mostly due to the fact that MGM, which was once the biggest studio in Hollywood, now is a minor player in the entertainment industry after the studio was stripped bare by Kirk Kerkorian, who bought the studio in 1969 and auctioned off the majority of its value over the decades.

Previously, MGM’s vast library of content (which included the world-famous James Bond franchise) was licensed out to other streaming services. But now that Amazon is acquiring it, the vast back catalog of movies and TV shows that belonged to MGM is now firmly in Amazon’s eager hands.

This gives Amazon a HUGE injection of content for its streaming service, Amazon Prime, as well as a bountiful number of titles to spin off into new content, such as movies and original series. Some of the entertainment properties Amazon now controls are:

The James Bond franchise – one of the oldest and most profitable franchises in cinema history. Not only could we see exclusive releases of future Bond movies on Prime, but also some James Bond-related TV series and potential spin-offs.

The Rocky Franchise – Rocky and its successor Creed have been time-honored hits, and Sylvester Stallone has long talked about wanting to do a TV series version of the Italian Stallion. Now that Amazon owns the property, that may just be what happens.

The Stargate Franchise – Stargate has proven to be a beloved sci-fi property for decades, with a large fanbase and numerous television series; however, it has never been able to meet its full potential under MGM. But with Amazon backing it, this could be Amazon’s chance to compete with Paramount’s Star Trek and Disney’s Star Wars with their own science fiction epic with huge licensing potential.

The RoboCop Franchise – one of the most popular characters from the 80s fell flat when MGM attempted to reboot it, but RoboCop is still widely beloved and Amazon has the chance to re-launch it as a potential original series.

The deal also gives Amazon 17,000 TV shows from MGM’s vault, including modern hits like Fargo, Vikings, and the hugely popular The Handmaid’s Tale. Interestingly enough, MGM also holds the rights to The Silence of the Lambs, which could be spun into its own original series franchise on Prime, much like Tom Clancy’s Jack Ryan was.

One notable exception is MGM’s entire slate of movies prior to 1986, which belong to WarnerMedia. So Amazon won’t be featuring Gone with the Wind, the Wizard of Oz, or Singing in the Rain anytime soon.

Speaking of WarnerMedia, its parent company AT&T took on billions in debt as it tried to ramp up content creation to compete in Hollywood, eventually consolidating all its studios and networks – including powerhouse HBO – under one umbrella. But now that strategy seems to have failed, with AT&T merging its WarnerMedia holdings with Discovery. Let’s not forget, AT&T spent $85 billion acquiring Time Warner.

And in the wake of Disney acquiring 20th Century FOX for $71.3 billion, along with the WarnerMedia boondoggle, the $8 billion Amazon is paying for MGM seems like a real bargain!

Amazon acquiring MGM is a huge move for the company both in terms of future content and distribution. Amazon Prime is already one of the most popular (and profitable) subscription services in the world, and the more people Amazon can tempt to sign up (and stay subscribed), the stronger their bottom line will be.

It also positions them to compete even more with other streaming services, such as Disney+, Paramount+, Peacock, AppleTV+, and the big daddy of them all – Netflix. Especially once the new TV shows and movies that are in production are set to be released. The new James Bond film No Time To Die will be exclusive to Prime when it’s released on streaming, and the new Lord of the Rings show is set to give Game of Thrones a run for its money in terms of epic fantasy draw.

This doesn’t even touch on the licensing potential the MGM purchase gives to Amazon. After all, licensing is where a great chunk of money is made in Hollywood. James Bond alone is said to be worth $2.8 billion in merchandising and co-marketing. With revenue potential like that, multiplied across all the other franchises from MGM, Amazon is set to make its acquisition costs back in no time!

In short, this could be the coup Amazon needs to dethrone Netflix as the top streamer of choice – or at least give it a run for its money.