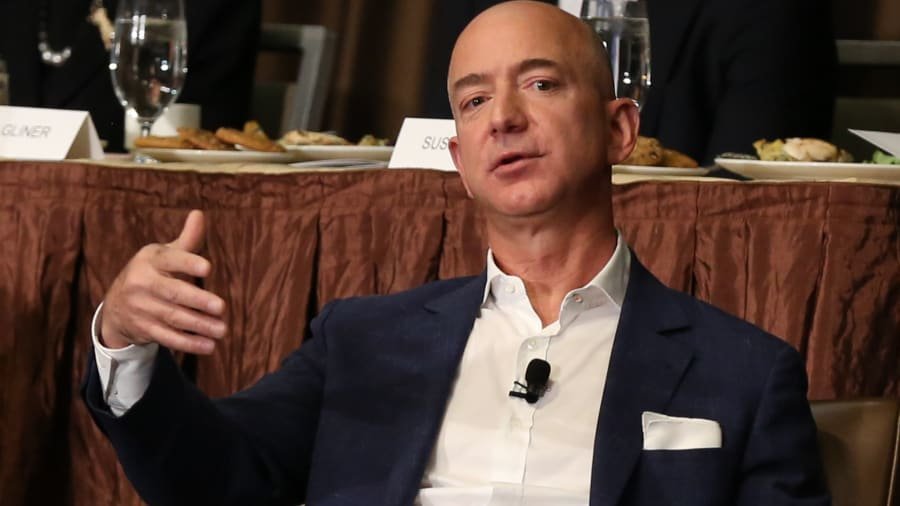 The deal could be worth up to $10 billion. Oracle and IBM were removed from the competition earlier this year, and last month Amazon was knocked out.
Amazon said on Thursday that it has filed a notice in the U.S. Court of Federal Claims indicating a plan to protest the Pentagon’s decision to give Microsoft a controversial contract for cloud computing services.

The Pentagon said Microsoft had won the contract, which could span 10 years and be worth up to $10 billion, on October 25. It was originally due to be awarded last year. The Wall Street Journal reported on Amazon’s protest plans earlier on Thursday.

The contract amounts to a major win for Microsoft under CEO Satya Nadella, who has made cloud services a higher priority. For Amazon it would be smaller; its Amazon Web Services division had $9 billion in revenue in the most recent quarter.

“Numerous aspects of the JEDI evaluation process contained clear deficiencies, errors, and unmistakable bias — and it’s important that these matters be examined and rectified,” Amazon told CNBC in an email.

A Pentagon official said it would not speculate on potential litigation. Microsoft didn’t immediately respond to requests for comment.

In August, the Pentagon announced that Esper would review the JEDI deal after President Donald Trump said that he had received complaints from companies about the process. Trump said in July that companies conveyed that the specifications of the contract favored Amazon, according to Bloomberg.

“I never had something where more people are complaining,” Trump said last month at the White House. “Some of the greatest companies in the world are complaining about it,” he added, naming Microsoft, Oracle and IBM.

The lucrative contract, originally scheduled to be awarded in September 2018, was postponed until Secretary of Defense Mark Esper completed a series of thorough reviews of the technology.

“We’ve got to get this right, so we are not going to rush to a decision. We are going to spend whatever time the evaluation team needs to spend to make sure we are picking the best technical solution at the right price with the right criteria,” Dana Deasy, the Pentagon’s chief information officer, told reporters in a closed-door media roundtable at the Pentagon.

“We don’t have an enterprise approach,” Deasy added. “We have a bunch of siloed solutions we built. We have lots of vendors we’re using for cloud solutions, but we’ve never stepped back and created a holistic solution, and that is causing challenges out in the field.”

Microsoft does not specify how much revenue it derives from Azure, but its growth rate of 59% in the third quarter was above AWS’ 35% growth rate.
#Donald Trump