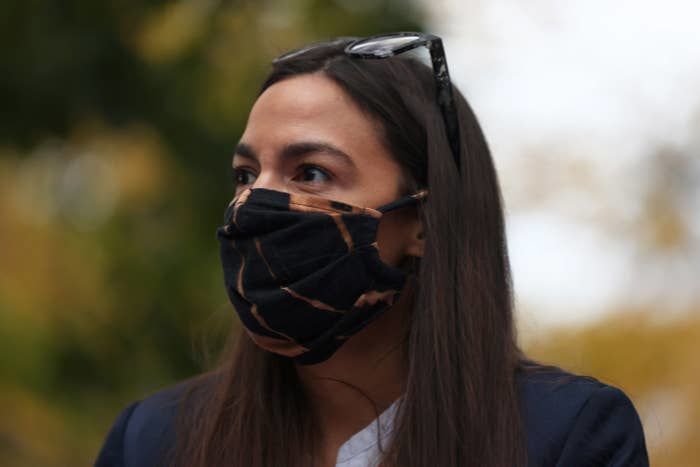 Right-wing politicians and pundits are claiming Rep. Alexandria Ocasio-Cortez exaggerated her account of the Capitol insurrection.

Another day, another round of right-wing pundits trying to dunk on Rep. Alexandria Ocasio-Cortez. But this time, her supporters are fighting back with cuteness.

The outspoken member of Congress from New York has frequently been a target for Republicans, and this time it's with the hashtag #AOClied, which was trending on Twitter Thursday morning.

It all started two days ago when Ocasio-Cortez shared her account on Instagram Live of what happened the day of the Capitol riot and why she feared for her life. She also revealed that she is a survivor of sexual assault.


By Thursday, right-wing commentators and Republican politicians started claiming that Ocasio-Cortez's account of the day was fabricated or exaggerated. Ocasio-Cortez was in her office in one of the buildings surrounding the Capitol during the insurrection and never said otherwise. The building her office is located in was among those evacuated.

There was another claim that Ocasio-Cortez had said that during the riots she heard a Capitol officer yell "This is MAGA country!" But as the Associated Press reported, this is completely false.

Still, facts didn't stop the hashtag. So, on Thursday, supporters of Ocasio-Cortez started flooding #AOClied on Twitter with photos of their pets.

Some people are including explicit messages of support along with the pet photos.

But mostly the trend is just meant to drown out the people who are saying the lawmaker is lying.

BuzzFeed News has reached out to Ocasio-Cortez for comment. She has not tweeted about the pet takeover but has been calling out those trying to cast doubt on her.

She also said the quick spread of misinformation leads to events like what happened on Jan. 6.