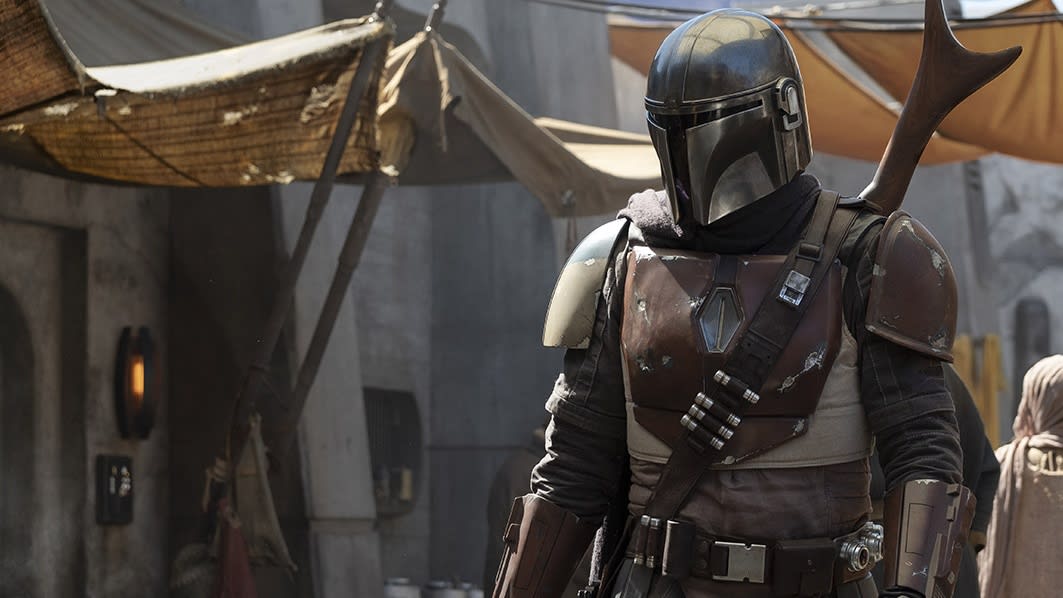 Apple, Disney and NBC all want to give you free streaming TV, but don't expect the party to last

With several new streaming services launching this year and next year, the companies involved are offering enticing deals to sign up for free. This will help Apple, AT&T, Disney and NBCUniversal gain a large base of subscribers quickly.
But eventually those freebies will expire, and prices will go up.

It’s a good time to be a cord-cutter.

Between now and the first half of 2020, Apple, Disney, AT&T and Comcast’s NBCUniversal are all launching their new video streaming services. (Apple’s service, Apple TV+, launched Friday.)

Even better for streamers: All of these services are available for free, one way or another.

Until now, the streaming space has been dominated by Netflix and its 150+ million global subscribers. But newcomers are starting to experiment with a “freemium” model where customers can get in for free or cheap at first. The hope is they like what they see enough to start paying later on.

-Apple will give customers a free year of Apple TV+ when they buy a new iPhone, iPad, Mac or Apple TV box. Subscribers to --Apple Music’s student plan also get the TV service for free. (Normal price: $4.99 per month)

-Verizon will give wireless customers and new Fios cable customers a year of Disney+ for free. (Normal price: $6.99 per month)

-AT&T will offer HBO Max, which includes loads of extra content from across WarnerMedia on top of the standard HBO stuff, for free to current “regular” HBO subscribers. (Normal price: $14.99 per month)

-Comcast is expected to give away an ad-supported version of its Peacock streaming service to everyone, CNBC reported Friday. (There will be an ad-free version of Peacock that costs money, but NBCUniversal hasn’t revealed a price yet.)

-That’s a lot of free stuff! A special congrats if you’re a Verizon Wireless subscriber who bought a new iPhone and also subscribes to HBO - you just hit the jackpot of free content.

The free offers should help each service grow at a faster clip than Netflix ever did. Apple, for example, will likely sell about 100 million gadgets eligible for the free year of Apple TV+ by the end of the quarter. Verizon already has over 150 million wireless subscribers. Even if a modest percentage of those customers take the free offers, Disney+ and Apple TV+ will have tens of millions of subscribers within months.

So, what’s the catch? (Because there’s always a catch.)

Just look to Netflix for guidance.

When Netflix first launched its streaming service in 2007, it was bundled together with its DVD-by-mail service. Eventually, it split of a streaming-only plan at $9.99 per month, a price that held firm for several years. But then users became hooked, and Netflix gradually began raising prices. Millions of people happily paid more, and Netflix’s subscribers kept growing. Today, Netflix’s most popular streaming plan costs $12.99 per month.

Netflix’s new streaming rivals are signalling that they’ve adopted the same strategy: Get subscribers in with a broad offering of engaging stuff to watch for cheap, then gradually raise the price over time. The deals may sound good today, but the streaming business is expensive and these companies have to make money somehow. AT&T, for example, said it expects HBO Max to be profitable in 2025.

In an increasingly crowded streaming space, it’s going to be impossible for everyone to be a winner. Something will have to give. We already saw the first casualty in the streaming wars on Oct. 29 when Sony announced it would shut down its live TV streaming service PlayStation Vue early next year. It likely won’t be the last one to die.

So binge while you still can. The free ride’s not going to last forever.