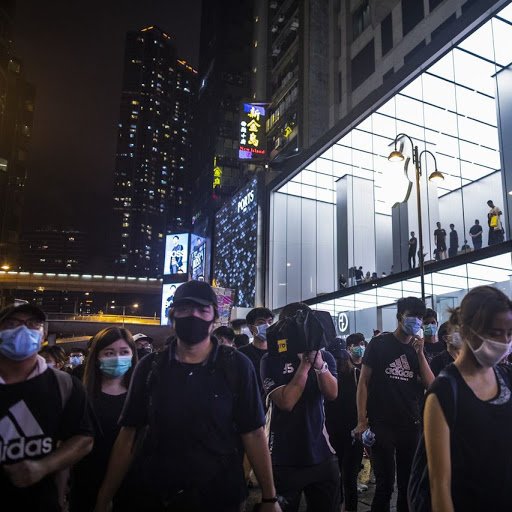 Tech giant Apple Inc. shut its stores early citywide on Monday, as fears of escalating violence and spiraling lawlessness linked to weekslong protests spurred concern among businesses and the public.

A day after police fired tear gas in clashes with thousands of protesters, Hong Kong remains on edge as officials conceded no ground and activists accused the government of coddling a rise in vigilante justice. In the north of the city, a mob of white-shirted men stormed a subway station late Sunday and beat people whom they blamed for taking part in the earlier antigovernment protest.