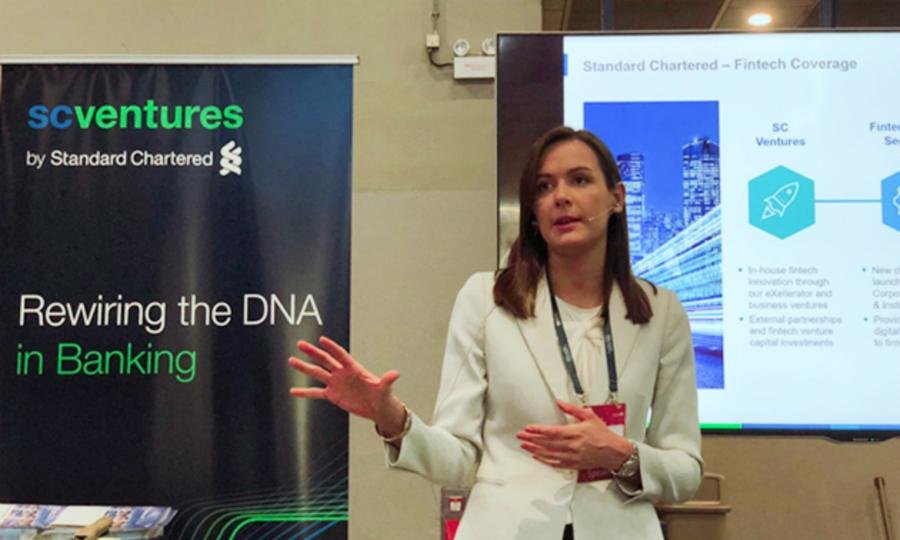 Fintech banking unit just opened second Hong Kong-based eXellerator innovation lab; global head explains why
The Greater Bay Area is of huge importance and we would like to grow it much more,” Lucy Demery, global head of Standard Chartered Fintech Banking, said in an interview with Asia Times.

“We recognize we could be doing more in the Greater Bay, Demery said. “Standard Chartered has had a strong franchise in Hong Kong for a long time. Across the Bay there is so much innovation and Standard Chartered is well-positioned to help accelerate that innovation.”

She added, “It’s a really important way for us to plug into the financial services innovation ecosystem across china. In many ways, China is leading the world in fintech. That’s why we set up the eXellerator to try to support the emergence of new competition and smaller players who are not only innovating around payments, but also around credit both for consumers and merchants – and also wealthtech and insurtech. We would like to explore more in each of those financial services verticals.”

In terms of fintech innovations not just across the Greater Bay Area but also on a global scale, traditional commercial banking players usually collaborate with newly rising fintech “unicorns.”

When it comes to what different roles banks and fintech companies can play in fintech collaborations, Lucy Demery said, “Our banking tech talent and engineering teams are able to keep pace with one of the most advanced technology companies in the world. Even for fintech giants, there’s still a need for traditional banks in building the infrastructure of tomorrow and helping connect corridors between different markets where we’ve been present for a long time.”
#ANT