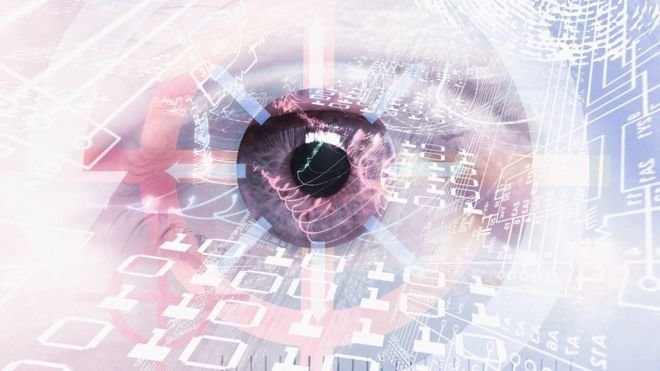 A Japanese man accused of assaulting a singer says he located her through the reflection in her eyes.

A Japanese man accused of stalking and sexually assaulting a young pop star told police he located her through the reflection in her eyes in a picture, according to local media reports.

The man said he had identified a train station reflected in the singer's eyes in a selfie she posted online.

The 26-year-old then waited at the station until he saw his victim and followed her to her home, police said.

The case has prompted debate about the threat of cyber-stalking.

The suspect, named by police as Hibiki Sato, is accused of following the woman home on the night of 1 September and molesting her.

Gangnam: The scandal rocking the playground of K-pop

Following his arrest later that month, he told police he was a big fan of the woman, who was described as a 21-year-old "Japanese idol" in local media reports.

The suspect told police that after zooming in on the image of her eyes, he used Google Street View to identify the station.

He also said he had studied videos the woman shot in her apartment, looking at details such as the placement of curtains and the direction of natural light coming through the window to try to determine exactly which floor she lived on, reports said.

"Higher quality images allow for more details to be identified that can help with geolocation, and the more reference imagery there is from services like Google Street View, the higher chance there is of finding a location," Eliot Higgins, the founder of investigations site Bellingcat, which has pioneered online investigative techniques, told the BBC.

"Never post anything online you wouldn't want your boss, partner, or worst enemy to see. Even what seems like the most private setting online can be exposed, just ask Coleen Rooney."

In 2016, Japanese singer Mayu Tomita was left in a critical condition after being repeatedly stabbed by a fan as she was waiting to perform at a concert in Tokyo. It was reported this year that she was suing the government for not doing enough to protect her
Pop star Maho Yamaguchi went public earlier this year with allegations that she had been assaulted by two obsessive fans
Shuichiro Hoshi, a professor at Tokyo Metropolitan University and expert on the risks of social media, told the Tokyo Reporter that improved picture quality on smartphone cameras had increased the risk of private information "being leaked unexpectedly".