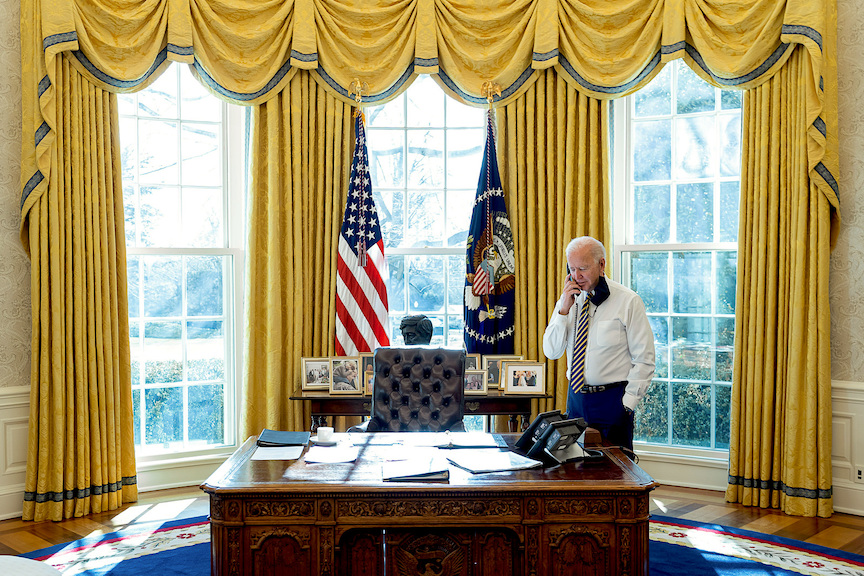 The Biden administration has proposed requiring the collection of data on foreign cryptocurrency investors active in the U.S., aiming to bolster international cooperation to help in a broader crackdown on tax evasion.

The Treasury Department, in its “Greenbook” of revenue proposals released last Friday, proposed a requirement for cryptocurrency brokers, such as exchanges and hosted-wallet providers, to provide information to the IRS on foreign individuals indirectly holding accounts with them.

“They clearly feel that right now there’s a blind spot for foreign owners,” said Jorge Castro, a tax attorney at Miller & Chevalier Chartered who previously worked at the IRS and as a Democratic tax counsel on Capitol Hill. The proposal addresses “certain passive entities and their substantial foreign owners,” the Treasury said.

The U.S. could then provide that information to foreign governments and, in exchange, receive information on any U.S. individuals concealing cryptocurrency assets and dodging their U.S. tax liabilities by using offshore exchanges and wallet providers.

The move, which would require congressional legislation, is part of a campaign by President Joe Biden’s administration to strengthen tax enforcement to help pay for trillions of dollars of proposed longer-term spending programs. It also coincides with the Treasury’s engagement with counterparts around the world to set a global minimum tax for corporations.

Officials say cryptocurrencies have served as a significant contributor to the growing tax gap — the difference between taxes owed and actually paid on time — that Internal Revenue Service Commissioner Charles Rettig has estimated may exceed $1 trillion a year.

There may also be a cyber-security element. White House Press Secretary Jen Psaki said Wednesday that expanding analysis of cryptocurrencies is one of the steps the administration is taking to help curb cyber attacks.

The Blockchain Association, whose members include trading platforms that would be subject to the new reporting requirement, declined to comment. Cryptocurrency exchanges Kraken and Coinbase didn’t return requests for comment.

The proposal to require reporting on foreign owners seems aimed at those who set up shell companies in the U.S. to transact in cryptocurrency, said former IRS Chief Counsel Michael Desmond, who’s now a partner at Gibson, Dunn & Crutcher LLP.

The IRS’s Criminal Investigation division has already been working with agencies in other countries — Australia, Canada, the U.K. and Netherlands — to pursue global tax cheats, including those using cryptocurrency. To the extent permitted under each country’s laws, the agencies share information and coordinate efforts.

“The global nature of the crypto market offers opportunities for U.S. taxpayers to conceal assets and taxable income by using offshore crypto exchanges and wallet providers,” the Greenbook proposal said.

The Treasury, prior to the start of this year, was already working on proposed regulations under existing law that would require cryptocurrency brokers to report certain information to the IRS, including the identities of their customers and the gross proceeds from sales.

The Greenbook suggests that project can still move forward through the regulatory process, but the new requirement on indirect foreign investors will need to be added legislatively, according to Lisa Zarlenga, a partner at Steptoe & Johnson LLP and former Treasury tax legislative counsel.