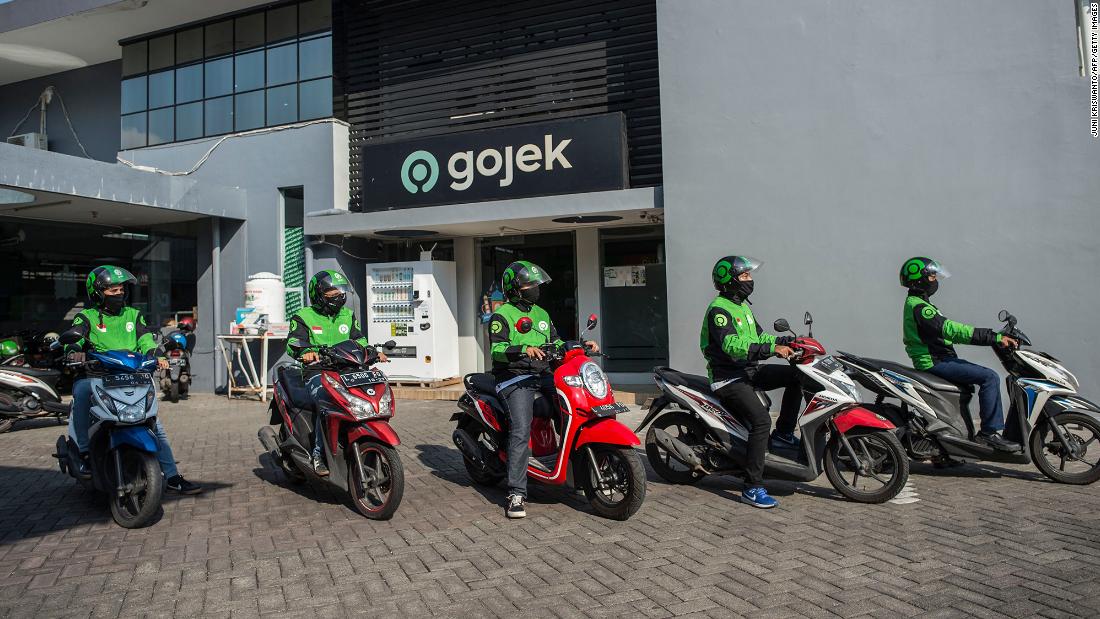 Gojek and Tokopedia - two of Indonesia's biggest startups - have agreed to merge to create the largest tech group in the country and one of the biggest ride-hailing and e-commerce companies in southeast Asia.
The new entity will be called GoTo Group, the two companies said in statement Monday, and is backed by tech heavyweights including Alibaba (BABA), Tencent (TCEHY), Facebook (FB), Google (GOOGL) and SoftBank (SFTBF).

Based on fundraising carried out in 2019 and 2020, the combined value of the two companies is at least $18 billion, making this union the largest ever between two Asian Internet companies, the statement added.

Gojek, based in Jakarta, started as an app where people could order motorcycle rides, and has since expanded into food delivery, on-demand groceries and services, logistics, medicine delivery and more. Users can pay for everything using Gojek's mobile payments platform. Tokopedia, an e-commerce platform launched in 2009, allows anyone to start an online store. Toko means "shop" in Bahasa Indonesia.

Gojek's CEO Andre Soelistyo will be Go To's chief executive and Tokopedia's President Patrick Cao will be president of the combined business.

"GoTo Group will account for more than 2% of GDP in Indonesia and we're going to create a lot more employment and income earning opportunities as our company and the economy expand," Cao said in a statement.

The combined entity will focus not only on Indonesia, the world's fourth most populous country, but also on other emerging markets in southeast Asia where Gojek already operates.

"Gojek drivers will deliver even more Tokopedia packages, merchant partners of all sizes will benefit from strengthened business solutions and we will use our combined scale to increase financial inclusion in an emerging region with untapped growth potential," said Soelistyo.

The news of the merger comes a month after Gojek's bigger regional rival Grab announced its eye-popping Wall Street debut. In April, the Singapore-based startup said it would merge with a special-purpose acquisition company, or SPAC, backed by Altimeter Capital in a deal that would pave the way for a New York listing and value the company at about $39.6 billion.
#Facebook  #Alibaba