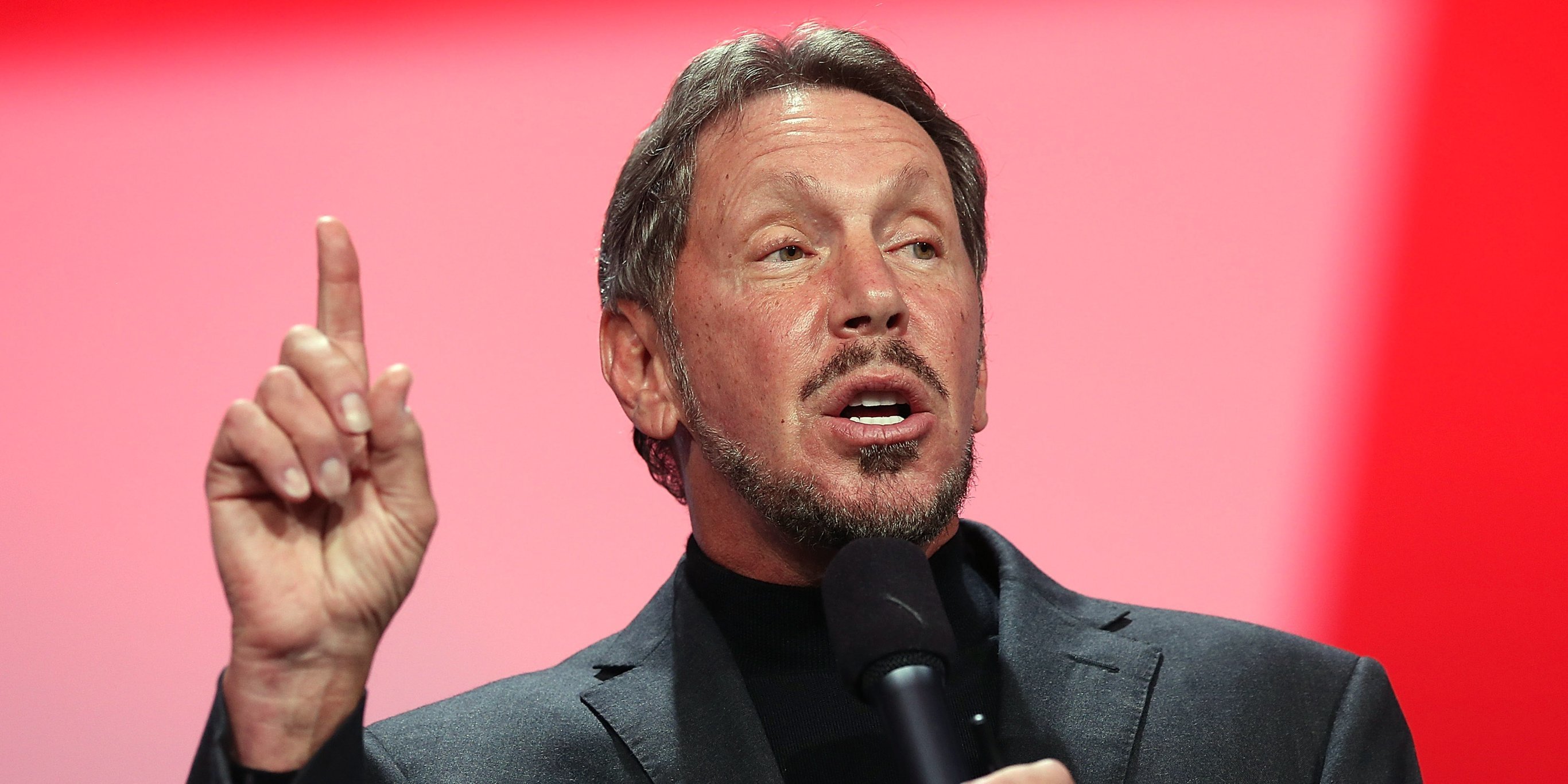 Oracle's billionaire cofounder and CTO, Larry Ellison, said WeWork is "almost worthless" in a scathing indictment of the company's business model. Ellison offered a scathing take on WeWork's business model: "WeWork rents a building from me, and breaks it up, and then rents it. They say, 'We're a technology company, and we want a tech multiple.' It's bizarre."

He made the statement during a meeting with entrepreneurs on Wednesday at his home in the Pacific Heights neighborhood of San Francisco attended by Barron's.

"WeWork rents a building from me, and breaks it up, and then rents it," Ellison said, according to Barron's. "They say, 'We're a technology company, and we want a tech multiple.' It's bizarre."

The company was privately valued at $47 billion when it filed an S-1 in mid-August for an initial public offering. One month later, WeWork's parent company was said to have been mulling going public at a valuation of $10 billion to $12 billion.

It has paused its IPO - it was originally supposed to go public this month but is now said to be aiming for the end of the year.

The story of what happened is complex and ongoing, but one particular thread stands out from the past month of WeWork news: CEO Adam Neumann's repeated self-dealing while leading the company.

The company's S-1 revealed that Neumann owned several properties that WeWork leased from him and that he sold the rights to the word "We" to WeWork for nearly $6 million. He has since given back the money for the naming rights and committed to giving his profits from the related real-estate deals back to the company.

WeWork and Neumann have received plenty of criticism in the past month, including from Scott Galloway, the New York University Stern School of Business professor, bestselling author, and tech-industry pundit, who deemed the company "WeWTF" after it filed its S-1.

"This is not the way everybody behaves," Costolo told The Wall Street Journal in a profile of Neumann. "The degree of self-dealing in the S-1 is so egregious, and it comes at a time when you've got regulators and politicians and folks across the country looking out at Silicon Valley and wondering if there's the appropriate level of self-awareness."

A WeWork representative declined to respond to Ellison's criticisms.