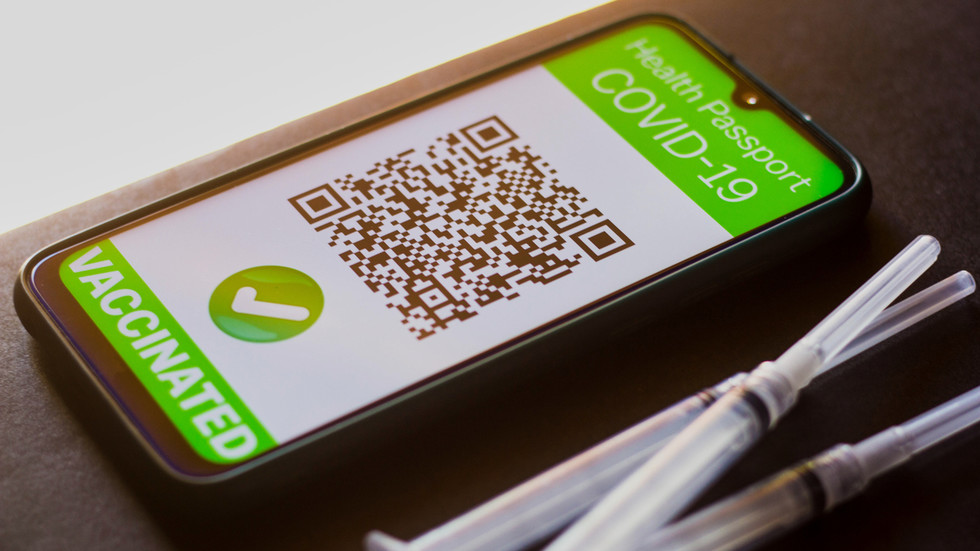 Forcing citizens to carry digital certificates showing that they’ve had the jab - and barring them from events and buildings if they haven’t - is a dangerous step that will create a two-tier society.
On 12 January, the UK minister for Covid Vaccine Deployment, Nadhim Zahawi, responded on Twitter to an article in the Telegraph, saying: "We have no plans to introduce vaccine passports. We have vaccinated, as of yesterday, 2,431,648 first dose and 412,167 second dose. No one has been given or will be required to have a vaccine passport."

Three months on, it seems like the UK government is pretty keen on them. Last week, the cabinet secretary, Michael Gove, who has been conducting a review of the idea, asked Telegraph readers about their views:

"Certification will be an inevitability for international travel. It could be a valuable aid to opening up our domestic economy and society faster. Unless the Government takes a lead, we risk others establishing the rules of the road. So where should the lines be drawn to help protect freedoms, respect privacy, promote equality and get us back to normality? And how can we ensure our approach is proportionate and time-limited?" (Those readers then proceeded to pillory Gove him in their thousands about the plan.)

The government has already announced test events for the FA Cup final, nightclubs and other events. Notably, there doesn't seem to be any plan yet to test vaccine passports in pubs and they will reopen regardless on Monday 17 May in England. But there have been suggestions that hostelries that use vaccine passports will be able to open without social distancing and limits on numbers. Given that pubs struggle to be profitable with social distancing, they are effectively being told that they can only really return to economic viability if they accept some form of certification.

This is mad. 'Covid certification', as the government prefers to call it, would represent proof of vaccination, prior infection or a recent negative test. However, the smartphone app put forward to be the mainstay of this won't be ready until well after 31 July, when every adult should already have been offered a jab. The latest figures are that over 60% of adults have already had one jab and over 10% have had a second dose. By the time the pubs reopen in mid-May, everyone over 70 with a serious underlying condition or who works in health and social care will have been offered a second jab. So, we could be asked to prove we have a vaccination when venues will already be correct to assume that everyone has had at least one jab and the most vulnerable will long since have had two.

Those who haven't been vaccinated will either not have been offered one, for medical reasons, or decided (as should be their right) not to have one. Since the UK's vaccination advisory body yesterday announced, in a very precautionary way, that people under 30 should be offered an alternative to the Oxford/AstraZeneca vaccine, many younger people, at very low risk of serious illness and death from Covid, may decide to wait. Should they be discriminated against because of this decision?

In any event, those aged 18-29 without a serious medical condition are already at the back of the queue for vaccination. Should this mean that they must also wait months to be able to attend concerts, festivals, sporting events and all the rest? Younger people have in many ways made the greatest sacrifices during this pandemic. Despite the fact that they are at low risk of serious illness and death, they have been the ones most likely to lose their jobs, denied the right to socialise and even barricaded into student halls. As one writer puts it, passports are a kick in the teeth for young adults.

Moreover, an ongoing problem for the vaccine rollout has been hesitancy among ethnic minorities, with up to 40% of people in some groups wary of getting the jab. Vaccine passports could then become a form of unintended discrimination against particular ethnic groups. That's not a good look for a government already getting hammered over last week's report on racism, which found that institutional racism was not a problem in the UK today.

This would, inevitably, lead to a two-tier society of the ‘cleansed’ and the ‘unclean’, with one group enjoying rights to go to the pub, to sporting events and concerts, and to shops, while the unvaccinated will be barred. Look at what Ireland let slip this week, as it promoted ‘digital green certificates’ for the inoculated: that those with it will get “additional freedoms”. This is so far from what a democracy does, I am flabbergasted we are even considering such measures.

In reality, proof of immunity should be an irrelevance in the UK pretty soon. Figures out from the Office for National Statistics suggest that Covid deaths have fallen by 92% from their January peak. Some of that decline will be due to social distancing measures, but there is a clear vaccine impact now apparent, which will only get stronger as more people get a jab and those vaccinations take effect. Another study published this week suggests infections across the whole population are down to one in every 500 people – but with just one in 1,000 people over the age of 60, the highest-risk group, infected.

The combination of social distancing and vaccination has brought cases, hospitalisations and deaths down to the levels at the start of last autumn. With more and more people vaccinated, the levels of serious illness and death should stay that way, more or less. Results from models suggesting high numbers of people dying in an 'exit wave' have been revised down recently, too, as previous assumptions about vaccine uptake and effectiveness have been shown to be too pessimistic.

The flip side is the expansion of the surveillance state. People will also be rightly sceptical that once we've created a form of bio identification, built on a centralised database, it will magically disappear once Covid is under control. In reality, governments have an unhappy tendency to turn emergency rules and regulations, created for one situation, into permanent restrictions and snooping on our lives. The warning that philosopher Byung-Chul Han issued a year ago – that Western nations will turn into “biopolitical surveillance regimes” – seems prophetic.

As an editorial in the Spectator in November 2004, in response to Tony Blair's plan for national ID cards, put it: "The government would love to put issues such as these beyond the bounds of debate by creating an air of national emergency. As far as the Prime Minister is concerned, Britain is at war: with terrorists, muggers and fraudsters. Therefore, exceptional measures are required and anyone questioning them is guilty of putting national security at risk. We do not share this analysis. We live in peacetime, and therefore the normal considerations of liberty apply."

The magazine's editor at the time? Boris Johnson. Sadly, ever since he made his first big decision as mayor of London to ban drinking on public transport, it's been blindingly obvious that Johnson's rhetorical love of liberty is in stark contrast to what he does when he actually has some power.

Covid certificates are a solution in search of a problem. We are already in a position where the government's 'roadmap' for opening up society could be safely accelerated. Yet in these risk-averse times, Johnson's government – like so many previous ones – seems unwilling to let the emergency end, even at the expense of vital liberties.
#Boris Johnson  #AstraZeneca  #Johnson  #vaccine  #Covid