The Bitcoin concept of democratizing money is not going down well with the leeches and parasites who hoover the pockets of the working class in order to maintain their comfy lifestyles as civil servants and bank officers. The colonial Bank of England's Sir Jon Cunliffe raises concerns about the “financial stability risk” of cryptocurrencies. In fact, his real concern is that crypto shifts the ownership of money back from the banks to the real owners: the people who worked hard to earn it. If “Sir”Jon Cunliffe cares about money, why doesn’t he simply go out and work for it for a change, instead of making his living off the backs of the people who have to strive hard every day for it.

“Crypto technologies do not pose a risk to financial stability ‘at the moment’”, he said.

“But there are ‘very good reasons’ to think that this might not be the case for much longer”, Sir Jon said in a speech.

As we all know, there are always two reasons for doing anything: a good reason and then the real reason.

A future cryptocurrency collapse could spread through markets, he said, as the good reason.

The real reason is that he is afraid that his worthless job, and those of the other leeches, will evaporate, as well they should. Then he and his ilk will no longer be able to practice their polished parasitism: sucking the blood out of the working class while sitting on their fat arses doing nothing real.

Yes, “a severe fall in the value of crypto-assets - for example, to zero - could force investors who have taken on debt with brokers to have to find cash to pay them”. (Duh, Sir Jon: you don't think this can happen with a fiat currency? The fact that fiat is backed by a central bank is meaningless when the central bank is bankrupt - like Venezuela, for example.)

"Similarly, there is the possibility of contagion," he said. "A large fall in crypto valuations could affect investor risk sentiment more broadly, causing investors to sell other assets that are judged to be risky and those perceived to have a similar investor base.” "Interconnectedness creates the possibility that shocks are transmitted through the financial system," he added.

But this happens, and will continue to happen, also for investors in Wall Street and the City. "Caveat Emptor" applies just as well online as offline. Anyway, what’s the difference between a crypto bubble and a Wall Street bubble? (Apart from the leeches sliming their way down the Street, that is.)

That means that every day more and more people are preferring to trust “nobody” (Satoshi Nakamoto) rather than trust bankers such as “Sir” Jon Cunliffe. (Just loot at his picture. would you buy a second-hand, car from this man?)

When the bankers and regulators take actions so as to keep ripping off the working class, the people have very good reason to look for alternatives. Bitcoin is not perfect, it’s far from being perfect. It’s just more trustworthy than the manipulated, controlled and unreliable fiat currency. Bitcoin provides what money in the bank doesn’t: ownership. Real full independent ownership. Not a money that can be taxed or confiscated every time the leaders need to finance more luxuries, bribe and corruption.

Bitcoin's value is going up and up not because Bitcoin has more and more value, but because the trust in banks and central banks' banknotes is of less and less value.

People have finally realised that the myth of “the US Dollar being trusted because it's backed by somebody” actually means "the dollar is backed up by nothing except the ability to print more and more of that nothing". Then not surprisingly they start to trust each other with alternative methods of exchange, instead of trusting bottom-feeding bankers touting printed currency backed by nothing real.

People now understand that the quantity of Bitcoins has a fixed and final limit (Bitcoin inventor Satoshi Nakamoto capped the number of bitcoin at 21 million, meaning there will only ever be 21 million bitcoins in existence),  whereas Central Bank currencies have no quantity limits.  Which is exactly what makes Bitcoin valuable and the Central Banks' currencies worthless. If they can print as much as they want, and give it for free to whomever they want, it’s not real money anymore; it’s a Central Bank monopoly on every person's real assets. A method of exchange it surely is not. Not anymore.

But, a method of control it certainly is. And for no reason. There is no reason why in 2021 (unlike 1821) any bank officer or public servant should have the right to control other people's money and assets, while feeding on the fruits of other people's labour. The money that people earn should belong to those people, not to the banks or any other institution.

Bitcoin is about freedom, not about money. Money has lost its meaning and real value anyway. With their billions and trillions the rich can fly to the moon, while the UK has no food in the supermarkets and no fuel in the petrol stations. Yet they're worried about Bitcoin volatility?

Hey, Bankers! Give us a break. You're almost as crooked as our politicians. 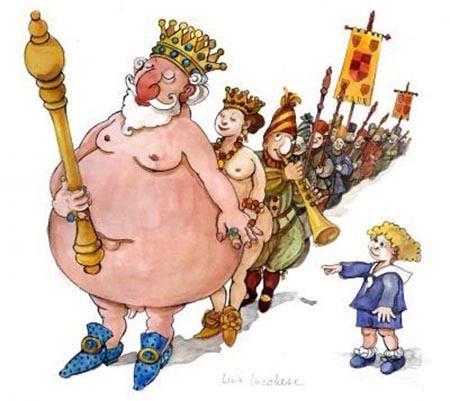