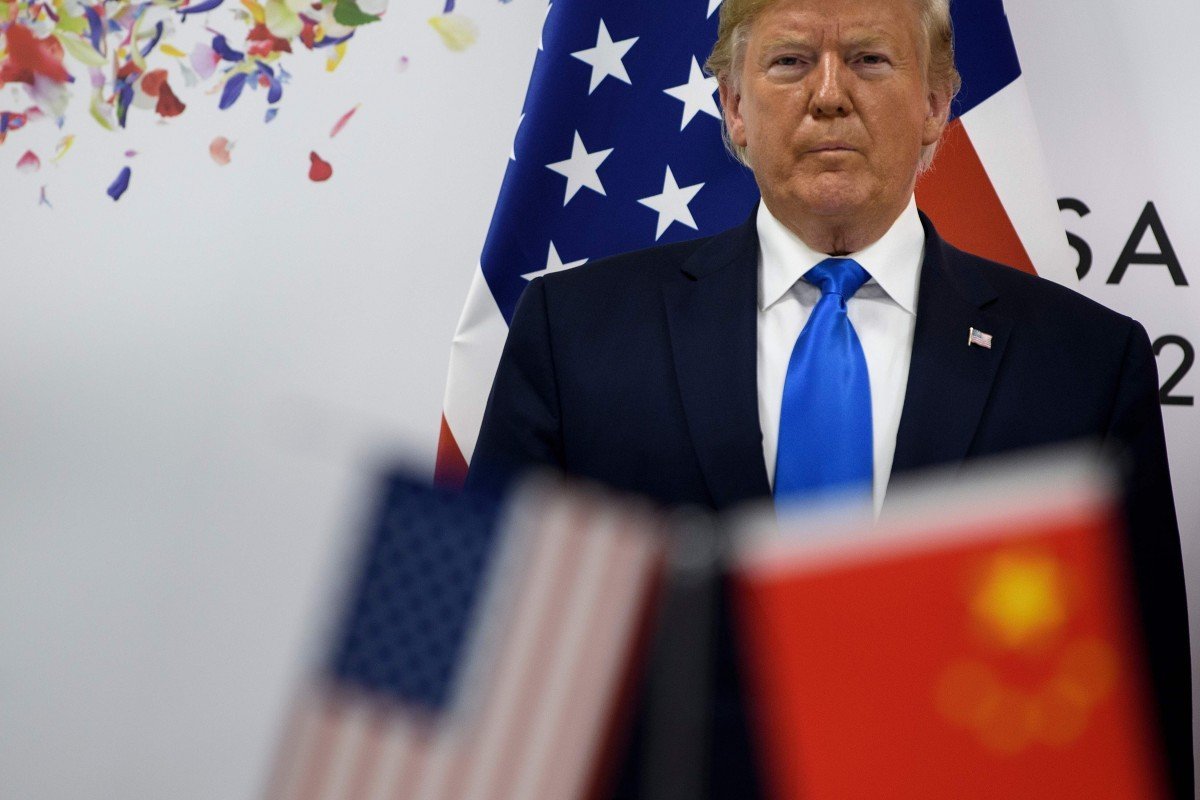 Former national security adviser says Chinese president suggested that he would ‘owe Trump a favour’ if sanctions on companies were eased. Xi also lectured US leader on Treaty of Versailles humiliation at G20 talks, according to memoir

Chinese President Xi Jinping made personal appeals in trade talks with his US counterpart to remove sanctions on Chinese technology firms, according to a tell-all memoir by former American national security adviser John Bolton.

In his book The Room Where It Happened , Bolton said Xi raised discussions of the companies, ZTE and Huawei Technologies, in phone calls in May 2018 and June 2019, saying he would be indebted to Donald Trump if the sanctions were eased.

In talks on trade and Taiwan at the Group of 20 summit in the Japanese city of Osaka in 2019, Xi lectured Trump on the humiliation that China experienced as a result of the Treaty of Versailles a century earlier, according to the book. The treaty drafted in Paris in 1919 ended World War I but China refused to sign because it returned German-occupied Shandong in eastern China to Japanese control rather than Chinese rule.

The G20 discussion came a year after an 8.30pm phone call on May 8 between the leaders in which Xi brought up the issue of US Commerce Department restrictions on telecom equipment giant ZTE over its alleged violations of US sanctions on Iran, restrictions that Trump described as “very strong, even harsh”, according to the book.

“[Trump] said he had told [US Commerce Secretary Wilbur] Ross to work something out for China,” Bolton wrote. “Xi replied that if that were done, he would owe Trump a favour and Trump immediately responded he was doing this because of Xi.”

On May 13, less than a week after that evening call, Trump tweeted that he and Xi were “working together to give … ZTE a way to get back into business, fast” as there were “too many jobs in China lost”. In July, the US lifted the crippling sanctions on the company.

While Trump has dismissed Bolton’s book as a “compilation of lies and made-up stories”, the anecdotes and details from his former national security adviser offer a glimpse of the Trump administration’s often erratic policy on China and closed-door talks with Chinese officials. The memoir described Trump’s diplomacy as relying heavily on personal relationships with foreign leaders, including Xi, and the Chinese president in turn making direct requests to Trump on key issues.

In the same May 2018 phone call, amid trade negotiations between the two sides, Trump told Xi he would withdraw the United States from the Iran nuclear deal, and asked Xi if he wanted to know what was in his statement, “in an almost childlike way”, according to Bolton.

“Xi said it sounded like Trump wanted to tell him, a completely on-target insight,” Bolton wrote. “Trump, in a ‘why not?’ moment, said that, feeling trust in confiding in Xi, he was terminating the nuclear deal, which was bad, and that we would see what happened. Xi said he would keep the news confidential.”

A Chinese foreign ministry statement on the call said the two had discussed trade and the Korean peninsula, but did not mention Iran.

In a separate call between the leaders on June 18, 2019, ahead of their sit-down at the G20 summit in Osaka, Xi “pressed hard” to oppose the US decision to add Huawei to its “Entity List” over national security concerns, a move that would bar US companies from doing business with Huawei.

“Xi warned that, if not handled properly, Huawei would harm the overall bilateral relationship,” Bolton wrote.

“In an amazing display of chutzpah, Xi described Huawei as an outstanding private Chinese company, having important relations with Qualcomm and Intel. Xi wanted the ban on Huawei lifted, and said he wanted to work jointly with Trump personally on the issue, and Trump seemed amenable.”

A Chinese foreign ministry statement after the call said Xi had stressed that both sides needed to address each others’ concerns on economic and trade issues, adding that China hoped the US would “treat Chinese companies fairly”.

Trump tweeted after the call that it was a “very good telephone conversation”.

About a week after the Osaka summit, in an apparent softening of the US position on the Chinese firm, Trump said the US sold a “tremendous amount of product” to Huawei, adding: “That’s okay, we will keep selling that product.”

“Huawei is a complicated situation,” Trump said. “The [US] companies were not exactly happy that they couldn’t sell.”

But tensions have since intensified between Beijing and Washington, with the US cutting off shipments of semiconductors to Huawei in May this year and urging US allies to not include Huawei in their 5G infrastructure on national security grounds.

Also at Osaka, Xi warned Trump that relations between the countries could “become unhinged” over Taiwan, the self-ruled island over which Beijing claims sovereignty.

“[Xi] asked for Trump’s personal attention to the issue, probably figuring he had identified his mark and wasn’t going to let him get away,” Bolton wrote.

“Always infuriating to me, Xi urged that we not allow Taiwanese President Tsai Ing-wen to travel to the United States, or to sell arms to Taiwan, both of which Xi deemed critical for stability across the Taiwan Strait.”

Bolton wrote that Trump was not interested in US commitments to Taiwan, adding that Taiwan was “right near the top of the list” of parties the Trump administration would “abandon” after the US withdrew military support for Kurdish fighters in northern Syria.