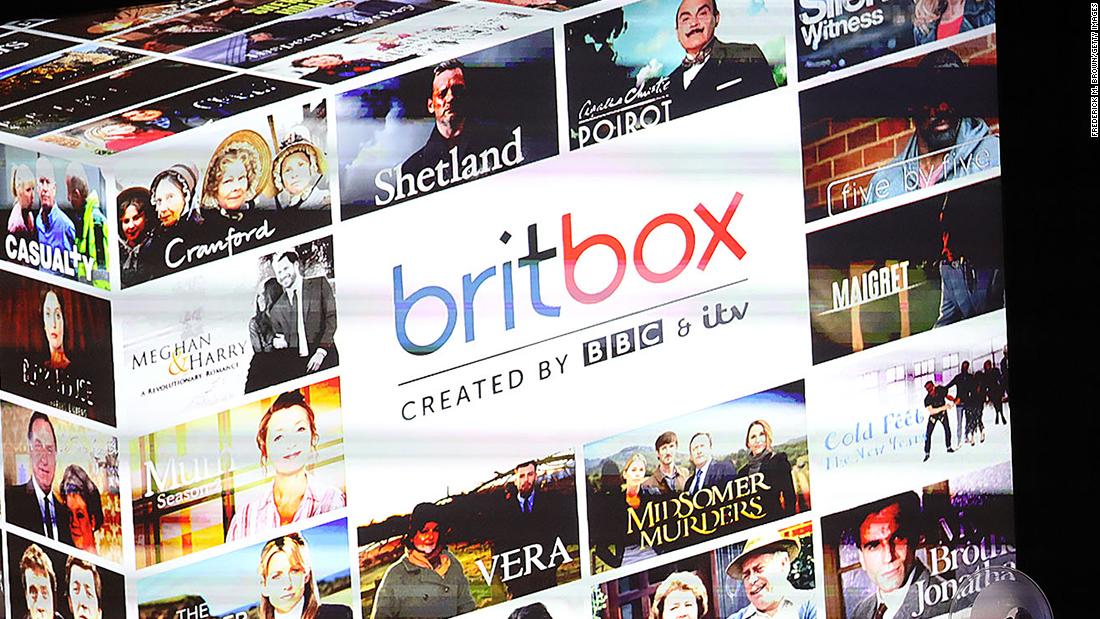 BritBox, a streaming service created by the BBC and ITV, launched in the United Kingdom on Thursday at a price of £5.99 ($7.70) per month. It is already available in the United States and Canada.

The United Kingdom's answer to Netflix has joined the streaming wars.

BritBox, a streaming service created by the BBC and ITV, launched in the United Kingdom on Thursday at a price of £5.99 ($7.70) per month. It is already available in the United States and Canada.

The streaming service faces a growing list of competitors, including Netflix (NFLX), Amazon (AMZN) Prime Video and Apple (AAPL) TV+, which launched in the United Kingdom last week and costs £4.99 ($6.40) a month.

AT&T (T), the parent company of CNN, is working on its own offering, HBO Max. Disney is also launching its streaming product, Disney+, in the United States and some international markets in the next few weeks.

BritBox will try to stand out from the crowd with UK series such as Gavin & Stacey and Victoria, as well as older series such as Agatha Christie's Miss Marple and Poirot.

More than 600 episodes of Classic Doctor Who, originally broadcast between 1963 and 1989, will stream for the first time. Series of The Great British Bake Off produced by the BBC will also be available.

"BritBox features the biggest collection of British content available on any streaming service, and brand new commissions for British production companies specifically created for BritBox," the companies said in a statement.

ITV will initially own 90% of the joint venture, but the BBC has the option to increase its stake from 10% to 25%.

Netflix is the leading streaming service in the United Kingdom, with 11.5 million households subscribed to the service in the first quarter of 2019, according to UK communications regulator, Ofcom.

That compares with 6 million households for Amazon Prime Video and 14.3 million for pay-TV services such as Sky, now owned by Comcast (CCZ).

Nearly half of all UK homes (13.3 million) subscribed to at least one of Netflix, Amazon, NOW TV or Disney Life, with an increasing number subscribing to more than one, Ofcom found.

Disney+ will launch in the United States, Canada and the Netherlands next week, followed by Australia and New Zealand on November 19, with further launches in most major markets expected within two years.