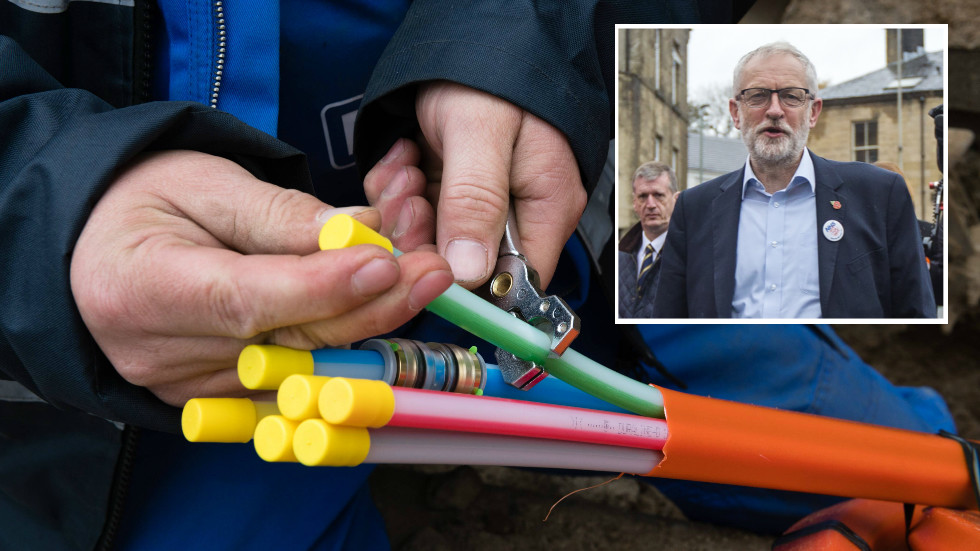 A brilliant idea that will be a boon to the entire UK or a wild and expensive fantasy that will leave consumers with no choice? The Labour Party’s election promise to roll out free broadband has sparked a fierce debate.

In an eye-catching election gambit, Jeremy Corbyn’s party pledged to provide free full-fiber broadband to every home and business in the UK by 2030 if it wins December’s vote.

The plan includes part-nationalizing BT and introducing a tax on tech giants to help pay for the proposal. Labour says it would cost around £20 billion ($25.8 billion) but critics claim the real cost would be twice as much.


Prime Minister Boris Johnson dismissed the idea as “a crackpot scheme” but Shadow Chancellor John McDonnell said the “visionary” plan would “ensure that broadband reaches the whole of the country.”

Unsurprisingly, Labour’s political opponents and private companies who currently sell broadband in the UK were quick to attack the plan but it also raised the hackles of many in the Twittering class.


“Why should I pay for my broadband through my taxes? It makes no sense,” John Rentoul, the Independent’s chief political commentator, asked. “Free broadband – because it’s a necessity of modern, Labour says. But you’ll still have to pay for water, food, electricity and gas. Because, y’know... luxuries,” TalkRADIO presenter Julia Hartley-Brewer added.

Others even alleged that the plan had dark intentions, suggesting it is a “Marxist” plot to control information. The BBC attracted criticism for running a graphic reading “Broadband communism?” in its coverage of the proposal.

Only 8-10% of premises in the UK are connected to full-fibre broadband. It's 97% in Japan.

8 in 10 of us experienced internet problems in the last year.

So we'll make the very fastest full-fibre broadband free to everybody, in every home in our country.

However, the plan also has many enthusiastic supporters, with some heralding it as "electoral genius". Guardian writer Ellie Mae O'Hagan said: “So let me get this straight, the right wing arguments against free broadband for everyone are: 1) the country of the NHS can’t produce a free publicly owned service for everyone; 2) this violates my right to pay for broadband. OK then.”

Free broadband? “Free”?
It’s all about priorities. Money that Labour promises to spend on such goodies is money that can’t be spent on the NHS, roads or as tax relief. It’s your choice but I’d rather government focused on doing a few things well and not on a massive power grab.

And here's an interesting fact: having one infrastructure provider is cheaper than the Tory's approach of having several. By some £12bn.

Says who? Says the research the government itself has published... https://t.co/bsJhBiaqQ6

Naturally, as is the case in any polarizing debate, many people just decided to crack jokes from the sidelines. “Don’t know how Boris Johnson can top Labour’s free broadband pledge – except, perhaps, giving everyone his login and password for Netflix,” historian and Daily Telegraph writer, Tim Stanley, quipped.

Make no mistake free broadband to all households and businesses will be positively transformative for our economy! This is the sort of move that will put Britain ahead and resuscitate our fledging economy.
So exciting!!!!!!!! #ge2019 #VoteLabour https://t.co/7rjNC9UyUx

I thought we could bring together Labour's pledges and offer free broadband that only works four days a week.

A report from the Office of Communications (Ofcom) earlier this year revealed that only seven percent of the UK has access to full-fiber broadband.