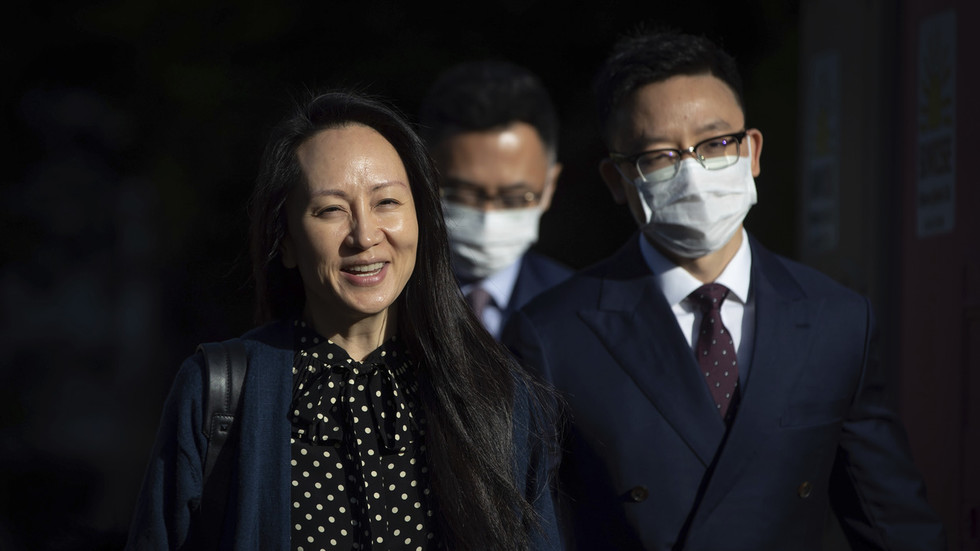 Huawei chief financial officer Meng Wanzhou has entered a deferred prosecution agreement (DPA) in the US, paving the way for her to leave Canada, where she has spent nearly three years in detention.

A Canadian judge ordered Meng released from custody and vacated the bail requirement on Friday afternoon. The Chinese executive was “in tears” as she hugged her lawyers, according to Canadian reporters.

“My life has been turned upside down,” Meng told reporters. “It was a disruptive time for me.” She added she would never forget all the good wishes she received from around the world, and that “every cloud has a silver lining.”

The Huawei CFO entered the plea earlier on Friday as she made a virtual appearance at a New York court session. She was facing multiple charges, including bank fraud and wire fraud, as well as conspiracy to commit bank and wire fraud.

As part of the arrangement, Meng, the daughter of Huawei founder Ren Zhengfei, pleaded not guilty to the charges. The DPA will last four years, from the time of her initial arrest in Canada on December 1, 2018, to December 1, 2022.

“This Deferred Prosecution Agreement will lead to the end of the ongoing extradition proceedings in Canada, which otherwise could have continued for many months, if not years,” Acting Assistant Attorney General Mark J. Lesko said in a statement.

Meng’s admissions confirmed that, “while acting as the Chief Financial Officer for Huawei, Meng made multiple material misrepresentations to a senior executive of a financial institution regarding Huawei’s business operations in Iran in an effort to preserve Huawei’s banking relationship with the financial institution,” Acting Attorney Nicole Boeckmann said.

“In entering into the deferred prosecution agreement, Meng has taken responsibility for her principal role in perpetrating a scheme to defraud a global financial institution,” Boeckmann added.

The DPA pertains only to Meng personally, with the US case against Chinese tech giant Huawei still in the works, the Department of Justice said.

“Our prosecution team continues to prepare for trial against Huawei, and we look forward to proving our case against the company in court,” Assistant Attorney General Kenneth A. Polite Jr. stated on the matter.

The Meng affair has been among several key issues plaguing US-China relations over the past few years, and has also left a major dent in Beijing’s ties with Canada. China has repeatedly criticized the “unreasonable detention” of the executive, with the country’s Foreign Ministry accusing Canada of being “nothing but a tool for the United States to [use to] exploit, suppress dissidents, and seek personal gain.”