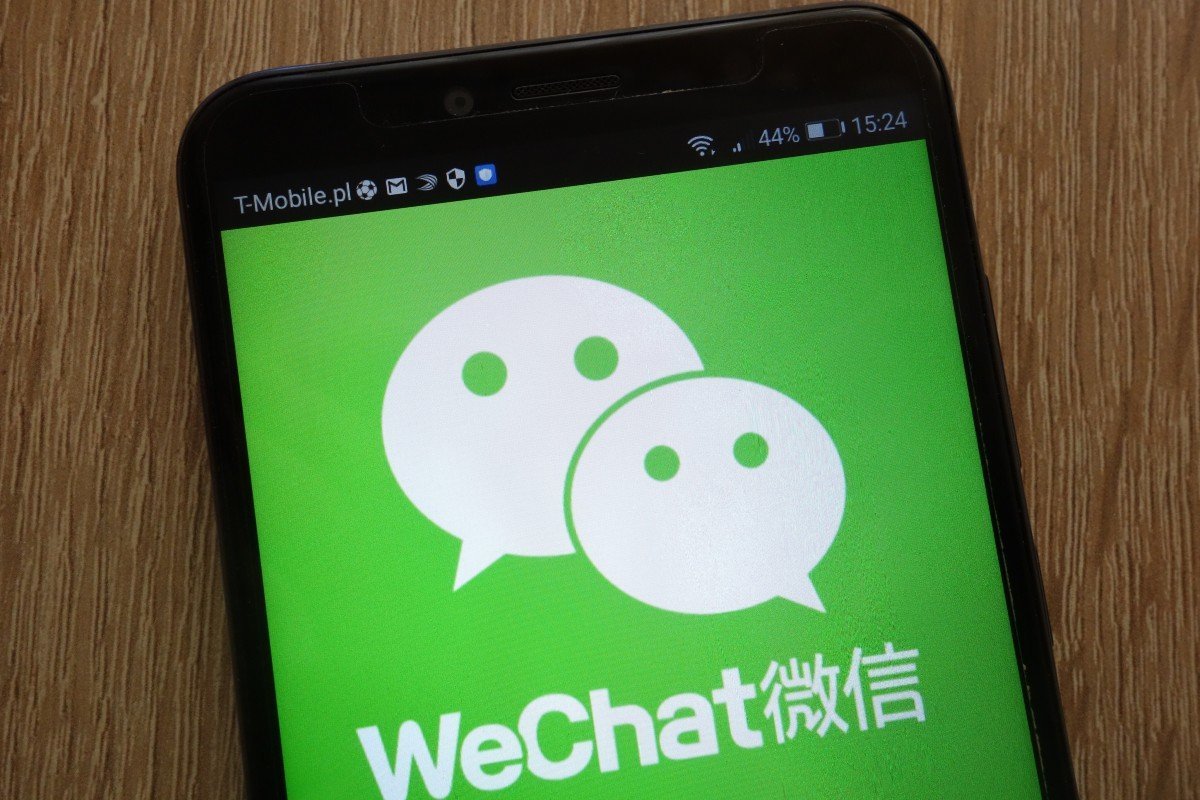 China has shut a virulent anti-US WeChat account for spreading fake news and stoking xenophobia, as Beijing moves to rein in misinformation on social media. Closure comes as Cyberspace Administration of China starts new campaign to clean up misinformation and conspiracy theories on Chinese internet

China has shut down a popular social media account for spreading fake news and conspiracy theories, as Beijing moves to curb misinformation and online hate speech in an attempt to tone down an ongoing war of words with the United States.

Relations between China and the US have hit new lows in recent months, as the two powers clash over trade, the coronavirus, and Beijing’s moves to impose new security regulations on Hong Kong.

“The US has been processing dead bodies from Covid-19 diseases into hamburgers,” was one of the last postings on Zhidao Xuegong – literally the Scholar Forum for Ultimate Truth – which had millions of followers on China’s Facebook-like social media platform WeChat before it was shut down on Sunday.

In an article published earlier this month entitled “Nearly Dead: the Sinking of the US”, the author Mr. Cloud claimed that Covid-19 may have already killed one million people in the US and the dead bodies “were very likely of being processed into frozen meat, fake beef or pork, or processed into cooked meat as hamburgers and hot dogs”.

“Cannibalism has existed in the US before … and only a few dozen years ago, Americans ate blacks, Indians and Chinese,” the author continued.

The article had at least 100,000 readers, with 753 giving money to support the account.

The account was closed for fabricating facts, stoking xenophobia and misleading the public, according to a statement from WeChat.

The social media platform added that another seven accounts associated with Zhidao Xuegong had also been closed.

The closure came as the Cyberspace Administration of China started last Friday an eight-month campaign to remove “illegal and false information” from the Chinese internet, though it is not clear the shut down of Zhidao Xuegong was part of the push. The agency did not reply to requests for comment.

The ban of Zhidao Xuegong, one of a group of commercially run “self media” accounts that are trying to profit from a rise in nationalism among Chinese, could also be a sign that Beijing does not want to go too far in fanning domestic hostility towards the US, or to deepen a blame game with Washington about the origins of the coronavirus.

Victor Gao, vice-president of the Centre for China and Globalisation, a Beijing think tank, said the anti-US sentiment that had emerged online was a natural response to the increasingly hostile attitudes from Washington “in all forms and shapes imaginable”.

“But from the government’s perspective or from the regulators perspective, it is important to try to clamp down on some expressions of extreme positions, even though they may fall into the category of freedom of expression of the internet, because a single voice … may actually create a lot of repercussions,” he said.

Washington’s attempt to blame China for the spread of coronavirus has angered Beijing and fuelled public mistrust of the US.
China has toned down some of its rhetoric after earlier accusations, including claims by foreign ministry spokesman Zhao Lijian that the pandemic might have been brought to Wuhan by the US army, caused diplomatic blowback.

The government’s rigid control of Chinese media has stifled politically sensitive reporting on topics such as the pandemic, though misinformation has been allowed to spread relatively freely online.

This has led to a situation where serious news reports, including an in-depth interview with Wuhan doctor Ai Fen by Portrait Magazine, have been censored but fake stories have proliferated via private channels online.

In March, an individual named Xue Yumin in Fujian province published hundreds of fabricated reports about the coronavirus via WeChat accounts run by three firms. WeChat later shut down more than 50 related accounts for “exaggerating facts and misleading people”.

Those reports were just the tip of the iceberg. Tencent, which owns WeChat, said it had closed down 2,500 accounts for “misleading content” and shut another 20,000 accounts for fake news since the coronavirus outbreak began.

While China has the world’s most sophisticated censorship system, misinformation and sensational content still runs wild on the internet. There are about 30 million social media accounts on WeChat alone.

Zhidao Xuegong stood out for appealing to super nationalism and xenophobia by publishing articles such as “Why learning English makes you stupid”.

According to corporate registration information, the account was run by Jiangsu Hualou Xipan Culture Media, a firm owned by Shanghai Dianze Culture Development Company. Yao Yuxiang, the owner of the Shanghai company, said he was “surprised” about the account’s closure when reached by the South China Morning Post.

Yao said the content of the accounts was produced by a single employee called Wang Kai, and claimed the material “doesn’t represent the company’s stance”. The Post was unable to reach Wang for comment.

While the fake news spread by Zhidao Xuegong does not represent China’s official views, the content had the potential to cause diplomatic problems.

Kazakhstan’s foreign ministry summoned the Chinese ambassador in April to lodge a formal protest against another seires of widely shared Chinese articles claiming that people in the central Asian country “are yearning to be part of China”.

Chinese researchers said the wave of misinformation on Chinese social media, which was often led by for-profit business operations instead of the state, could backfire.

Zhan Jiang, professor of journalism at Beijing Foreign Studies University, said public discourse in China had become so warped that only outlets conforming to the government line can expand quickly, allowing misinformation to overrun facts.

“The authorities prefer nationalistic voices and the recent anti-US rhetoric,” he said. “This account was closed down only because it is going too far by fabricating facts, which is now backfiring.

“In short, the authorities have many agents at their beck and call around them.”