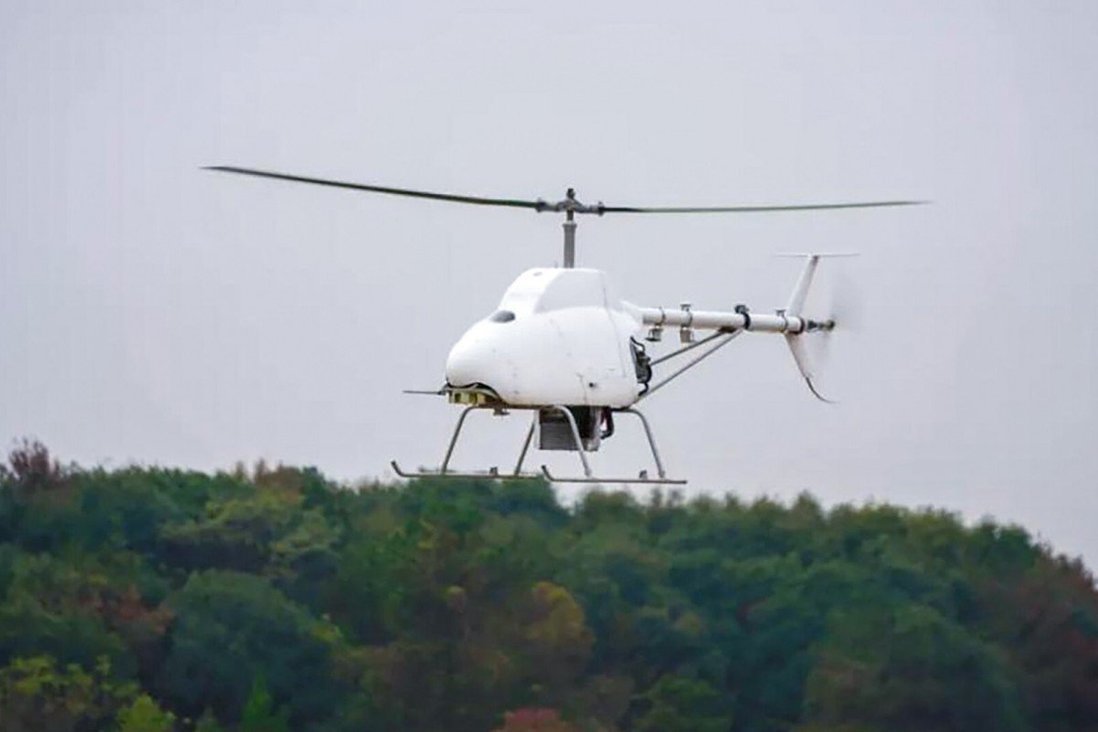 Lightweight unmanned aerial vehicle could be used by both warships and coastguard vessels in South China and East China seas.

China’s first ship-borne helicopter drone – which could be used as a “scout” on warships and play a role in the coastguard – has made its first test flight, according to its developer.

The AR-500B, a lightweight unmanned helicopter, has been designed for wide-area maritime surveillance and identification for both navy and civilian vessels.

Its maiden flight was successfully completed at a test facility in Jiangxi province, in China’s east, in late November, the China Helicopter Research and Development Institute, under the state-owned Aviation Industry Corporation of China, said in a statement.

The drone helicopter carried out take-off, hovering, manoeuvring and landing during the half-hour flight, according to the statement.

t said the drone’s fuel, structure, electronics and avionics systems had been optimised for maritime use so that it could withstand humidity, mould and saltwater. It has also been equipped with guidance and control systems for vertical landing on a ship.

“So overall, the AR-500B drone helicopter will be able to fit into the sea environment and ship-use scenario,” the statement said.

According to a commentary in Chinese defence magazine Ordnance Industry Science Technology on Monday, the drone has been developed to fill an important gap and could be used in a swarm to scout for warships as well as on coastguard vessels in the South China and East China seas.

It said the AR-500B had a far bigger payload and operational range and better endurance than the mini quadcopter drones being used on China’s coastguard vessels – meaning it could be used to expand surveillance and shorten response times including for monitoring and search and rescue efforts, and for “sovereign” patrols.

“It could become the ‘hawk eyes’ for maritime law enforcement,” the commentary said.

The unmanned aerial vehicle could be used by ships to monitor vast areas and identify vessel information – it has an operational range of 100km and can fly for up to four hours, according to the statement.

Developing the lightweight drone has provided valuable technological know-how for the design and production of heavyweight versions to be used on large warships like aircraft carriers and destroyers.

China’s navy in July reportedly carried out the first test flight of a naval version of the CH-5, a fixed-wing reconnaissance and strike drone for its aircraft carriers.

The US Navy is leading development of aircraft carrier-borne fixed-wing drones with its MQ-25 Stingray.