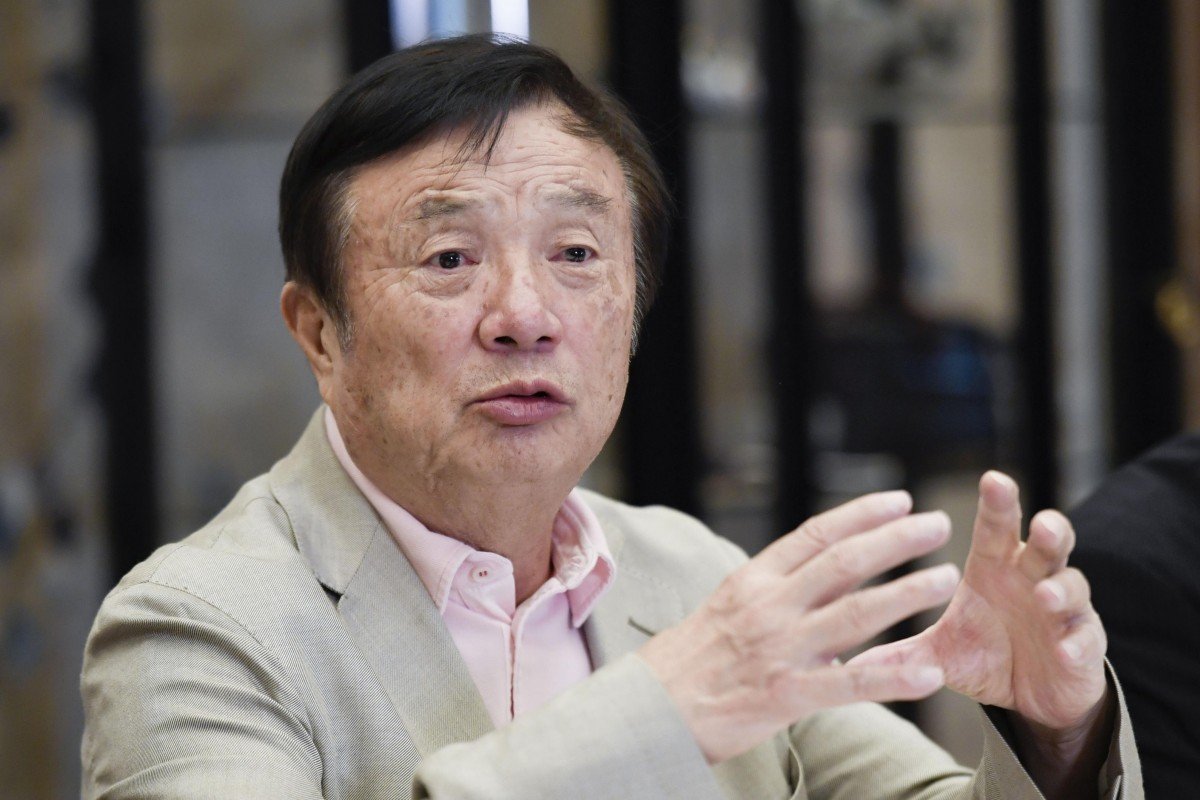 Chinese tech giant also considering building new factories in Europe to make 5G equipment. Huawei has already added 300 employees in Canada this year, while its US research arm, Futurewei, has trimmed its staff by 600

Chinese tech giant Huawei, facing US criminal charges and economic sanctions, is planning to relocate its telecommunications research facilities from the United States to Canada, founder Ren Zhengfei said in an interview published on Tuesday.

Speaking with the Canadian newspaper The Globe and Mail at Huawei’s headquarters in Shenzhen, Ren said the company is also considering building new factories in Europe to make fifth-generation, or 5G, equipment.

The pivot comes as Washington steps up pressure on allies to ban Huawei components from 5G networks, warning that it may be used by Beijing for spying or hacking.

Canada is reviewing the technology but has not announced a decision.

Huawei’s centre for research and development “will be moved out of the United States and will be relocated to Canada”, Ren told The Globe and Mail.

Huawei has already added 300 employees in Canada this year, for a total of 1,200.


“The director in charge of business plans in the United States is actually working in Ottawa,” he said.

The company’s US research arm, Futurewei, has already trimmed its staff by 600 to about 250, as US restrictions have impeded its ability to work with the parent company.

“We can’t exchange calls or emails with them,” Ren said. “That’s why we will shift our focus of development more toward Canada.”

Huawei has stripped US technology from 5G equipment sold around the world, and by the end of next year Ren said he expects its entire consumer line-up to be purged of US parts.

In Europe, Huawei “plans to set up factories”, he said.

By manufacturing 5G equipment outside China, “the cost may be a little higher, but we may be able to win more trust from Europe”.


The plan for factories in the European Union, however, is subject to a feasibility study.

Relations between Canada and China soured after Meng Wanzhou, Huawei’s chief financial officer – and Ren’s daughter – was arrested last year during a flight stopover in Vancouver, British Columbia, on a US warrant alleging violations of sanctions against Iran.

Meng remains in Vancouver, fighting extradition to the US.

In apparent retaliation, Beijing detained and accused two Canadians of spying, while blocking billions of dollars in Canadian agricultural shipments

“It’s obviously political interference from the US,” Ren said.

“I think Canada should ask [US President Donald] Trump to reimburse its losses.”