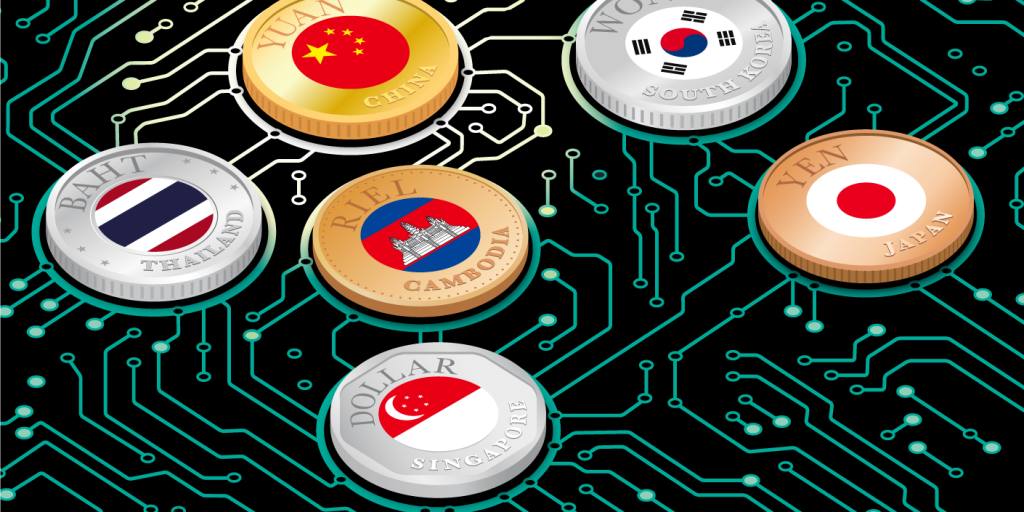 The specter of COVID-19 looms over China's ongoing Lunar New Year holidays. The government discouraged the usual stampede of travelers heading home for family reunions. Businesses fear for their bottom lines. But 50,000 Beijingers received a small pick-me-up: 200 yuan ($31) in digital "red envelopes" they can use for shopping online or offline.
The authorities see this as a steppingstone to something much bigger.

As the pandemic accelerates digitalization, central banks worldwide are increasingly looking into issuing electronic forms of fiat currencies. Last October, Cambodia became the first Asian country to formally launch such a system. Numerous others, from Thailand and Singapore to Japan and South Korea, are conducting research and trials.

China's push for a "digital yuan," however, may have the greatest potential to impact the global economy, considering the government's ambition to internationalize its currency.

Beijing's weeklong trial ends on Wednesday. A similar test has been held in Suzhou, and including earlier trials, the People's Bank of China has distributed over 100 million digital yuan so far. More e-yuan programs are planned during the Beijing Winter Olympics in 2022.

China is no stranger to digital money. Hundreds of millions of consumers use the Alipay and WeChat Pay services, scanning QR codes on their smartphone screens instead of fumbling for notes and coins. The digital yuan works much the same way.

But it is not the same, as the Bank for International Settlements explains.

A BIS survey released in January revealed that 86% of 65 central banks that responded were actively engaged in some form of CBDC work. Nearly 60% said it was either "likely" or "possible" that they would issue a CBDC for retail use in the next six years.

If Facebook lit a spark under central banks by threatening traditional finance and monetary sovereignty with its Libra digital currency project, now called Diem, COVID-19 has added kindling. In the BIS survey, nearly 30% said the pandemic had "changed their priority or preference" for issuing CBDCs.

Cambodia is a prime example.

Kazumasa Miyazawa, Soramitsu's president, told Nikkei Asia that the NBC wants to increase the presence of its own currency, the riel. Most transactions in Cambodia are conducted in dollars. At least, Miyazawa suggested, the NBC wants to "avoid their own currency's presence shrinking" further.

This comes as the prospect of digital yuan proliferation grows. Many wonder how Beijing would fit its e-currency into global strategies, including efforts to influence emerging countries through the Belt and Road Initiative.

Despite China's status as the world's second-largest economy, the yuan or renminbi lags far behind other international currencies. It accounted for 2.13% of global foreign reserves in the third quarter of 2020, according to the International Monetary Fund. Its share of global payments was just 1.88% in December, according to SWIFT, a provider of secure financial messaging services.

But Miyazawa said that "the digital yuan could go into developing nations in Asia, the Middle East and Africa." He also noted that China is encouraging local and foreign banks to use its Cross-border Interbank Payment System, a competitor to SWIFT, which could increase the ratio of yuan in international transactions.

Analysts at Singapore's DBS Bank highlighted the digital yuan's potential in Africa in a recent report, pointing out that Huawei Technologies' new smartphones have a built-in digital yuan wallet.

"With the preinstalled digital wallet, e-RMB going forward could be exported overseas more efficiently," the analysts wrote, using the abbreviation for renminbi. "Africa, for instance, is well-positioned for the rapid adoption of the digital yuan" thanks to China's strength in the continent's consumer device markets.

"The yuan, given its stability, could be integrated into [Africa's] payment ecosystem that is increasingly dominated by Chinese companies," the DBS analysts wrote.
#COVID-19  #Covid  #Facebook