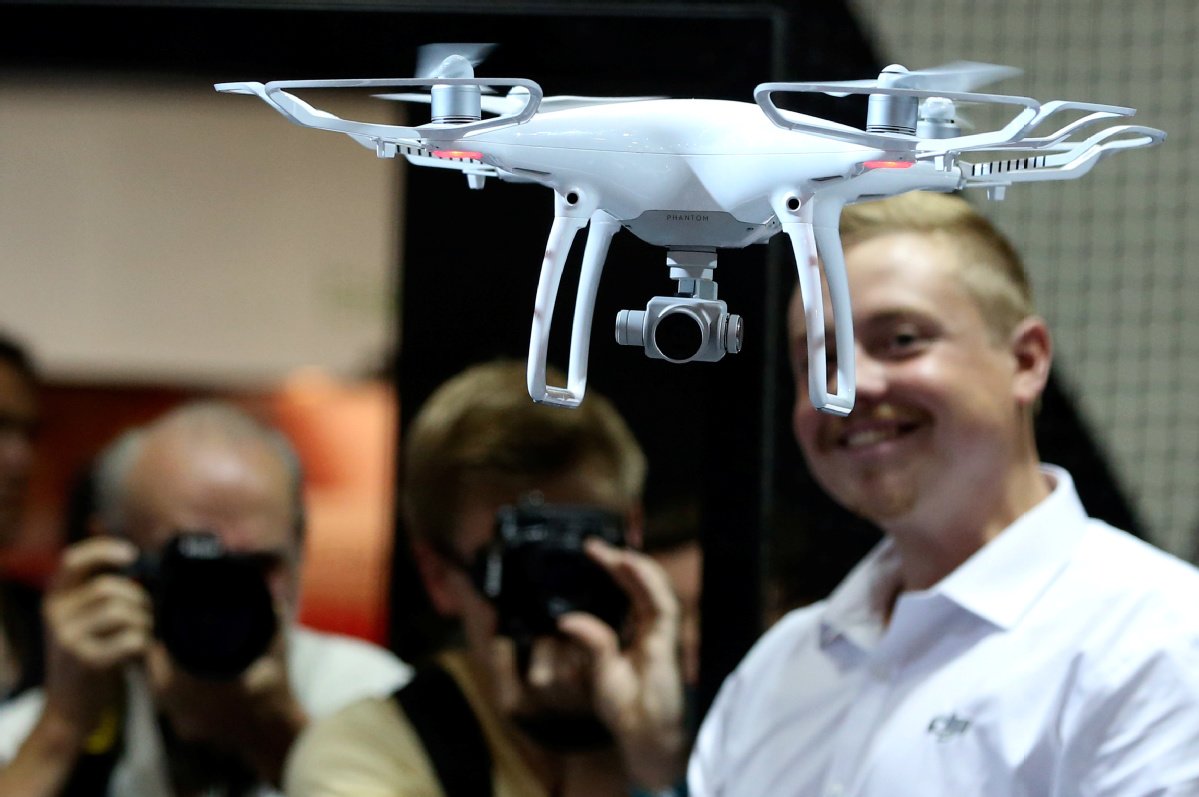 The Chinese-made drones are an "incredible story of modern technology", said Benoit Guillot, program director of the French drone company Artelia.
At the AirWorks conference in Los Angeles, Guillot recalled how his team used three drones to capture footage of the 850-year-old Notre Dame Cathedral after the devastating fire this April.

Guillot's team used Phantom 4, DJI M210 and Mavic Pro thermal, all manufactured by DJI, to map the church's outside and inside vault and the cathedral's 3D shell.

They also mapped the ground damage and rubble when its roof was in danger of collapsing, which saved photographers from taking risks. Their work will help investigators and architects determine the extent of the damage before undertaking reconstruction.

"Those drones perform well and work accurately in every situation," Guillot told Xinhua News Agency. "They are all in one package, and precise and accurate."

Andre Finot, Notre Dame's communication director, said he was blown away by the technology. "It was totally surprising to see them flying so quickly and hovering at this location.

"I realized that it was not just a simple gadget for TV production. It can also be used to save a building like Notre Dame and also save lives," Finot said.

The Notre Dame rescue was just one of many stories recounted at the three-day event.

"We are engaging in a dialogue with a number of leaders in the industry, public safety, government, commercial businesses, and energy transportation companies to have a complete discussion of what the market is today and what it's going to be tomorrow," said Mario Rebello, DJI's country manager for North America.

The drone market is turning into an ecosystem in which Shenzhen-based DJI is taking the center stage. According to Skylogic Research, a drone analysis company, the Chinese drone manufacturer holds more than 70 percent of the worldwide civil drone market share.

Like Google's Android to app developers, DJI drones are becoming a platform where hundreds of startups and end users with their specific demands apply drone technology to their own industries.

"They are getting value and now they're helping businesses reduce their costs and actually saving people's lives," said Rebello.

FLIR Systems, a thermal imaging manufacturer based in Oregon, is a partner of DJI. FLIR launched at the conference its first multi-gas detector built for unmanned aerial systems, which is compatible with the DJI M210 and can help first responders to locate and identify chemical gas hazards.

"DJI is looking for the best technology at the most affordable price, so we put our payloads on those most popular airframes," said Chris Bainter, FLIR's global business development director.

At the conference, the Los Angeles Fire Department also showcased how DJI drones were used to conduct aerial mapping for wildfire response and for swift water rescues, hazmat operations and urban search and rescue missions.

"The drone gives customers a tool and then they are developing customized solutions that are software-based or at times they are adding more hardware to our drone," said Rebello.

Along with the Chinese drone maker's rapid expansion, misgivings over data security also loomed. Earlier, some US senators launched a bill that may stop the federal government from buying drones from China.

It came after the US Cybersecurity and Infrastructure Security Agency warned in May that the Chinese-made drones contain components that collect operation and customer data for intelligence use.

DJI then submitted a letter to the Senate denying speculation about the company's data security practices. According to the letter, DJI drones do not share flight logs, photos or videos, and do not automatically send flight data to China or anywhere else.

Rebello said that one announcement would be far from enough to avert misinformation and dispel security concerns, while emphasizing the willingness of DJI to build trust with its customers.

"We've got to show them that there is no security vulnerability. So what we've done with a number of federal agencies is we've worked with them," Rebello said.

"They tell us what they need, we develop the solution and then they have a third party, a security agency or security expert, come in to review the software code and the hardware and make sure what we said is true."

Earlier in June, DJI introduced a drone solution for use in high-security situations by government agencies, allowing them to have full control over how the data they generate with the drones will be collected, stored and transmitted.

Rebello pledged to work with industry regulators and DJI's partners and establish security standards that are still lacking in this fledgling industry.

"To prohibit the use of the product just because of the country of origin, or just because we're located in China... is not a validation, not a path forward," said Rebello.

The hardware itself, in Guillot's opinion, should not be considered a threat to data security. "If you want to use a drone for making bad things, you can use it even with a car."