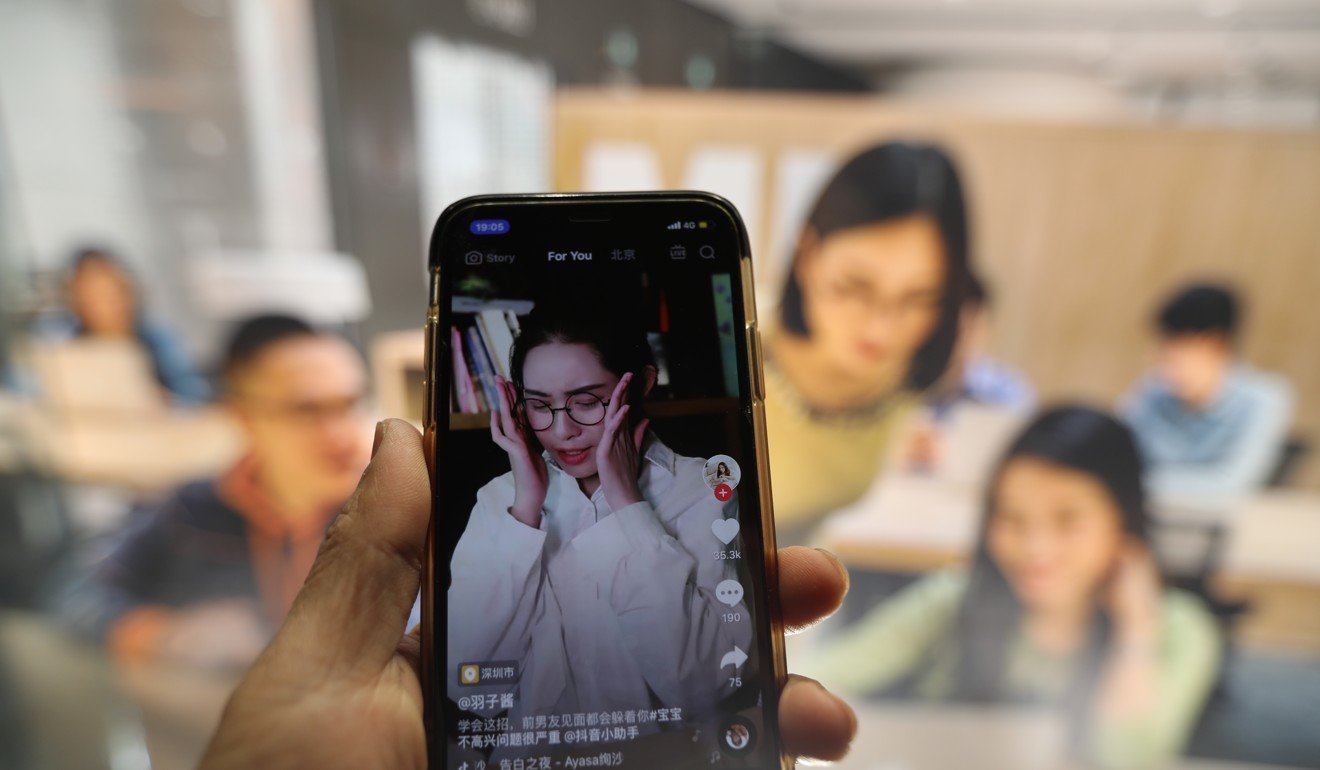 As China hits saturation in the growth of its mobile internet population, the time users are spending on their devices continues to climb. Online mobile engagement is driven by smart devices, digitisation in the offline retail industry and live streaming, according to research firm QuestMobile

Chinese mobile users are spending more time than ever online on their devices, according to a report published by research firm QuestMobile on Thursday.

From the beginning of 2019 to the end of last November, each user spent an average of 6.2 hours of day – or 1.8 full days a week – online on mobile devices, 11.3 per cent more than the same period last year, data from QuestMobile showed. The average number of apps they used per month also increased from 21.3 in 2018 to 23.6 in 2019, according to the report.

A separate report by research firm eMarketer in May last year estimated that the average US adult would spend three hours and 43 minutes on mobile devices a day in 2019.

China’s technological growth in the past decade has been largely mobile-driven, giving it a head start in the booming global app industry and changing the way people in the country live, work and play. The mobile internet population grew five-fold within 10 years, reaching more than 847 million by June 2019, according to government agency China Internet Network Information Center (CNNIC).

That growth seems to be reaching a saturation point, according to the QuestMobile report: mobile internet user growth fell below 1 per cent for the first time in 2019, registering an anaemic 0.7 per cent increase year-on-year.

Online mobile engagement in the country shows no sign of slowing, however. This is mainly driven by the proliferation of smart devices, the digitisation of the offline retail industry as well as the popularity of live streaming and its integration with social, shopping, music and video platforms, the report said.

The number of users for apps related to smart devices – such as smart speakers and wearable technologies – jumped 16.8 per cent to nearly 120 million last November, from 100 million in the same month the year before. With the roll-out of commercial 5G in China starting last year, the industry will see more growth opportunities, according to the report.

Bricks-and-mortar retail outlets such as Chinese milk tea and coffee chain stores also play an important role in the growth of mobile internet use, according to the report.

Drink chains LuckinCoffee, Heytea and Starbucks, which allow consumers to submit takeaway orders via “mini-programs” on super app WeChat, have all seen their mobile user numbers grow by at least 200 per cent year-on-year in 2019, QuestMobile reported.

Another strong driver of mobile internet growth is live streaming, QuestMobile said. With the world’s largest internet population, China had 433 million live streaming users as of last June, according to CNNIC data.

Combining entertaining content with real-time interactivity, live streaming is now integrated with many platforms, from online shopping platform Taobao, owned by the ﻿Post‘s parent company Alibaba, to music and streaming apps such as Douyin and Bilibili. These platforms use the feature to enhance user loyalty, foster key opinion leaders and monetise their huge traffic, according to the report.

This was 11.3 per cent higher than 2018, thanks to new device sales, first-time mobile users and consumers flush with gift card credit, the Sensor Tower report said.

The largest proportion of this spending, US$210 million or 76 per cent of revenue across both major app stores, was on games. PUBG Mobile, created by Chinese tech giant Tencent’s TiMi studio, led in-game spending with US$8.5 million on Christmas last year, up 431 per cent from the US$1.6 million that players spent in the game on Christmas 2018.

Sign up now for our 50% early bird offer from SCMP Research: China AI Report. The all new SCMP China AI Report gives you exclusive first-hand insights and analysis into the latest industry developments, and actionable and objective intelligence about China AI that you should be equipped with.

Sign up now for our 50% early bird offer from SCMP Research: China AI Report. The all new SCMP China AI Report gives you exclusive first-hand insights and analysis into the latest industry developments, and actionable and objective intelligence about China AI that you should be equipped with.