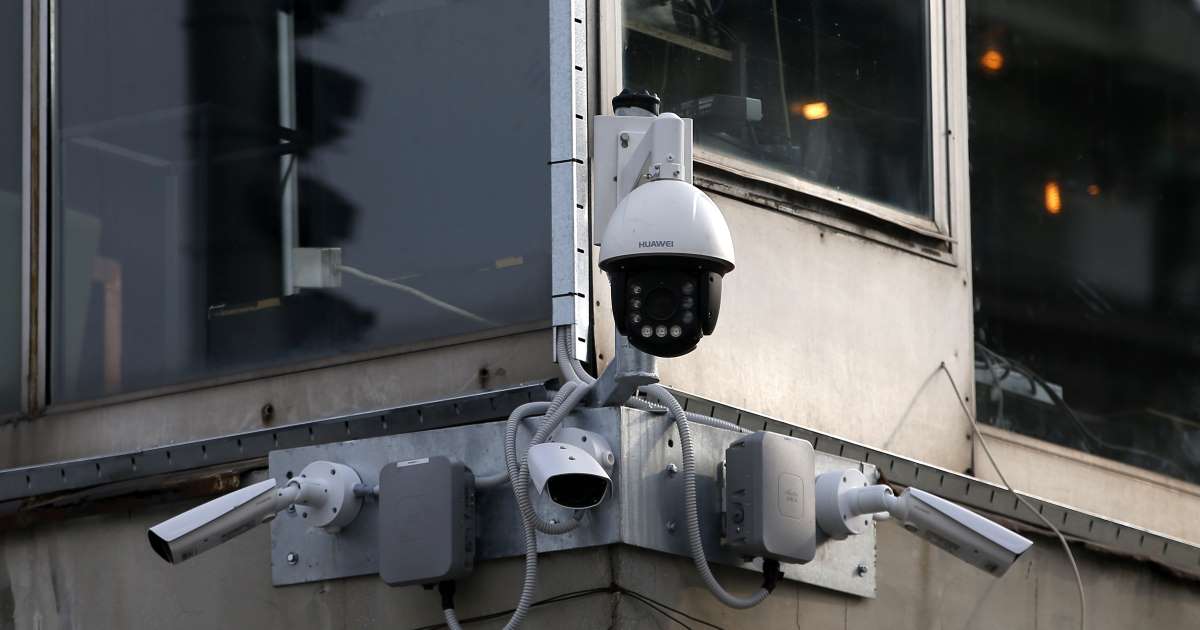 When hundreds of video cameras with the power to identify and track individuals started appearing in the streets of Belgrade as part of a major surveillance project, some protesters began having second thoughts about joining anti-government demonstrations in the Serbian capital.

Local authorities assert the system, created by Chinese telecommunications company Huawei, helps reduce crime in the city of 2 million. Critics contend it erodes personal freedoms, makes political opponents vulnerable to retribution and even exposes the country's citizens to snooping by the Chinese government.

The cameras, equipped with facial recognition technology, are being rolled out across hundreds of cities around the world, particularly in poorer countries with weak track records on human rights where Beijing has increased its influence through big business deals. With the United States claiming that Chinese state authorities can get backdoor access to Huawei data, the aggressive rollout is raising concerns about the privacy of millions of people in countries with little power to stand up to China.

"The system can be used to trail political opponents, monitor regime critics at any moment, which is completely against the law," said Serbia's former commissioner for personal data protection, Rodoljub Sabic.

Groups opposed to Serbian President Aleksandar Vucic say police are leaking video of protests to pro-government media, which publish the images, along with the identities of participants. Vucic himself has boasted the police have the capability to count "each head" at anti-government gatherings. During a recent rally, protesters climbed up a pole and covered a camera lens with duct tape scrawled with the word "censored."

Serbian police deny any such abuse of the Huawei system, which will eventually encompass 1,000 cameras in 800 locations throughout Belgrade. Huawei said in a statement that it "complies with all applicable laws and regulations" in Serbia and anywhere else it does business.

While facial recognition technology is being adopted in many countries, spurring debate over the balance between privacy and safety, the Huawei system has gained extra attention due to accusations that Chinese laws requiring companies to assist in national intelligence work give authorities access to its data.

As a result, some countries are reconsidering using Huawei technology, particularly the superfast 5G networks that are being rolled out later this year.

Still, Huawei, which denies accusations of any Chinese government control, has had no trouble finding customers eager to install its so-called Safe Cities technology, particularly among countries that China has brought closer into its diplomatic and economic orbit.

Besides Serbia, that list includes Turkey, Russia, Ukraine, Azerbaijan, Angola, Laos, Kazakhstan, Kenya and Uganda, as well as a few liberal democracies like Germany, France and Italy. The system is used in some 230 cities, exposing tens of millions of people to its screening.

In a promotional brochure, Huawei says its video surveillance technology can scan over long distances to detect "abnormal behavior" such as loitering, track the movement of cars and people, calculate crowd size and send alerts to a command center if it detects something suspicious. Local authorities can then act upon the information they receive.

In one case advertised on its website, the company says a suspect in a hit-and-run accident in Belgrade was later discovered in China with the help of face recognition data shared by the Serbian police with their Chinese counterparts.

In view of the cybersecurity accusations leveled by the U.S. and international rights groups against Huawei, the relationship between China and countries that use the company's technology is coming under renewed scrutiny.

China's influence in Serbia, a European Union candidate that Beijing views as a gateway to the continent, has significantly expanded in recent years through Beijing's global Belt and Road investment programs. The populist Serbian regime has been keen to develop closer ties and the country's fragile democracy allows China's economic interests to grow relatively unchecked, without raising too many questions about human rights, environmental standards or transparency.

It's a similar story in Uganda, where China has invested heavily in infrastructure like highways and a hydropower dam on the Nile.

When longtime President Yoweri Museveni launched a $126-million project to install Huawei facial recognition systems a year ago, he said the cameras were "eyes, ears and a nose" to fight rampant street crime in the sprawling capital, Kampala. Opposition activists say the real goal is to deter street protesters against an increasingly unpopular government.

"The cameras are politically motivated," said Joel Ssenyonyi, a spokesman for the musician and activist known as Bobi Wine who has emerged as a powerful challenger to Museveni. "They are not doing this for security. The focus for them is hunting down political opponents."

In neighboring Kenya, the government has also renewed its focus on public safety after a spate of extremist attacks. It has been pushing to register people digitally, including by recording DNA, iris and facial data. To do so, it turned to China, which helped finance the installation of surveillance cameras in Kenya as far back as 2012.

The Kenyan government wants to pool into one database all the information from public and private CCTV cameras, including those with facial recognition technology, a move that activists warn would vastly expand its surveillance powers in a country that does not have comprehensive data protection laws.

A growing number of countries are following China's lead in deploying artificial intelligence to track citizens, according to the Carnegie Endowment for International Peace. The group says at least 75 countries are actively using AI tools such as facial recognition for surveillance -and Huawei has sold its systems in 50 of those countries, giving it a far wider reach than competitors such as Japan-based NEC and U.S.-based IBM.

"It's very unclear what safeguards are being put in place," said Steven Feldstein, a Carnegie Endowment fellow who authored a report on the issue. "Where are images being stored? How long are they being stored for? What kind of accountability procedures will there be? What type of operations will be linked to these surveillance cameras?"

Huawei said in an emailed statement that it "complies with all applicable laws and regulations in our countries of business. This is the most fundamental principle of our business operations. We are dedicated to bringing people better connectivity, eliminating digital gaps, and promoting the sustainable development of our societies and economies."

In Belgrade's bustling downtown Republic Square, high-tech video cameras are pointed in all directions from an office building as pedestrians hurry about their everyday business.

With public authorities disclosing little about how the cameras work, a rights group has set up a tent to ask pedestrians whether they know they are being watched.

"We don't want to be in some kind of Big Brother society," said rights activist Ivana Markulic. "We are asking: Where are the cameras, where are they hidden, how much did we pay for them and what's going to happen with information collected after this surveillance?"