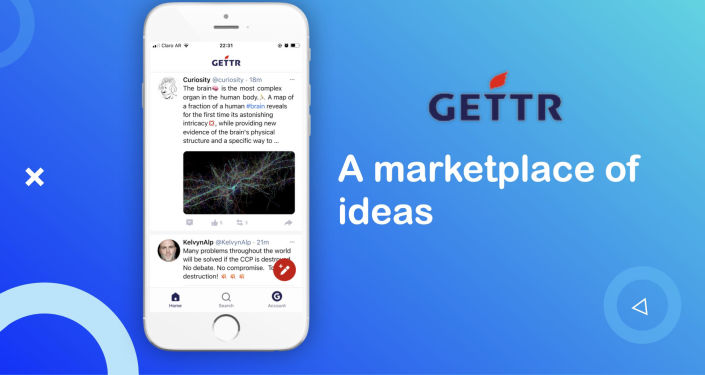 Aides to Donald Trump began hyping up a new censorship-free social media platform after he was unceremoniously banned from Twitter and other social media in the wake of the January Capitol riots. The new app was quietly rolled out on Thursday, only to be overshadowed by the unsealing of major tax fraud charges against the Trump Organisation.

“Some of the initial seed money has come from [Guo’s] family foundation,” Miller said, speaking to US media following Gettr’s launch.

The Chinese billionaire isn’t directly invested in the platform, and is not formally involved in the company in any formal capacity, according to Miller. A “consortium of international investors” is said to be involved, but apart from Guo, Miller did not name them.

According to a media analysis of Guo’s media promotion for Gettr, the billionaire – who also goes by the name ‘Miles Kwok’, seems to have been heavily involved in the platform’s creation, up to and including the idea for its logo – featuring a burning torch.

In his home country, Guo is accused of a number of crimes including bribery, kidnapping, money laundering, and rape. Guo denies the charges, and characterizes himself as a political activist and whistleblower against high-level corruption in Chinese politics and business. After fleeing the Asian nation in 2014, Guo developed a partnership with senior would-be Trump allies including ex-White House advisor Steve Bannon. He also became a darling of Western media, doing interviews with the Voice of America, the BBC, the New York Times and Forbes, over his stories about wild corruption in China.

Guo worked to assist the Trump administration in ramping up the political and economic conflict with Beijing during the Republican’s term, including by supporting bogus allegations that the Chinese government deliberately created the coronavirus as a biological weapon. Last year, Guo’s GTV media group was also behind the publication of lewd content allegedly copied from Hunter Biden’s lost laptop, including images of sexually explicit activity and drug use, amid the mudslinging-filled 2020 election campaign between Trump and Hunter’s father, Joe Biden.

The Trump team-backed Gettr social media platform was made available for download on Thursday in beta form, and presents itself as an anti-cancel culture, common sense, free speech-defending, anti-social media monopoly app meant to help create “a true marketplace of ideas.” A formal rollout is expected to take place on 4 July – Independence Day.

The Twitter clone allows users to write posts up to 777 characters in length, and includes video and photo uploading and playback capabilities, as well as reposting, a trending topics feed and a verification feature. ‘Tipping’, livestreaming and other features are expected to be introduced at a later date. The app also allows Twitter users to migrate to Gettr by importing their content.

While the platform was created by Trump aide Jason Miller, who also serves as its CEO, Trump himself is yet to hitch himself to the app. “He knows that we would love him to join the platform,” Miller told The Daily Beast, adding that ‘RealDonaldTrump’ has been reserved for him. However, Bloomberg has reported that Trump isn’t likely to join the new platform and won’t have any financial stake in it, and that he is apparently holding out for the creation of an unnamed separate platform.