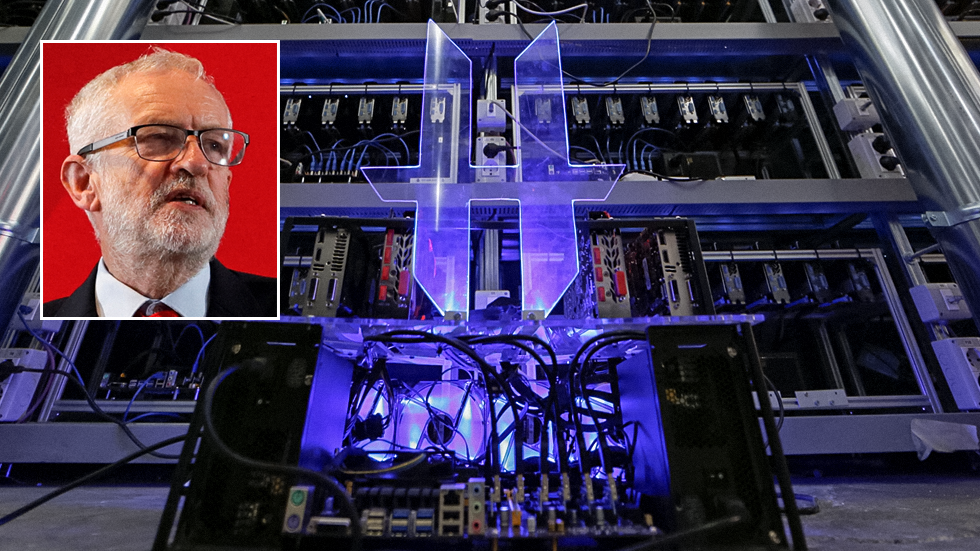 Jeremy Corbyn revealed he’s “suspicious” and has been left feeling “very nervous” after Labour’s digital systems became the victim of a “sophisticated and large-scale cyber attack” in the middle of a general election campaign.

The attack on Labour’s digital platforms took place on Monday, with a party spokesperson saying it had managed to slow down “some of our campaign activities,” but insisted that “no data breach occurred.”

The Distributed Denial of Service (DDoS) attack which took place is designed to flood a computer server with traffic in an attempt to take it offline.

"If this is a sign of things to come in this election, I feel very nervous about it all."

Jeremy Corbyn describes a cyber attack on the Labour Party as "suspicious and something one is very worried about". pic.twitter.com/kIcUbDi80x

The Labour leader, addressing media during a campaign event in Blackpool in the north-west of England on Tuesday, voiced his concern at the timing of the cyber attack.

Reuters reported later on Tuesday afternoon that a second cyber attack was attempted by hackers, according to two Labour sources with knowledge of the matter. One of the sources said it was unclear if it was the same culprit or a copycat attack, adding that there was currently no evidence of foreign state intervention.

Corbyn’s party has referred the incident to the National Cyber Security Centre, the government agency that supports and advises organisations on such events. Despite the attack adversely affecting their campaign tools, their systems are now back up to full speed.

Of course it hasn’t taken long for the ‘it was Russia’ accusations to come out in force on social media, just 24 hours after the event and with no credible evidence.