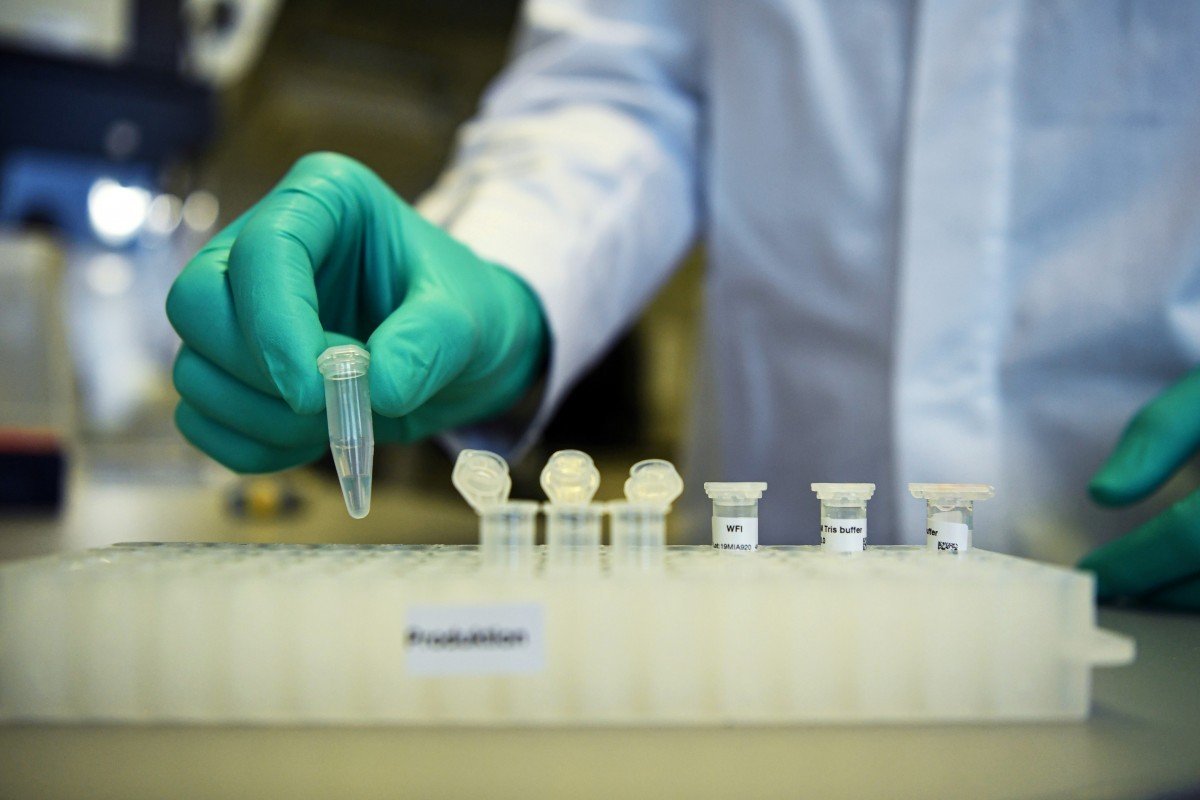 Coronavirus: ‘Germany not for sale,’ says minister after ‘US tried to buy vaccine rights’

US allegedly offered local firm CureVac US$1 billion for exclusive rights to vaccine, according to German newspaper. Company denies receiving offer from US government and declines to give details about surprise change in CEO

Germany's economy minister has a message for the United States in a row that has emerged over coronavirus vaccine access: “Germany is not for sale.”

Citing government sources in Berlin, the Sunday edition of the mass-circulation Die Welt newspaper reported that the US had offered CureVac, a private firm based in Tuebingen, 30km (19 miles) south of Stuttgart, US$1 billion for exclusive rights to a vaccine that it is developing.

“We know this company, [and] we are in touch with this company,” Altmaier said in the podcast interview, which was conducted in German.

However, CureVac denied that any offer had been made.

“CureVac has not received from the US government or related entities an offer before, during and since the Task Force meeting in the White House on March 2. CureVac rejects all allegations from [the] press,” the company said in a tweet.

A CureVac spokesperson would not give details about last week's surprise change in management, which saw Daniel Menichella replaced as chief executive by CureVac founder Ingmar Hoerr.

In early March Menichella, a US citizen, visited the White House at the invitation of President Donald Trump to discuss strategies for vaccine development, together with other pharmaceutical and biotech companies.

CureVac is currently working on a coronavirus vaccine and has received US$8.3 million in funding from the Coalition for Epidemic Preparedness Innovations (CEPI), an international alliance.

Once a suitable vaccine has been found and tested in clinical trials, CureVac intends to produce the drug itself.

According to the company spokesperson, it is not clear whether CureVac would sell the rights to the vaccine, conclude an external contract or market the drug itself.

“We are not bound by any agreements,” he said.

European Commission President Ursula von der Leyen spoke with executives from the German pharmaceutical company on Monday, writing on Twitter that the European Union would offer financial support to the firm as it had done in the past.

It is “crucial to find a vaccine that will help the whole world”, she wrote.

Despite the company's denial of any US offer, German government ministers were quick to confirm that they had been informed about the reported sum.

“German researchers are leaders in the development of medicines and vaccines, in global collaborations. We cannot allow others to exclusively acquire their research results,” Foreign Minister Heiko Maas told the newspapers of the Funke media group.

“We will only defeat this virus together, not against each other,” Maas asserted.