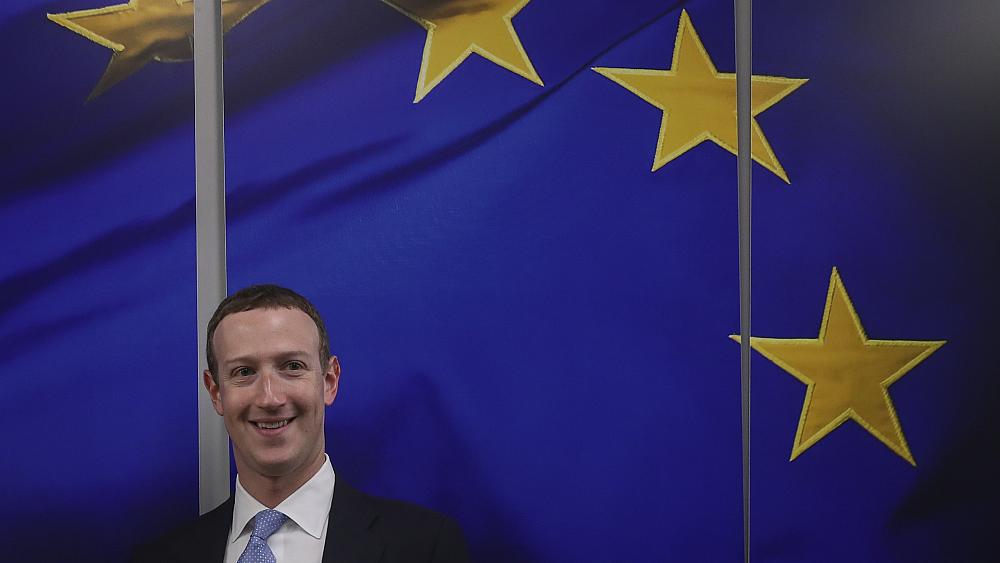 The social media giant flexed its muscles over a proposed law that would have made it pay for journalistic content shared on its platform.

While the row has now been defused in Australia, it has sparked questions about whether the same scenario could play out on our continent.

It's clear that as in Australia, Europeans get a lot of their news content via social media companies such as Facebook. Hence, such platforms have a strong bargaining position when it comes to any negotiations on paying for content.

The proportion of people accessing news via social media or search is rising, according to the latest Reuters Institute Digital News Report. It revealed 51% got news this way, rising to 63% among the younger generation.

What was the Australian row about?

This is to fix a "power imbalance" between news media and internet groups and to help sustain the former.

It brought to a head a long-brewing tussle where news publishers had called for tech giants to pay when their content was shared or discussed on digital platforms.

Social media platforms have been accused of raking-in advertising revenues on the back of journalistic content hosted on their sites. News organisations argue the revenues should be shared out more equitably.

Facebook turns the argument on its head. It believes it does news publishers a favour by allowing them to share content on its platform, enabling them to increase their audience.

Google too had been complaining about the new legislation, saying its free search services would be threatened.

The social media giant responded furiously after Australia's lower house of parliament passed the draft law. It effectively triggered the nuclear button by stopping news content from being viewed or shared on its platform in the country. The planned law, Facebook argued, "ignores the realities" of its relationship with publishers, complaining that it was being penalised for content it "didn't take or ask for".

Last year Google also kicked up a fuss, raising the prospect of quitting Australia altogether. It suspended a news licensing scheme agreed with some publishers.

However, rather than taking on the government head-on, Google chose a bilateral approach with publishers. It has since reached a deal with News Corp on a licensing deal under which ad revenue is shared and Google invests in journalism.

This week the ban on sharing news was lifted when Facebook and the Australian government reached an agreement after amendments were introduced.

The digital giants will have to pay for news they feature but say they've been given safeguards and guarantees: Facebook says the deal allows it to retain the right to choose which publishers it supports and allows on its platform.

Facebook Vice President of Global Affairs Nick Clegg said on Wednesday that the Australian law, without this week’s amendments, would have enabled media conglomerates to “demand a blank check.”

“Thankfully, after further discussion, the Australian government has agreed to changes that mean fair negotiations are encouraged without the looming threat of heavy-handed and unpredictable arbitration,” Clegg, a former British deputy prime minister, wrote in a Facebook post.

How has Europe tackled the digital giants up to now?

Copyright reform, first presented by the European Commission in 2016, was agreed by the EU two years ago. It followed years of negotiations, lobbying, and divisions that pitted campaigners for free speech and internet freedom against publishers who wanted to prevent their work from being exploited for free.

Under the law, platforms such as YouTube must seek licensing rights with rights holders to share content and take down material that contravenes intellectual property rights.

Google had been accused of taking a "free ride" by profiting from the content of others via YouTube and Google News.

The new legislation means news media can seek compensation from Google for content displayed on Google News. The compensation is for the extracts that are displayed on the platform, typically the paragraph at the top visible before the reader clicks to read the whole article.

The EU copyright directive must be implemented by all countries by June this year. National authorities have until then to establish mechanisms for publishers to be paid by the tech giants.

How have the tech firms dealt with new European rules?

They've been doing deals, following extensive bargaining over how to apply the new EU copyright rules.

Last month Google reportedly announced a framework copyright agreement with a French publishing lobby. It paves the way for the US search giant to strike more licensing agreements with individual publishers, whose revenues have been hit by the rise of the internet and the fall in print sales. Only a handful of such deals have been struck so far.

Facebook also says it has signed video partnerships with French, German and Swedish publishers. It highlights investment that it has undertaken in local journalism and its promotion of programmes on Facebook Watch.

How do the Australian and EU approaches differ?

The Australian law imposes mandatory bargaining, forcing both sides to sit around the table. The EU Copyright Directive is an instruction to member states; the onus is on them to put it into practice in their countries.

Google and Facebook can then negotiate with individual European governments, whose resolve and bargaining power may vary. And if deals are not struck, "collecting societies" operate at national level to license copyright and manage rights. But again, their competence and clout may vary from country to country.

Parts of the EU's Copyright Directive have also been criticised for being too vague, meaning interpretation becomes a matter of contention.

Some believe the EU strategy, which is still a work in progress, is not tough enough on the tech giants.

Alex Saliba, a Maltese MEP and member of the European Parliament's Internal Market and Consumer Protection committee, argues the directive is not enough.

"The imbalance is so big, and big tech companies have become unavoidable trading partners. They have the upper hand when reaching these agreements, so it’s useless to have agreements whereby publishers are paid with pennies when big chunks of ads are being taken up only by two companies," he told Euronews.

"Europe needs to learn from what happened in Australia: Facebook may try to blackmail other nations, but a European Union, if united, cannot be bypassed."

This could bring binding arbitration for licensing agreements and oblige tech companies to share information with publishers over how news stories are ranked. But, says Saliba -- who led the parliament's first report on the DSA -- they are "not a silver bullet" to solve problems in the "digital ecosystem".

Facebook's recent action in Australia aroused much anger way beyond its shores, and particularly in Europe where some lawmakers want the EU to take a similarly hard line.

"Facebook practically banned the Australian media from the platform, from which they have made a tonne of money as they display advertisements alongside all the news linked to Facebook. All this in order not to have to pay the media for the news," Hungarian MEP Anna Júlia Donáth told Euronews.

"This is clear intimidation. Europe needs to learn from what happened in Australia: Facebook may try to blackmail other nations, but a European Union, if united, cannot be bypassed. It is clear that we need to create a fair European Facebook regulation."

On Monday (February 22) Europe's press publishers and Microsoft called for an Australian-style arbitration mechanism in Europe.

They say they want to ensure that the EU Copyright Directive is enforced and that "publishers get paid for the use of their content by gatekeepers that have dominant market power, noting a potential imbalance in bargaining power.

But Iverna McGowan, director of the Centre for Democracy and Technology’s Europe Office, says the Australian solution is misguided.

"The aim of the Australian law to help protect journalism is laudable, but unfortunately the avenue chosen to do so (link taxing) will not achieve this aim. The Australian bargaining code’s eligibility requirements deprive small publishers from being paid and so ironically this law hurts local and smaller outlets," she told Euronews.

"It would be unwise for Europe to replicate this exclusionary model. Hyperlinking is the backbone of an open internet; it is crucial for people to share news in order to counter disinformation."

One obvious difference is that the EU has 27 different jurisdictions and many different languages, whereas Australia is a more homogenous market and a single language.

For now, the EU is stating its case as standard.

A commission spokesperson maintained to Euronews that "press and quality journalism are not for free. This is why the Copyright Directive creates the condition of a fair bargaining between press editors and online platforms."