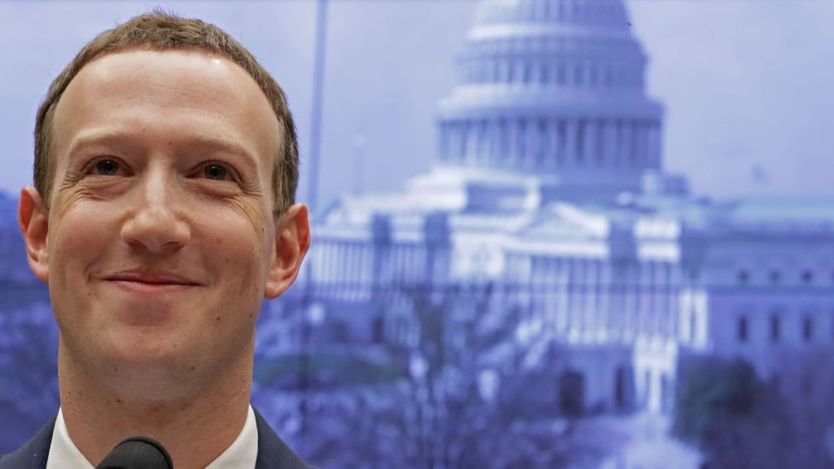 The hashtag deletefacebook is trending on social media after it emerged Mark Zuckerberg held informal dinners with conservative politicians and right-wing commentators in the US.

The meetings began in July, the news website Politico reported.

In a post on Facebook, Mr Zuckerberg said he had "dinners with lots of people across the spectrum".

Hearing different viewpoints was "part of learning", he said. "If you haven't tried it, I suggest you do."

Politico suggested the meetings were part of a "broader effort to cultivate friends on the right".

US President Donald Trump accused Facebook of censorship in May 2019, after the platform banned seven right-wing commentators, including conspiracy theorist Alex Jones.

People have been using the deletefacebook hashtag to express their views about the platform, which include criticisms of its failure to remove harmful content and stop the spread of disinformation.

At time of writing, it is the most popular hashtag on Twitter.

However, some have used it to tweet those supporting the sentiment were displaying their own intolerance of political viewpoints.

"Mark Zuckerberg had meetings with conservative politicians and commentators... in an effort to make the platform less biased," tweeted Ryan Fournier, who chairs Students for Trump.

Others said there was no better alternative for managing their friend networks or they needed the platform for professional reasons.

"Facebook will have real issues if people start refusing to use it because there's a sense that the firm isn't doing the right thing," said business journalist Matthew Gwyther.

"There's no great evidence that this is happening at the moment... but it does seem that there's a negative story almost every day."

Mr Gwyther said it was not unusual in itself for a company the size of Facebook to be talking to both left- and right-wing politicians.

"It would be odd if they weren't," he added.

The deletefacebook hashtag previously trended in March 2018, following the revelations of the Cambridge Analytica data scandal.

It was used then by Brian Acton, the co-founder of WhatsApp, which was acquired by Facebook.

"We all moved on from MySpace. We can move on from Facebook too," he wrote.
#Mark Zuckerberg  #Donald Trump