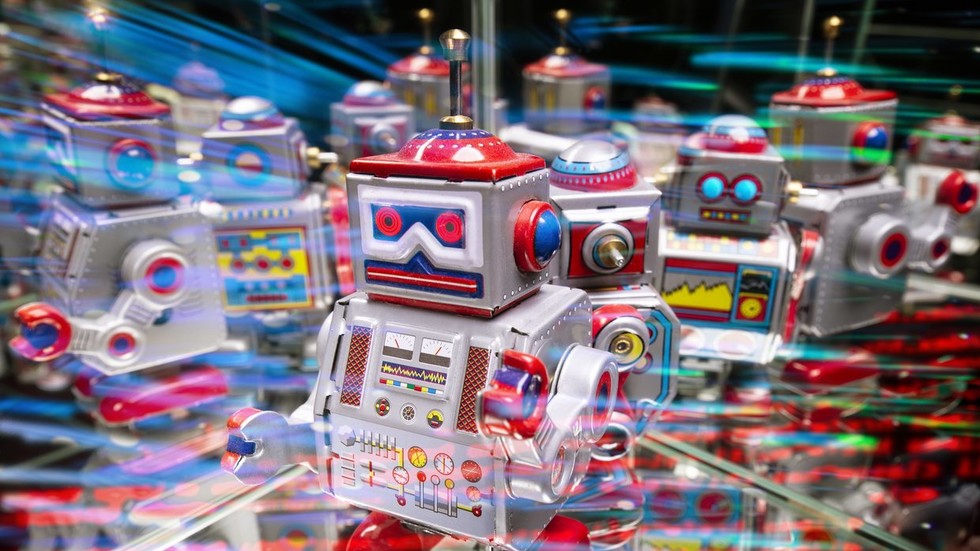 Deutsche Bank deploys an army of robots to replace 18,000 workers

As part of a radical $8.3 billion restructuring plan, the multinational Deutsche bank has so far axed over 4,000 jobs, with some 18,000 more staff cuts to come by 2022.
The use of artificial intelligence has "massively increased productivity" in certain sectors of the business, according to Mark Matthews, the head of operations for Deutsche's corporate and investment bank.

He told the Financial News that so far "680,000 hours of manual work" has already been saved.The bank has “used bots to process 5 million transactions in its corporate bank and perform 3.4 million checks within its investment bank.”

Matthews said the headcount “will continue to go down; there’s no question about that. Our model is to reduce costs and, at the same time, improve our control environment and the client experience.”

Deutsche bank is pushing to "automate large parts of its back-office" via a new strategy called "Operations 4.0," as part of its $6.6 billion savings initiative over the next three years.