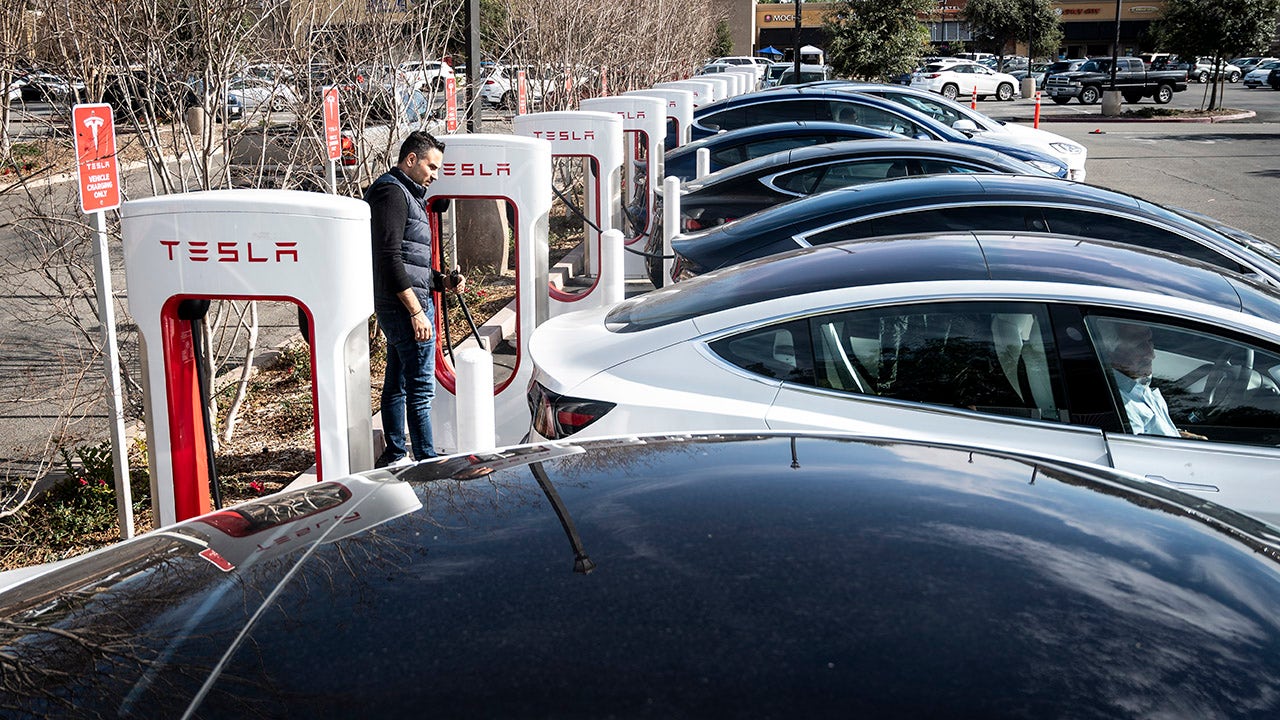 Surging prices for lithium are intensifying a race between automakers to lock up supplies and raising concerns that a shortage of the battery metal could slow the adoption of electric vehicles.

Lithium carbonate prices in China, the benchmark in the fast-growing market, stand at about $71,000 a metric ton, according to price-assessment firm Benchmark Mineral Intelligence. That is almost four times as high as a year ago and just below the record set this March in yuan terms.

Lithium is an outlier in commodity markets that have broadly retreated in recent months, reflecting gloom over an economic outlook dimmed by the Federal Reserve’s interest-rate increases and stuttering growth in China and Europe. Brent Crude Oil and copper—commodities used throughout industry and transportation—have fallen about 15% and 7%, respectively, this quarter. Even European natural-gas prices, propelled higher for much of 2022 by Russia’s move to cut supplies, have dropped by 10% over the past month. 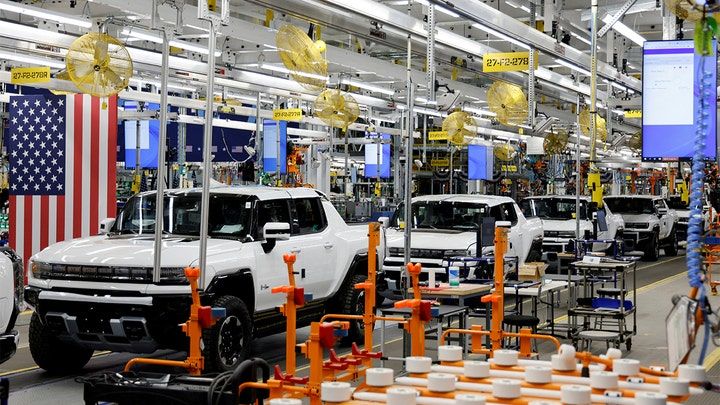 However, lithium keeps rising, driven by a pickup in electric-vehicles sales in China, the world’s biggest market for EVs. Car purchases jumped after Shanghai eased 1COVID1-19 lockdowns in June, juicing demand for lithium-ion batteries. The China Passenger Car Association forecasts six million new EVs will be sold in the country this year, double the 2021 level.

"Lithium is really following the Chinese EV market and that’s just taking off," said Edward Meir, a metals consultant at brokerage ED&F Capital Markets. "This is a preview of what could await us in the U.S." 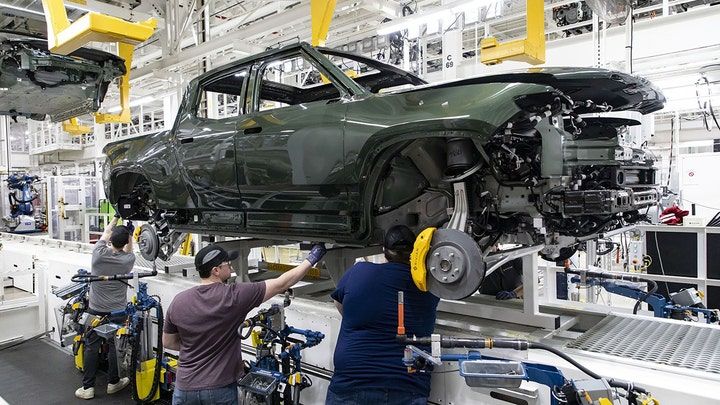 Workers lower an R1T truck body onto a chassis in the assembly line, April 11, 2022, at the Rivian electric vehicle plant in Normal, Illinois.

In the U.S. and elsewhere, traders and analysts expect demand for lithium to leap in the coming years as the auto industry phases out internal-combustion engines and rolls out electric vehicles. Companies including General Motors Co., Ford Motor Co. and Volkswagen AG are racing to catch up with front-runner Tesla Inc., investing billions of dollars to bring EV factories online.

All have struck deals with lithium producers to lock down scarce supplies. More than 80% of lithium-ion batteries are used for EVs, said Daisy Jennings-Gray, senior analyst at Benchmark Mineral Intelligence. That will rise to 90% in 2030, Benchmark forecasts, from 40% in 2015.

High prices have encouraged companies to embark on lithium projects in Latin America and Australia, the two biggest-producing regions. However, analysts say they will take years to hit full speed and ease the shortage, in part because left-leaning South American governments are angling for greater control over their countries’ natural resources.

Regulations such as California’s tax on lithium extraction are likely to delay mines in the U.S. and Europe, say analysts at Citigroup. Demand will outstrip production by 4% this year, they forecast. Concerns about the effect of lithium mining on water supplies and other environmental worries also have held back efforts to crack open new deposits. 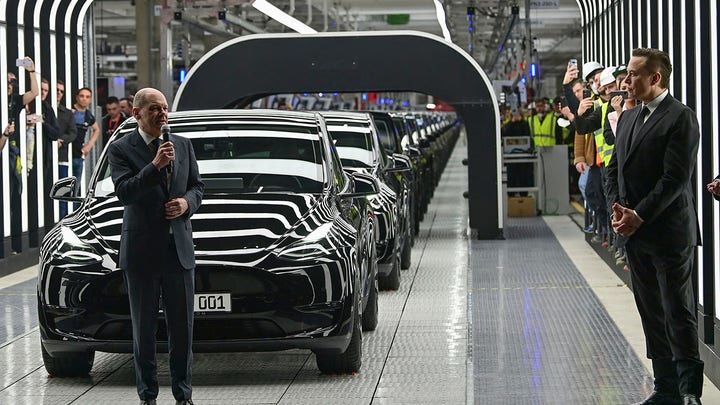 High lithium prices are a boon for the small group of companies that dominate global supply and have reported surging profits. U.S.-listed shares of Albemarle Corp. have jumped 23% this year, while those of Sociedad Química y Minera de Chile SA have more than doubled. The S&P 500, in contrast, has dropped 19%. Matt Tuttle, chief executive of Tuttle Capital Management, said he is looking to add more lithium stocks to his portfolio, expecting them to continue outperforming the broader index this year.

A big bottleneck is in refining, which converts spodumene and industrial-grade lithium carbonate before selling battery-grade lithium carbonate and hydroxide to cathode makers. China dominates this part of the supply chain. Two big producers in Russia have been shunned by Western companies since President Vladimir Putin invaded Ukraine, reducing global capacity.

"I would like once again to urge entrepreneurs to enter the lithium-refining business," Tesla Chief Executive Elon Musk told analysts in July. "There’s lithium pretty much everywhere, but you have to refine the lithium into battery-grade lithium carbonate and lithium hydroxide, which has extremely high purity. So it is basically like minting money right now." 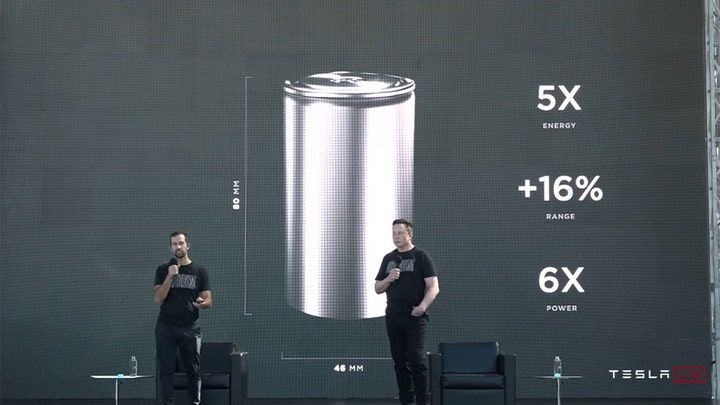 Elon Musk speaks about Tesla's new batteries at a conference.

Auto makers and government officials are concerned about the security of supply given the scarcity of material and China’s pivotal position in processing lithium. The Inflation Reduction Act signed into law by President Biden last month sets thresholds for the amount of lithium and other minerals that must come from the U.S. or its free-trade partners for EVs to qualify for tax credits.

In a sign of the dash to buy lithium, a closely watched auction of Australian spodumene—a rock that contains unrefined lithium—fetched a bid of more than $7,700 a dry metric ton on Tuesday. That is equivalent to a production cost of $74,000 a metric ton of lithium carbonate, which would mark an all-time high, according to consulting firm Rystad.