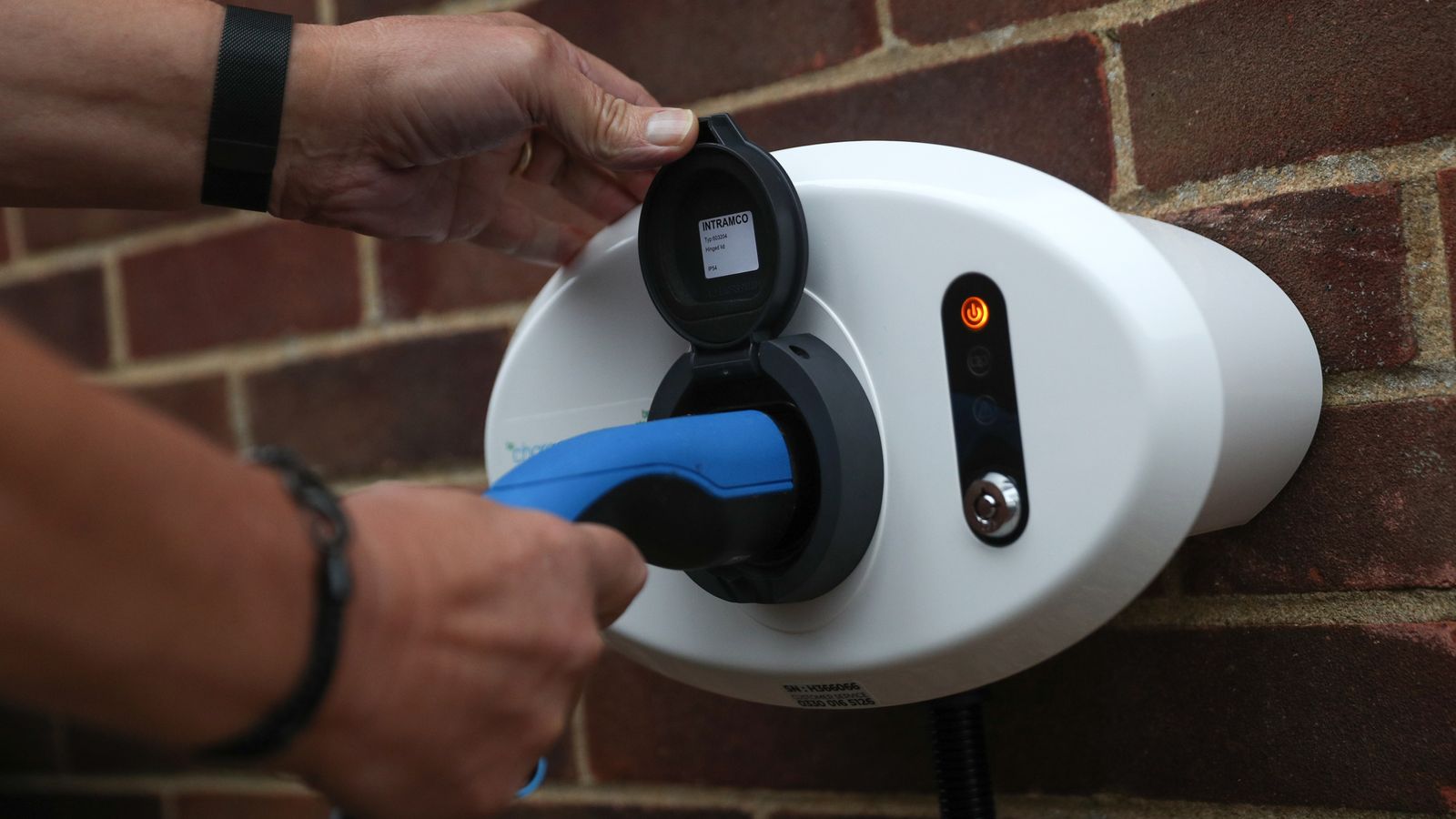 Electric vehicles: New homes will be required to have EV charging stations from 2022, Boris Johnson to announce

The UK government wants to ban the sale of traditional petrol and diesel cars and vans by 2030, with hybrids allowed until 2035.

Electric vehicle charging points will be legally required in new build homes from next year, the prime minister is to announce.

The government has already announced that it wants to end the sale of traditional petrol and diesel cars and vans by 2030 - although critics say there is no clear plan to achieve this.

The new initiative is set to be another part of the current government's strategy to reduce emissions and act as a world leader on green issues. 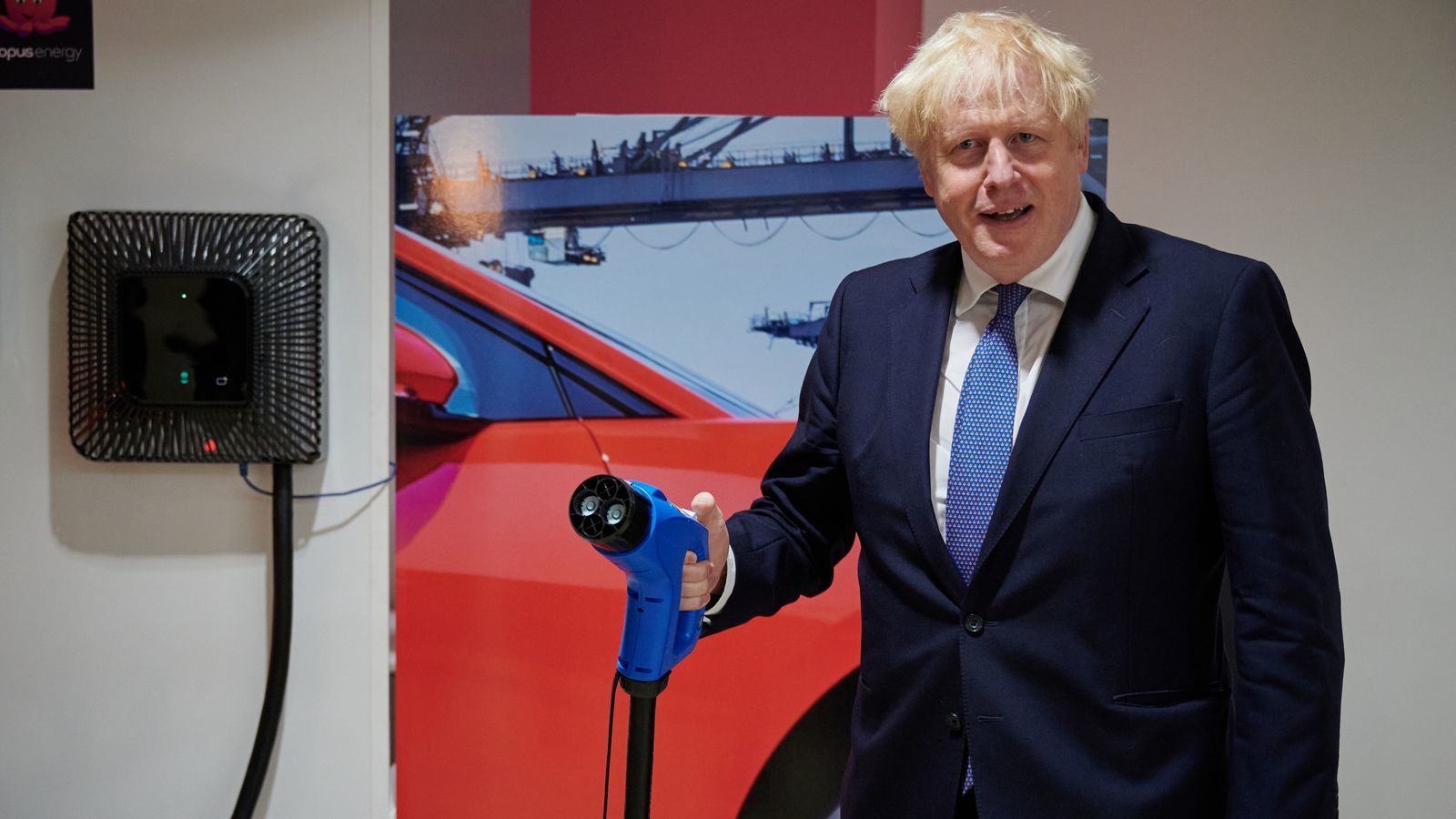 Boris Johnson is expected to tell the CBI the UK will gain advantages from being first to change its economy and transition to net zero.

As well as new build properties having to provide charging ports, buildings which have "major renovations" will also be forced to make the upgrade as well.

Charging ports are used to top up the batteries in fully electric vehicles (EVs) like the Tesla Model 3, the Skoda Enyaq and the Fiat 500 EV.

They are also used to fill the cells in plug-in hybrid electric vehicles (PHEVs), like the BMW 330 E series, the Mercedes E 300 e, and the Volkswagen Golf eHybrid.

Speaking to the Confederation of British Industry (CBI) annual conference, Boris Johnson is expected to say: "We will require new homes and buildings to have EV charging points - with another 145,000 charging points to be installed thanks to these regulations.

"We are investing in new projects to turn wind power into hydrogen and our net-zero strategy is expected to trigger about £90 billion of private sector investment, driving the creation of high wage high skilled jobs as part of our mission to unite and level up across the country."

The new measures will apply to both homes and non-residential buildings, and also renovations on properties with more than 10 parking spaces.

Using a normal wall plug at home to charge an electric vehicle is a time-consuming process, with the RAC saying it is "by far" a better option to have a dedicated charger.

The company says the average cost for installing a dedicated charger at home is around £800 - but financial support is available from the government. 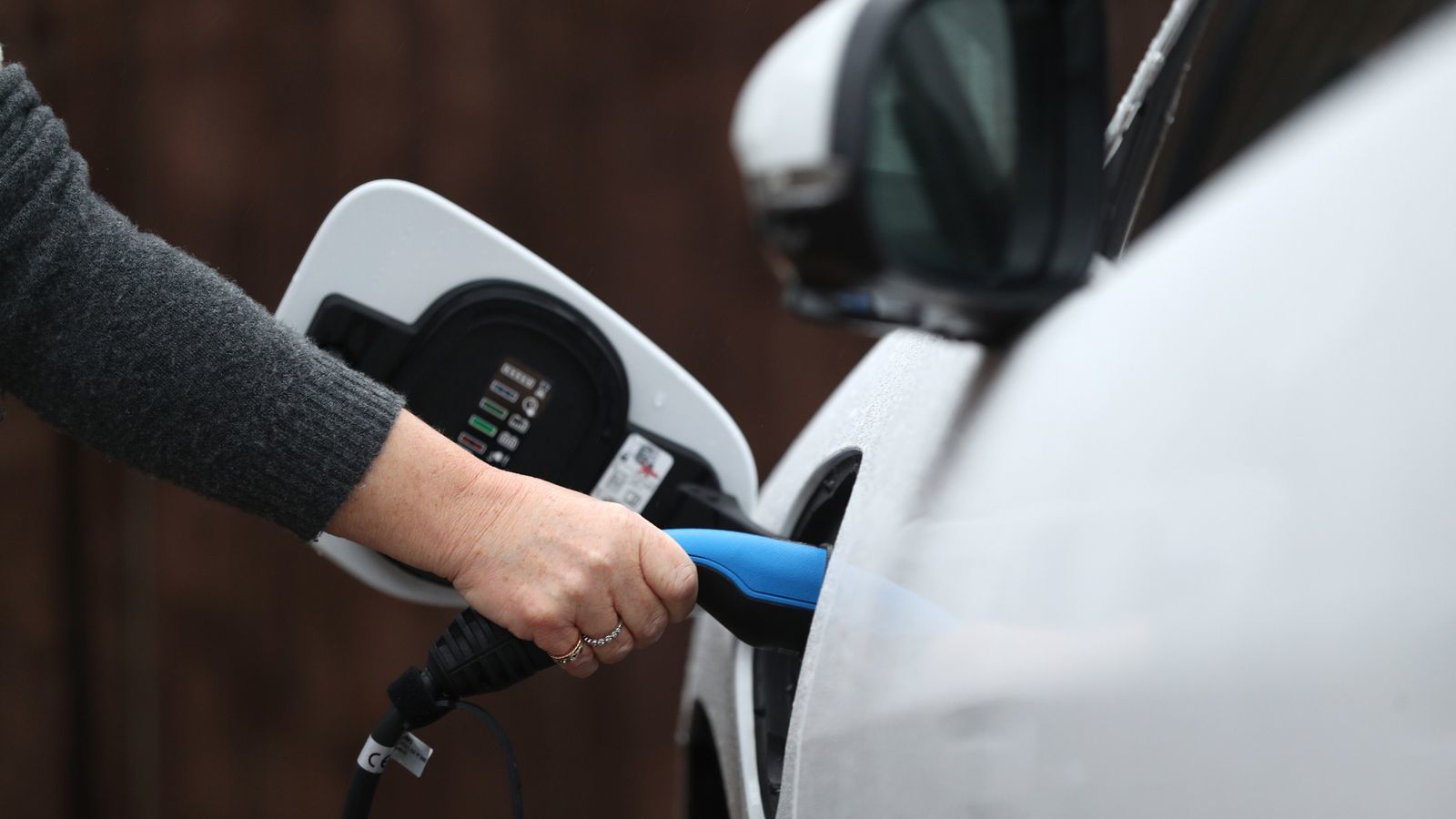 In response to the announcement, Labour said it does nothing to address the "appalling divide" in charging ports between northern and southern parts of the country.

"Rather than step up to support the car industry in the global race for green technologies, ministers have stepped back and left manufacturers, workers and the public on their own, failing to take the action necessary to make the switch affordable for families hit by a cost of living crisis.

"To back the car industry and create jobs, Labour would bring forward ambitious proposals to spark an electric vehicle revolution in every part of the country.

"By extending the help to buy an electric car for those on lower and middle incomes and accelerating the roll-out of charging points in areas that have been left out, we would ensure that everyone could benefit and make the green transition fair."

Mr Johnson is expected to tell the CBE the UK will gain advantages from being first to change its economy and transition to net zero.

He is expected to say: "This is a pivotal moment, we cannot go on as we are.

"We have to adapt our economy to the green industrial revolution.

"We have to use our massive investment in science and technology and we have to raise our productivity and then we have to get out your way.

"We must regulate less or better and take advantage of new freedoms."