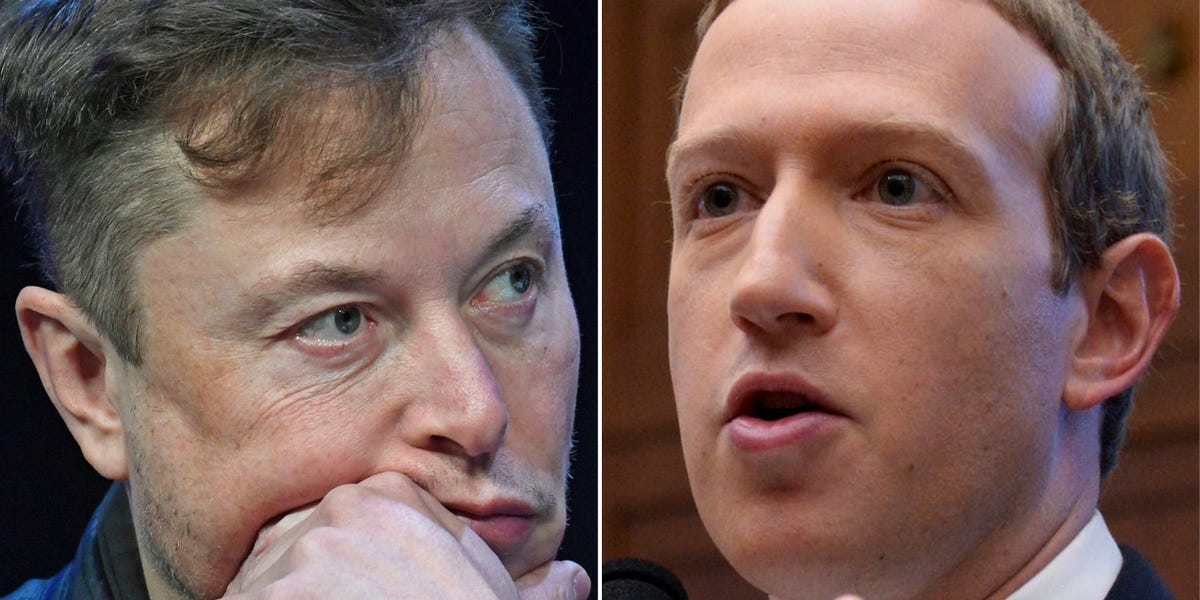 As buzz behind Clubhouse continues to build, one married couple's show has been able to host both Elon Musk and Mark Zuckerberg.

As buzz behind the invite-only conversation app Clubhouse continues to build, one couple seems to be driving public interest in the new application.

While tech leaders like Elon Musk and Mark Zuckerberg are often hesitant to speak to the media, a roughly three-week-old talk show on Clubhouse, "The Good Time Show," has found a way to draw the elusive CEOs out into public discourse.

Perhaps, tech executives have been more willing to go on the show because it allows for a platform outside of traditional media outlets. "The Good Time Show" focuses on peer-to-peer communication — an initiative that resonates with tech leaders like Musk, who has expressed his displeasure with the media's characterization of his efforts in the past.

The show first captured public attention earlier in the week when Musk interviewed Robinhood CEO Vladimir Tenev on his controversial decision to impose trading restrictions on volatile stocks like GameStop and AMC amid skyrocketing shares.

"The Good Time Show" overwhelmed the Clubhouse app again just days later when Mark Zuckerberg's appearance on the show was linked to technical difficulties and caused the application to crash for some users.

"The Good Time Show" could be the beginning of A16Z's new media efforts, which seek to create a platform to talk about tech without the need to go through journalists or traditional media outlets.

"We are building a new and separate media property about the future that makes sense of technology, innovation, and where things are going — and now, we're expanding and opening up our platform to do this on a much bigger scale," Margit Wennmachers, a VC at A16Z wrote on a blog post for the site. "We want to be the go-to place for understanding and building the future, for anyone who is building, making, or curious about tech."

After Musk's interview, A16Z took to Twitter to announce it is releasing a new podcast that would include conversations from Clubhouse, including the one between Musk and Tenev.

The format for "The Good Time Show," much like the app itself, is highly casual and focuses on organic conversations on anything from startups to venture capitalism and cryptocurrencies.

But overall, the talk show is focused on optimism.

Guests on the show talk about future innovations without skepticism. The show gave Musk the room to talk about developments at his company, Neuralink, that allow for a monkey to operate a video game using only his mind through a chip implant, or for Zuckerberg to discuss his plans for Facebook's Reality Labs group, which works on augmented reality and virtual reality platforms.

Unlike traditional interviewers, Krishnan and Ramamurthy, as well as their guests, do not appear to push back against the ideas discussed, instead letting them flow freely. In many ways, it could be described as akin to some of the friendlier late-night shows on big networks.

Outside of A16Z's plans to turn high-profile conversations on the app into a podcast, Clubhouse does not create a permanent record of conversations or messages between users, which could allow for speakers to feel more comfortable expressing their ideas, but has also prompted some issues with moderation on the app in the past.

The application operates more or less like a virtual chatroom without video — a live podcast of sorts. A Clubhouse spokesperson, along with Ramamurthy and Krishnan, did not respond to requests for comment in time for publication.

While the app is still invite-only, Clubhouse co-founder Paul Davison said the startup is working as quickly as possible to open the application up to all users.