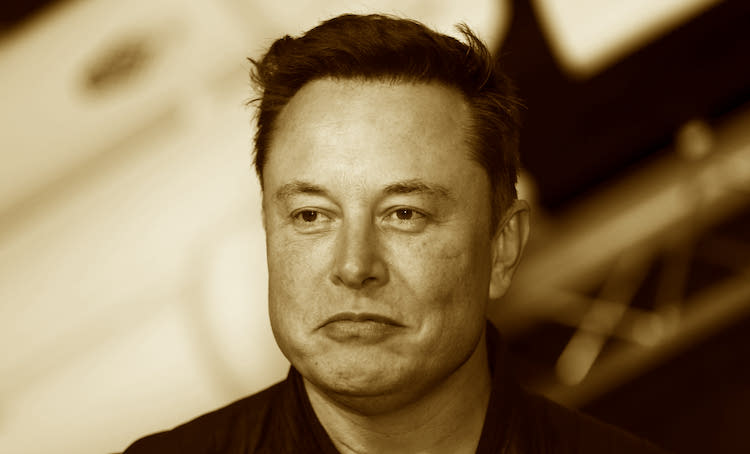 Elon Musk Confirmed That He Owns Dogecoin, Bitcoin and Ethereum

Elon Musk confirmed that he owns Dogecoin, Bitcoin, and Ethereum during a session at the B Word conference on Thursday.

The billionaire CEO of Tesla and SpaceX, Elon Musk confirmed that he held a couple of cryptos. The digital assets he held included bitcoin, ethereum, and no other than Dogecoin. Musk participated in the B Word conference held online.

Doge community knows Elon Musk as the Dogefather, due to his public endorsements, mainly tweets of the top meme currency. Although he is very fond of the DOGE, Musk confirmed that he owned more bitcoin than Dogecoin or ethereum. To many this comes as no surprise as the billionaire had always been bullish on bitcoin and continues to back the asset.

Musk: “I Want Bitcoin To Succeed”

The Tesla CEO continued to show his support for the top digital currency, and reiterated that he wanted to see the coin succeed. His company Tesla had announced earlier in the year that it would begin accepting payment for its vehicles back in February. The company then did a 180 turn, citing bitcoin mining energy consumption as the main reason for this decision.

Many speculated that it wasn’t Musk’s decision as per se, but that several people on the board pressured the decision, as they sit in other environmental positions and it would hurt their reputation.

Dogecoin was trading at $0.19 after Musk’s announcement | Source: DOGEUSD on TradingView.com
Musk had earlier made a statement that the automotive company would “likely” resume accepting bitcoin payments if it became greener. But more due diligence will be carried out to make sure that mining energy was at or above 50% renewable energy. He reiterated this at the B word.

“It looks like Bitcoin is shifting more toward renewables. I would want to do a little bit more due diligence to confirm the percentage of renewable energy usage is at or above 50%.”

Despite Tesla decision to stop accepting bitcoin payments, Musk held onto his coins. The SpaceX CEO also confirmed at the conference that SpaceX continues to hold the digital asset.

Elon Musk continues to show support for the meme project. Last week, Musk had changed his Twitter profile picture to one of him with the reflection of Dogecoin on his sunglasses.

Speaking on his tweets’ price action coins, and more specifically him being accused for pump-and-dump, Musk said

After Musk’s appearance in the B Word, bitcoin broke $32,000 on an upward trend. Both Ethereum and Dogecoin also jumped higher: $2,000 and $0.19 respectively.

The long talk that Elon Musk had with Twitter and Square CEO Jack Dorsey and Ark Investment CEO and CIO Cathie Wood has given some significant boost to the market. Prices of coins have been sluggish as bitcoin had fallen below $30,000 for the second time in a one-month span.