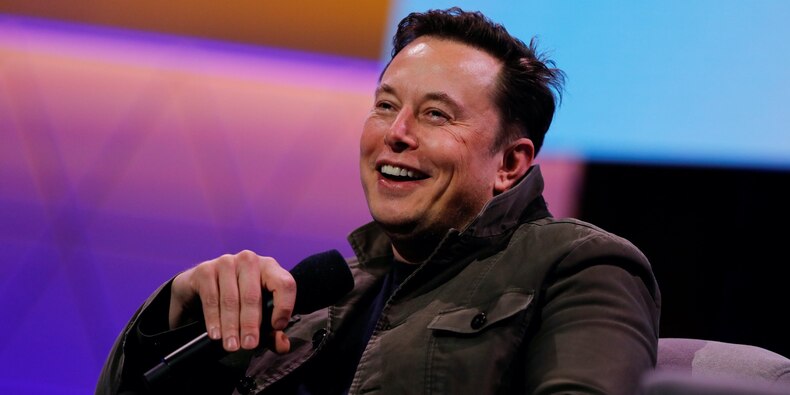 The Tesla founder and CEO is set to become the world's third-richest person as he overtakes Facebook's Mark Zuckerberg.

Tesla's inclusion in the exclusive index left Musk with a net worth of about $117 billion on Monday evening, according to the Bloomberg Billionaires Index.

His company will be placed alongside other valuable firms like Apple, Amazon, and Berkshire Hathaway.
Elon Musk's personal wealth grew by $15 billion after Tesla got a spot in the S&P 500 index on Monday. He is on track to become the world's third-richest individual, overtaking Facebook's Mark Zuckerberg.

After Tesla's inclusion in the index was announced, the automaker's shares soared 14% in after-hours trading and closed at $408.09 per share.

Musk's net worth swelled to $117.5 billion as of Monday evening, according to the Bloomberg Billionaires Index. His overall $90 billion gain this year has been the highest among the entire list of 500 billionaires.

The latest expansion in his wealth means that he would overtake Zuckerberg, who currently has a net worth of $106 billion.

Tesla, with a market capitalization of $400 billion, met requirements to be included in the index and will join as one of the 10 most valuable companies on December 21.

Among the requirements to join the S&P 500, companies must be US-based, have a market cap of at least $8.2 billion, be highly liquid, have at least 50% of their shares available to the public, and post four successive profitable quarters.

Musk's company will be placed alongside other valuable firms like Apple, Amazon, and Berkshire Hathaway.

S&P Global did not say which firm Tesla would replace, saying that it would make mention of in a separate release.

Separately, the Tesla and SpaceX CEO said this weekend that he "most likely" has a moderate case of COVID-19, but questioned the reliability over mixed test results he had.
#Elon Musk  #Mark Zuckerberg  #Tesla  #COVID-19  #Covid  #Facebook