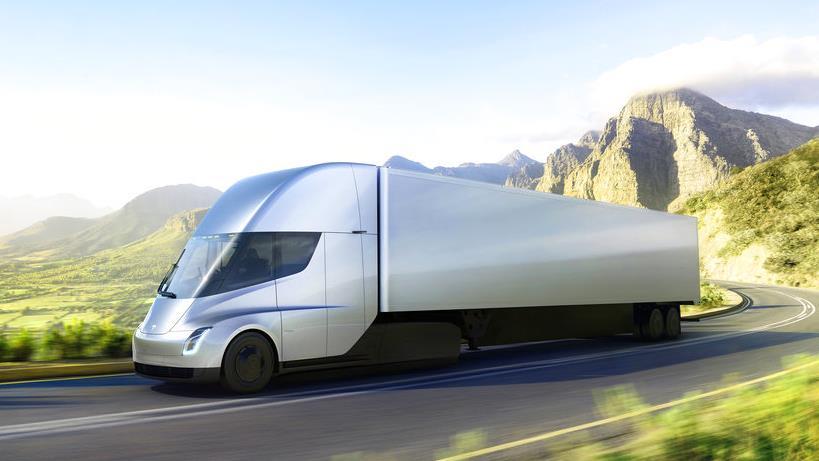 Elon Musk thinks the Tesla Semi can go the distance.

The world’s second-richest person told the 2020 European Conference on Batteries that Tesla’s new battery technology could deliver a Class 8 truck that can cover 1,000 km, or 621 miles, per charge.

Tesla is taking orders on trucks with advertised ranges of approximately 300 to 500 miles (500 to 800 km), but Musk said the next-generation battery technology revealed at Tesla’s Battery Day event in September has a higher energy density that should increase the range.

“We think this is going to be extremely competitive and compelling to the trucking companies,” Musk told the conference.

Tesla’s new battery uses cells that are structural members of the pack, which helps reduce the overall weight of the system. Musk estimates they would carry a weight penalty of a ton or less compared to a diesel powertrain on a 40-ton truck.

Many of the world’s top legacy truck companies, including Daimler, Navistar and Toyota, have been developing hydrogen fuel cells to power zero-emissions, long-haul trucks, arguing that they are lighter than batteries and quicker to refuel.

Daimler Truck chairman Martin Daum suggested to Bloomberg in 2018 that Tesla’s projections for a 300-500-mile truck were overly optimistic and defied the laws of physics.

“If Tesla really delivers on this promise, we’ll obviously buy two trucks — one to take apart and one to test because if that happens, something has passed us by,” Daum said.

“But for now, the same laws of physics apply in Germany and in California.”

Tesla has announced that it has several hundred reservations for the Semi from several companies that include PepsiCo, Walmart Canada and truck-leasing company Pride Group Enterprises. List prices range from $150,000 to $200,000, but initial plans to have it in production by the end of 2020 have been pushed to at least some time in 2021.