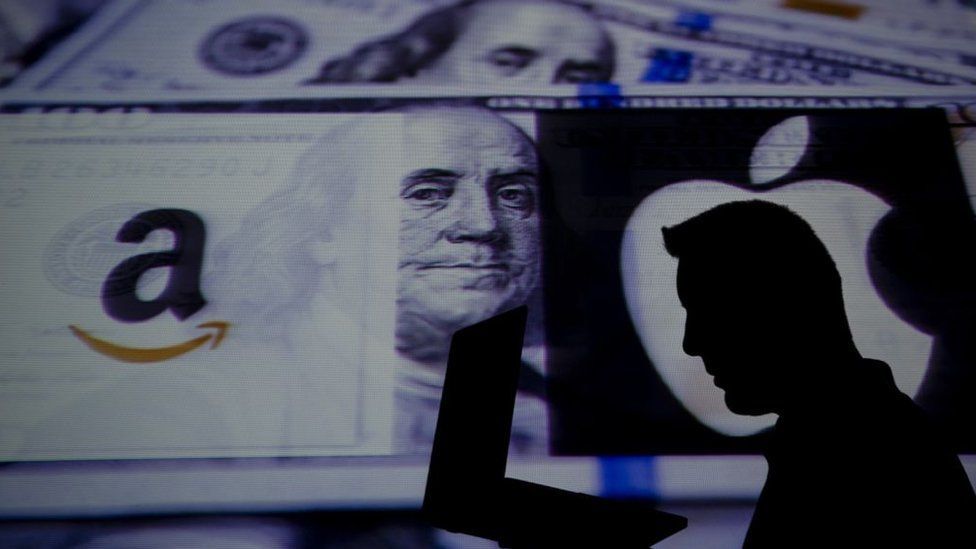 The EU has said it will suspend its plans to tax online tech giants in the light of global efforts to agree a minimum corporate tax rate of 15%.

The move comes after G20 finance ministers agreed at the weekend to support the global effort, which will now go before G20 leaders in October.

The EU said putting its own plan on ice would make it easier to achieve "the last mile" of the international deal.

But Ireland declared it would stick to its lower tax level of just 12.5%.

"We have decided to put on hold our work on our new digital levy," said European Commission spokesman Daniel Ferrie.

The announcement coincided with a visit to Brussels by US Treasury Secretary Janet Yellen, who urged all 27 EU countries to join the global deal.

"We need to put an end to corporations shifting capital income to low-tax jurisdictions, and to accounting gimmicks that allow them to avoid paying their fair share," she said.

However, Ireland's Deputy Prime Minister Leo Varadkar, said his country's 12.5% corporate tax rate had "worked for Ireland" and said the reform plan was about "big countries trying to get a bigger share of the pie".

"We've taken about €10bn a year in corporation profit tax, double what the average European country does per head," he said.

"It's one of those examples of where low taxes result in higher revenues, in a world where wealth capital, labour, corporations are very mobile."

Governments have long grappled with the challenge of taxing global companies operating across many countries.

That challenge has grown with the boom in huge tech corporations such as Amazon and Facebook.

Efforts in the UK and EU to tax the online giants have caused friction with the US, which has felt its companies are being unfairly targeted.

Now, however, there is widespread support for a plan to make multinational companies pay their "fair share" of tax around the world.

So far, 132 countries have signed up to the framework, but it needs ratification from those countries' parliaments - including the US Congress, where Republicans may try to block it.

Why change the rules?

At the moment, companies can set up local branches in countries that have relatively low corporate tax rates and declare profits there.

That means they only pay the local rate of tax, even if the profits mainly come from sales made elsewhere. This is legal and commonly done.

The deal aims to stop this from happening in two ways.

Firstly it aims to make companies pay more tax in the countries where they are selling their products or services, rather than wherever they end up declaring their profits.

Not everyone is in favour, however. Apart from Ireland, Hungary and Estonia also oppose plans to harmonise rates.