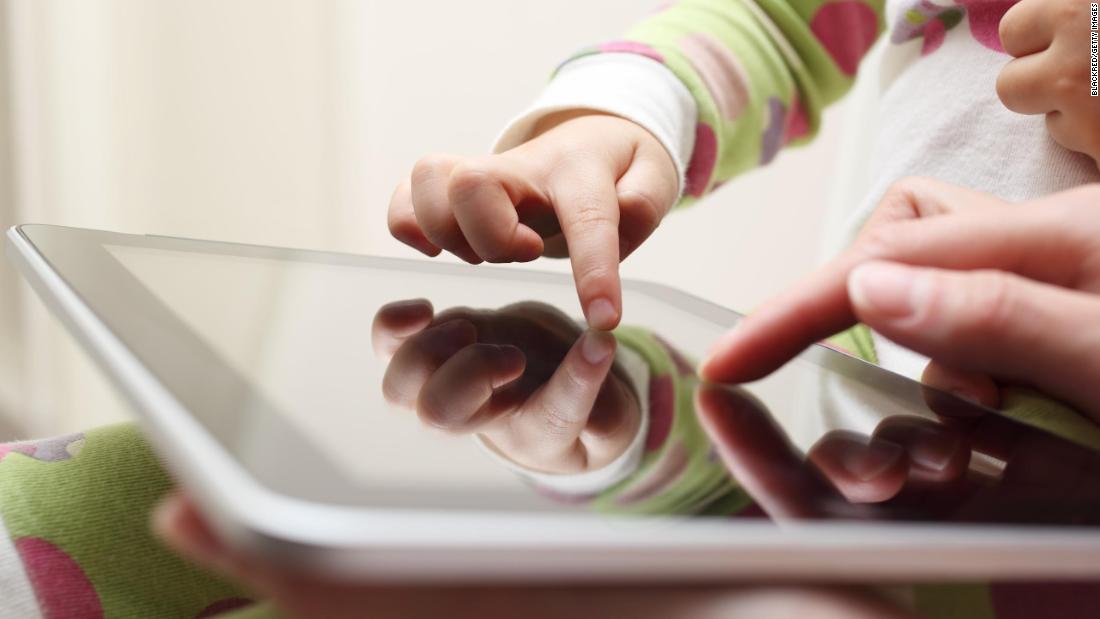 Explosive growth in screen use by toddlers, studies say

Toddlers sat in front of screens for more than 2.5 hours a day in the US, far above what experts recommend.

Use of screen time explodes between 12 months and three years in the United States, and most Canadian preschoolers between the ages of two and three are not meeting World Health Organization recommendations for appropriate use of television, computers and other screens, according to two new studies published Monday in JAMA Pediatrics.

Nearly 4,000 upstate New York mothers were asked about the level of screen use by their children at 12, 18, 24, 30 and 36 months of age. Those answers were then compared to the results of similar questions when the children were 7 and 8 years old.

Researchers showed that daily use of television, computers and mobile devices by children increased three fold from age 12 months to three years, from an average of 53 minutes at 12 months to more than 150 minutes.

Children of first-time mothers and children who were in home-based child care logged the highest amount of screen time by elementary school, the study found.

"This finding suggests that interventions to reduce screen time could have a better chance of success if introduced early," Yeung continued.

Children were twice as likely to be in the highest screen use group if they were a first child, a twin, were in home-based care or their parents only attended high school, the study found.

The American Academy of Pediatrics says no baby under 18 months should be exposed to a screen except for face-to-face family interactions. Children between 18 months and 5 years of age should only be exposed to one hour a day, preferably with parents or caregivers who interact with them about the content on the screen.

The AAP has an interactive tool to create a personalized media use plan for the family.

The study used data on mother-child pairs from the All Our Families study at the University of Calgary. It found that a child's overuse of screens was consistently associated with the mother's excessive screen use, especially for mothers who cared for their child at home.

That association may make it difficult for parents to limit a child's engagement with screens without additional support to devise a family use plan, the study authors said.

"This includes promoting opportunities for joint media engagement; deciding when, where, and how often screens are used; and reinforcing the need for sleep, physical activity, and device-free interactions to be prioritized to optimize child development," the study said.

The World Health Organization recommends no screen time for babies under 1 year of age, and encourages interactive floor-based play several times a day, including tummy time of at least 30 minutes. When not active, the WHO encourages caregivers to read and tell stories with the child.

Children between ages 1 and 4 should not be in front of screens for more than a hour a day and "less is better," the WHO said. Screen time should done with parental engagement. Instead, children of this age should spend at least an hour of moderate to vigorous physical activity each day, and "more is better." Children of this age should also get between 10 to 14 hours of quality sleep a night.