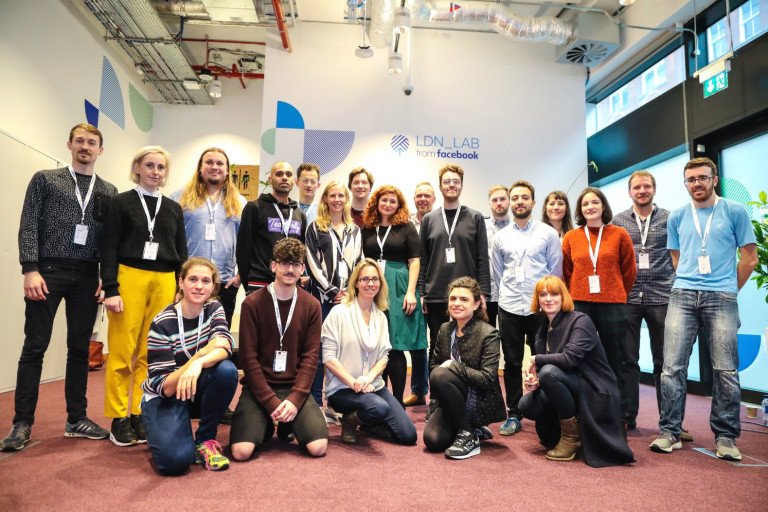 Facebook Accelerator London opens to non-U.K. startups with a focus on transformative tech

Facebook has announced the third edition of its London-based accelerator program, alongside a rebrand and a renewed focus on startups from across Europe and neighboring regions.

Launched initially in the U.K. capital as LDN_LAB nearly two years ago, the 12-week incubator program will now be called Facebook Accelerator London, to make its purpose as a startup accelerator more clear. The actual physical space where the program takes place will still be called LDN_LAB, a spokesperson added.

While Facebook has previously operated a number of startup incubators around the world, for example one for data-driven startups inside Paris’ Station F campus, LDN_LAB is Facebook’s first ever in-house accelerator, located at its main London HQ. As part of the program, which will operate in partnership with digital consultancy Founders Intelligence, participants get access to Facebook employees, workshops, mentorship, and more.

So far, each intake at LDN_LAB has focused on a single key theme, the first one being startups working on technology to build communities, while the second cohort was all about “deep tech for good.” In a similar vain, the third Facebook Accelerator program, which launches in November with applications opening today, will target “high-growth startups” working in transformative technologies such as artificial intelligence (AI), virtual reality (VR), augmented reality (AR), and blockchain, among “other Facebook products and technologies.”

While the Facebook Accelerator program has until now only accepted applications from U.K.-based startups, it is looking further afield for its next cohort.

“Innovation is at the heart of Facebook and today we are opening up our London accelerator program to applications from startups across Europe, the Middle East, and Africa,” noted Nicola Mendelsohn, Facebook’s VP of EMEA region. “The selected startups will gain access to experts from across Facebook including those working in augmented reality, blockchain, and AI.”

There are other caveats for acceptance onto the program too. Facebook said that it’s also focusing on technology that has a “positive impact on the world,” including those working toward improving “digital connectivity” globally.

Each of the program’s various areas of focus tie in with technologies that Facebook is actively working on. It recently announced plans for a blockchain-based cryptocurrency called Libra, for example, while it’s also looking to improve internet infrastructure via various conduits, such as satellite-based Wi-Fi hotspots and subsea cabling projects. Elsewhere, the social networking giant is investing heavily in the VR and AR spheres too.

London, too, has emerged as major hub for Facebook’s technology development. The city is now the company’s largest engineering hub outside of the U.S., and a few months back it announced plans to open a third London office to house 500 new technology roles, around 20% of which will be focused on AI.