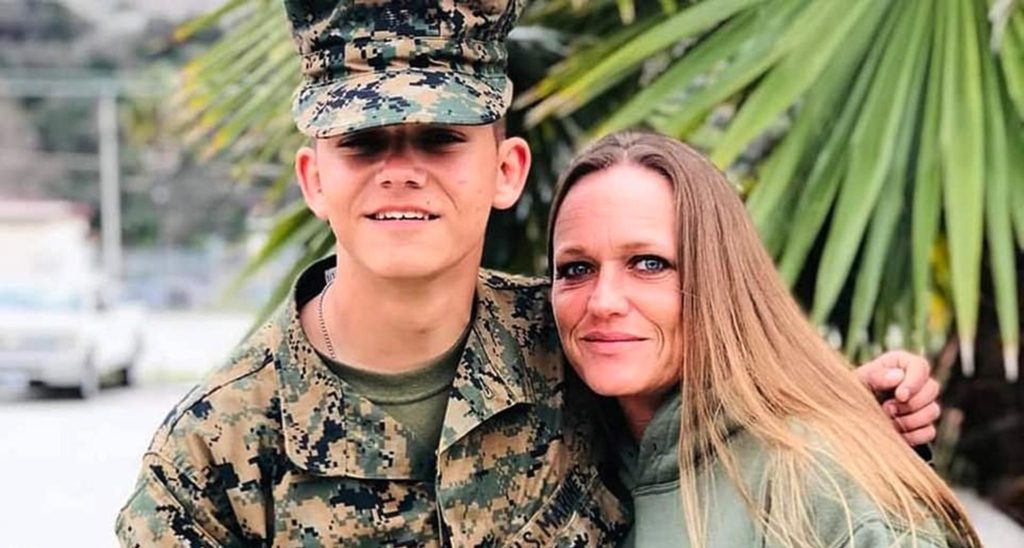 Shanna Chappell, the mother of fallen U.S. Marine Kareem Nikoui, had both her Facebook and Instagram accounts censored after posts that were critical of Biden. Nikoui, 20, was one of the 13 U.S. Marines killed in the Kabul suicide bombing.
“After I lay my son to rest you will be seeing me again!” Chappell said in a post in which Biden was tagged. “Remember I am the one who stood five inches from your face and was letting you know I would never get to hug my son again, hear his laugh and then you tried to interrupt me and give me your own sob story,” she continued. “You are no leader of any kind! You are a weak human being and a traitor,” Chappell later said in the lengthy post.

In a follow-up post, the grieving mother revealed that Instagram had censored her post. Her posts were also censored by Facebook, which owns Instagram. “As soon as I posted about what happened to my son Instagram started pulling up my posts from months ago and sending me notifications that if I kept posting stuff like this that they would disable my account,” said Chappell. “Posts from months ago!” (READ MORE: ‘You Can’t F**k Up As Bad As He Did And Say You’re Sorry’: Gold Star Family Walks Out On Meeting With Biden)

Breitbart News reached out to Facebook for comment. Not long afterwards, Chappell’s accounts were restored to full functionality. An Instagram spokeswoman told Breitbart that her posts did not violate any policies and that an “error” was to blame for the removal. “We express our deepest condolences to Ms. Chappell and her family,” said the spokeswoman. “Her tribute to her heroic son does not violate any of our policies. While the post was not removed, her account was incorrectly deleted and we have since restored it.”
#Facebook