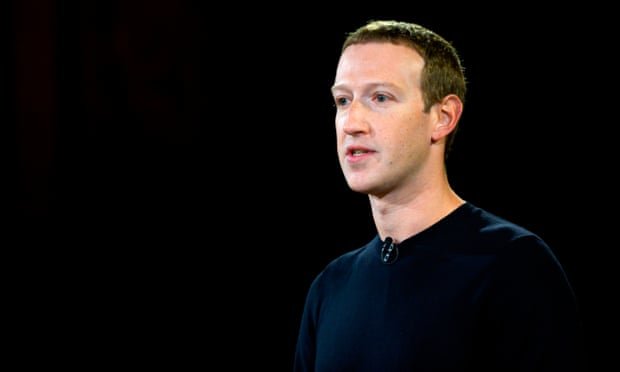 The company confirmed it had dismantled the four accounts and announced initiatives to prevent foreign interference in US campaigns.

Facebook on Monday disclosed it had taken down four new foreign interference operations originating from Iran and Russia, including one targeting the US 2020 presidential elections that appears to be linked to the Russian troll agency, the Internet Research Agency (IRA).

The suspected IRA campaign “had the hallmarks of a well-resourced operation that took consistent operational security steps to conceal their identity and location”, Nathaniel Gleicher, Facebook’s head of cybersecurity policy, said in a blogpost.

The accounts adopted various political identities, such as pro-Donald Trump, anti-police violence, pro-Bernie Sanders, LGBTQ, feminist, pro-police and pro-Confederate, according to Graphika’s analysis. Most posts were not explicitly related to electoral politics, Graphika said, but were focused on general political commentary for “persona development and branding”.

The deployment of false personas advocating for both sides of a political debate – such as nine accounts designed to look like they were run by black activists protesting against police violence and “thin blue line” accounts defending police officers – echoes the tactics used by the IRA during its 2016 election interference campaign.

The accounts primarily re-shared memes or content created by authentic American social media users, according to Graphika, such as screenshots of viral tweets or reposts of memes by the conservative group Turning Point USA. The campaign may have been recycling authentic American content in an attempt to conceal its Russian origins, Graphika suggested, though the firm still detected certain linguistic tics that suggested a foreign origin. An overreliance on pro-Confederate content referencing the 1980s American television show Dukes of Hazzard was another hint at IRA origins, according to Graphika’s report.

Although most of the posts were focused on polarizing political issues, some specifically addressed the 2020 election, according to Graphika. The fake “black activist” accounts primarily posted in support of Sanders and against Senator Kamala Harris, with some also attacking former vice-president Joe Biden. Both the “progressive” and “conservative” fake accounts attacked Biden.

“It looked like there was a systematic focus on attacking Biden from both sides,” Ben Nimmo, Graphika’s director of investigations, told CNN.

The other three foreign influence operations disclosed by Facebook on Monday originated from Iran. One targeted audiences in the US and in francophone north Africa with content related to Israel, Palestine and Yemen. A second focused on Latin American countries with repurposed Iranian state media articles appearing to come from local news outlets. A third small network of accounts from Iran targeted the US with content from a page called BLMNews that appears to have been masquerading as a news outlet connected to the Black Lives Matter movement.

“Elections have changed significantly since 2016, and Facebook has changed too,” Mark Zuckerberg said on a conference call with reporters. The chief executive said that the company has learned after being caught on its “back foot” in 2016 and was now proactively preparing for elections.

The company is launching a program to help secure the accounts of elected officials and tightening its rules for disclosing who controls a page. It will also begin labelling content from state-controlled media outlets and more prominently label posts that have been rated false by its third-party factchecking program.

Facebook will also ban political ads designed to suppress voter turnout, including ads that suggest voting is “useless” or that recommend people not vote. This policy will apply to all accounts, including those of politicians. Facebook has faced significant criticism in recent weeks over its decision to exempt politicians from its policy banning misinformation from paid advertisements.

On the conference call, Zuckerberg again defended his decision on that point, saying, “I just think that in a democracy people should be able to see for themselves what politicians are saying.”

Facebook did not immediately respond to a question from the Guardian about whether it intends to allow politicians to lie in paid advertisements in the non-democratic countries in which it operates.
#Mark Zuckerberg  #Donald Trump  #Joe Biden