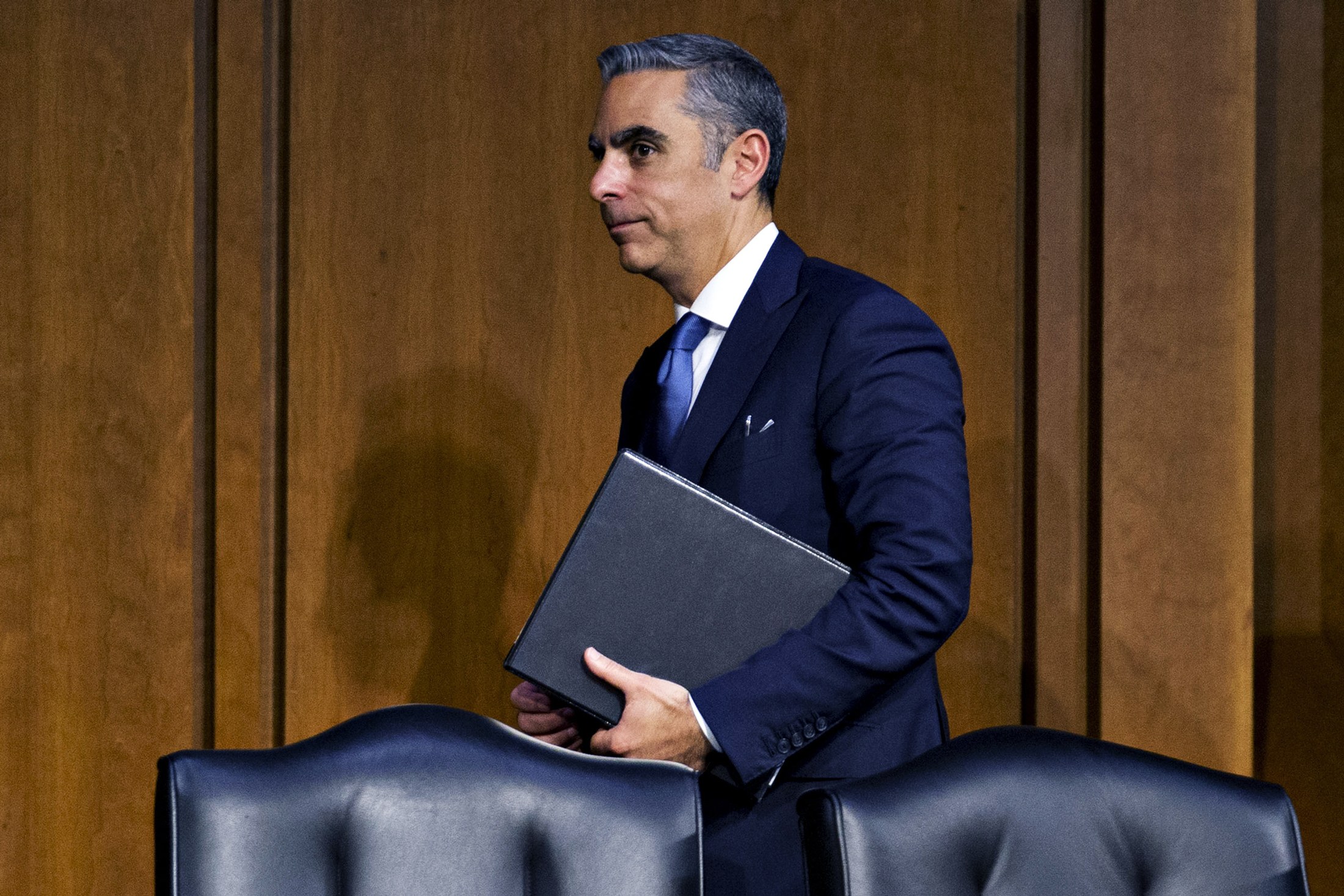 Facebook Is Losing Its Cover for Libra As More Members Flee

The departures of Visa, Mastercard, and three others mean that more than ever, Libra is Facebook’s cryptocurrency project.

Then there were 22. Last week, PayPal became the first to defect from the 28-member Libra Association, declining to participate in Facebook’s vision for global payments-a vision it helped seed. Now, Visa, Mastercard, Stripe, eBay, and Mercado Pago have followed it out the door. The hurried exits come as the association prepares for its first meeting Monday in Geneva, where members had planned to formalize their participation in the cryptocurrency project.

When Facebook revealed Libra in June, the involvement of payments providers was seen as a coup-a pairing of the disruptor and the disruptees. Libra’s crypto network is meant to circumvent the reigning payments infrastructure, offering a solution to slow transactions and hefty fees, especially across borders. Fees translate to profits for companies like Visa and PayPal.

At the time, the payments companies spoke to the benefits of having a seat at the Libra table-a way to guide a technology that could either become a threat or, potentially, a lucrative option in their arsenal. Libra’s success would allow them to extend their reach among Facebook’s 2.4 billion users, especially in the developing world, where credit cards and bank accounts are less common. Facebook stood to gain access to vast networks of vendors and partners with the know-how to build competitors to the company’s Libra wallet, dubbed Calibra. That was key to Facebook’s argument that Libra is not Facebook’s vision alone.

The Libra Association is now down to one payments partner, PayU, owned by South Africa-based Naspers.

If you believe in the core vision of blockchains, it made some sense to see rivals trying to come together. That’s the point of blockchains, after all. They’re designed to be trustless: With Bitcoin, you rely on the platform, the cryptographic machinery, to keep things fair and secure, not your fellow participants. That idea has proved popular in corporate boardrooms; rival shipping lines and banks are testing blockchain technology to collaborate and share data.

The blockchain structure has played a key role as Facebook faces down global regulators. Facebook has put forward a vision of regulating Libra that’s similar to Bitcoin, where the on- and off-ramps-wallets and exchanges where crypto is converted into money-are closely watched by regulators and law enforcement, and the platform itself largely left alone. The argument is that association members bear little responsibility for Libra beyond the products they build for the network.

That rhetorical sleight was on display in July when Calibra head David Marcus appeared before Congress, swatting away questions about the unprecedented reach and scale of Libra with the phrase “As far as Calibra is concerned ” The suggestion was that Facebook itself, through its new Calibra subsidiary, is simply one node on the network and would only be responsible for activity within the wallet itself.

The structure appeared designed so that “members of the Libra Association will be insulated from liability and accountable only to themselves,” Katharina Pistor, a professor of law at Columbia, told Congress in July.

That logic works for faceless Satoshi, but not for Facebook. Regulators have focused on the association and its individual members, arguing the project should be regulated like a big bank, or even a nation-state. German and French officials cited sovereignty concerns when they said last month they would block Libra in their countries. In recent weeks, the US Treasury had privately leaned on Visa and Mastercard to detail their money-laundering programs. Then, earlier this week, Senator Brian Schatz (D-Hawaii) and Senator Sherrod Brown (D-Ohio) sent letters to Visa, Mastercard, and Stripe, warning that their involvement in Libra would merit heightened scrutiny.

“If you take this on, you can expect a high level of scrutiny from regulators not only on Libra-related payment activities but on all payment activities,” the senators wrote. All three companies decided they’d rather not.

In a statement, Libra Association head of policy Dante Disparte said it looked forward to the first council meeting on Monday. After PayPal’s departure, he said that the association required “boldness and fortitude” from its members and was “better off knowing about this lack of commitment now, rather than later.” The Monday meeting was originally framed as a signing ceremony that would formalize a charter for the association and induct the remaining members. The Libra Association declined to confirm whether a signing is still planned.

In a tweet Friday, Marcus thanked Mastercard and Visa for sticking around until “the 11th hour,” alluding to the external pressure they’d received to drop out.

None of the five companies that fled Friday ruled out working with Libra in the future. But in the meantime, they’re cutting themselves free of the Libra Association and the regulatory pressures that came with it. Blockchain, it turns out, can’t abstract away the individual responsibility that companies have for their creations.