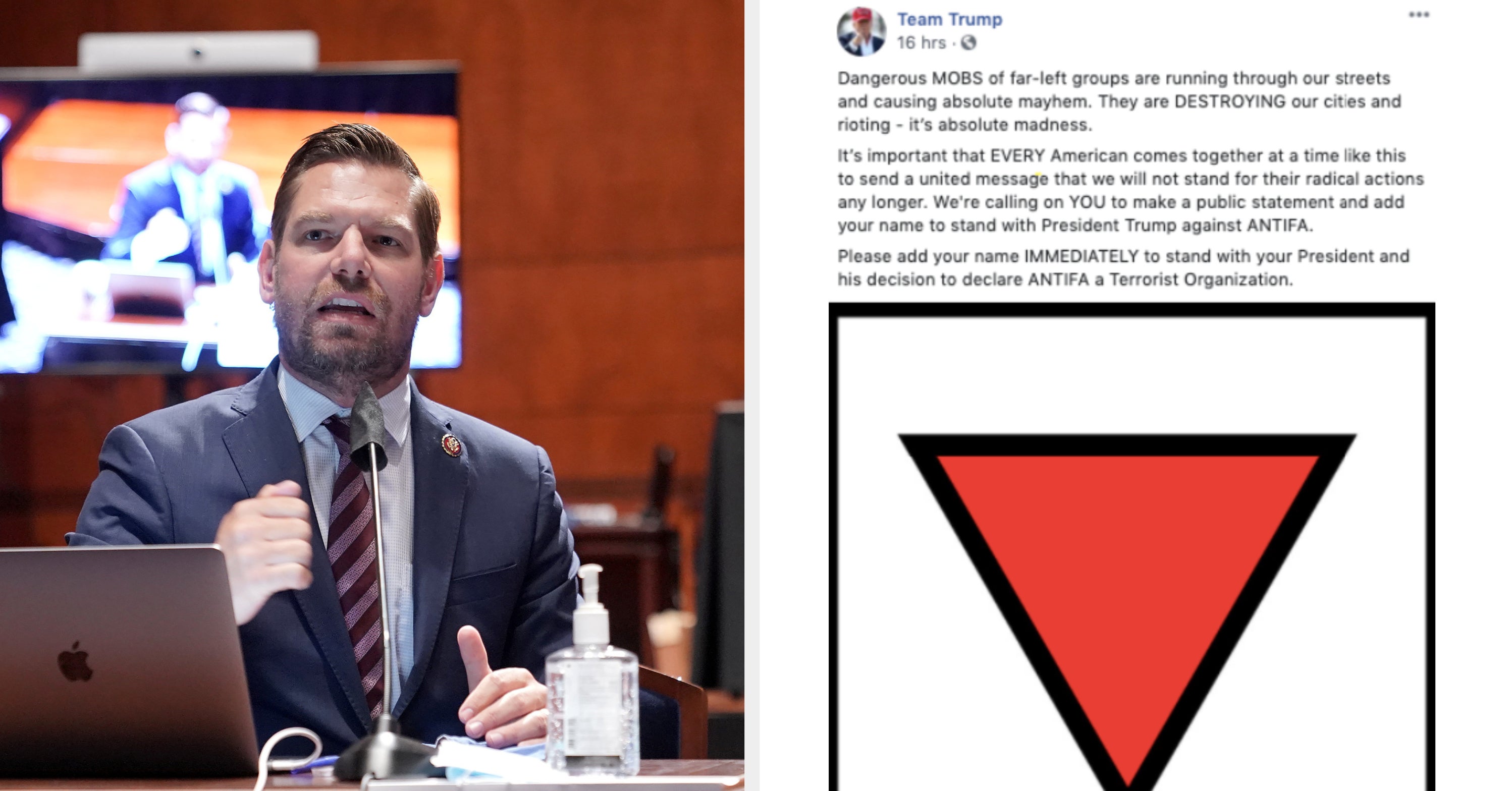 But one lawmaker had more tough questions for the company.

“What sanctions will you take against the Trump campaign?” Rep. Eric Swalwell asked. “Because this is not the first time an ad has been taken down. I believe it’s the third time.”

On Thursday, Facebook removed the ad after the Washington Post pointed out that the Nazis used a red triangle to mark prisoners in concentration camps.

Kandy Zabka, a Texas-based cyber strategist and owner of Komfort Linux, said that she reported the Trump campaign page on Wednesday after seeing the same red triangle ad that Facebook eventually took down.

Zabka’s report was reviewed and Facebook initially determined that it doesn’t go against community standards, according to screenshots provided to BuzzFeed News. The report was updated Thursday afternoon to say that the offending piece of content was removed, but the page remained in tact. Facebook did not immediately respond to a request for comment.

The President of the United States is campaigning for reelection using a Nazi concentration camp symbol.

Trump & the RNC are using it to smear millions of protestors.

Their masks are off. pic.twitter.com/UzmzDaRBup

As it came under fire, the Trump campaign defended its use of the image, saying on Twitter that the triangle was both an emoji and a “symbol widely used by Antifa.” The campaign posted an image of an upside-down red triangle with the words “antifa” scrawled across it as proof.

But when NBC reporter Brandy Zadrozny, unable to find it through both regular and reverse-image searches, asked for the source of the image, the campaign pointed to an obscure T-shirt store purportedly run by a man in Spain.

As the removal was unfolding, representatives from Facebook, Google, and Twitter were testifying before the House Committee on Intelligence, which was holding a hearing on election security.

Toward the end of the hearing, Rep. Swalwell, a Democrat from California, asked Gleicher about Facebook’s removal of the ads.

Gleicher repeated Facebook’s statement on hate symbols not being allowed on the platform, saying the company made an exception for discussion or condemnation.

“You obviously want to allow someone to put up a symbol to condemn it or to discuss it, but in a situation where we don't see either of those we don’t allow it on the platform and we will remove it,” Gleicher said.

“That’s what we saw in this case in this ad, and anywhere this symbol is used we will take the same action. So we’ll be consistent in enforcing wherever either our systems identify those symbols and as you’d expect when we identify something like this we get it within our system so we can look for other instances where it might appear. So we can find and remove it automatically.”

Swalwell also asked how many symbols a campaign would have to use before its page and account are removed from the platform. Gleicher was unable to respond, saying his focus is not on ad policies, but pledged to follow up.

Facebook has previously removed an ad from the Trump campaign asking “Should we deport illegals?” because it used fake buttons. The company also removed Trump ads in March for violating policies around misleading content about the US census after initially allowing them to run.