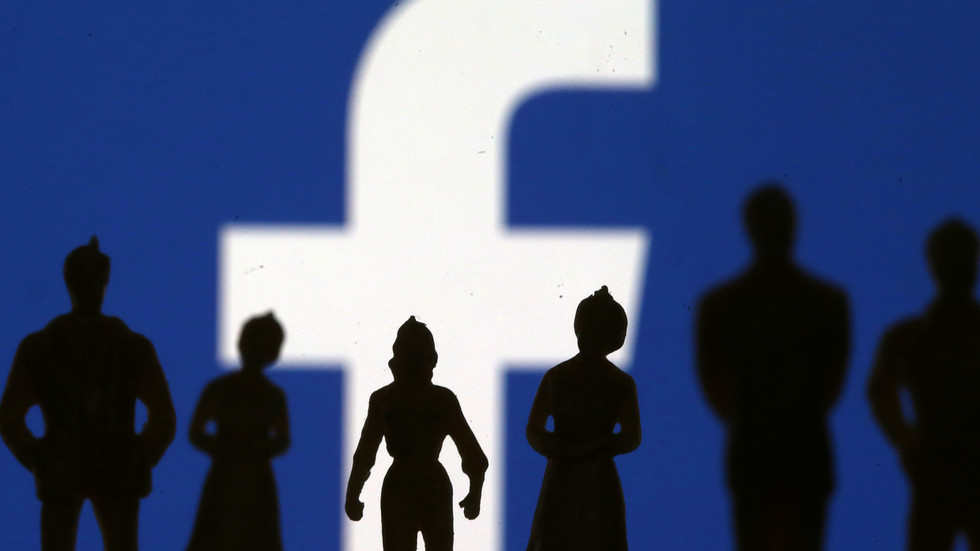 As a New York Post story claiming Biden scion Hunter had introduced his father to a Ukrainian energy executive less than a year before the then-Vice-President pressured Kiev into firing the country’s top prosecutor swept across social media on Wednesday morning, Facebook communications exec Andy Stone announced the social media behemoth was “reducing [the story’s] distribution on our platform.” 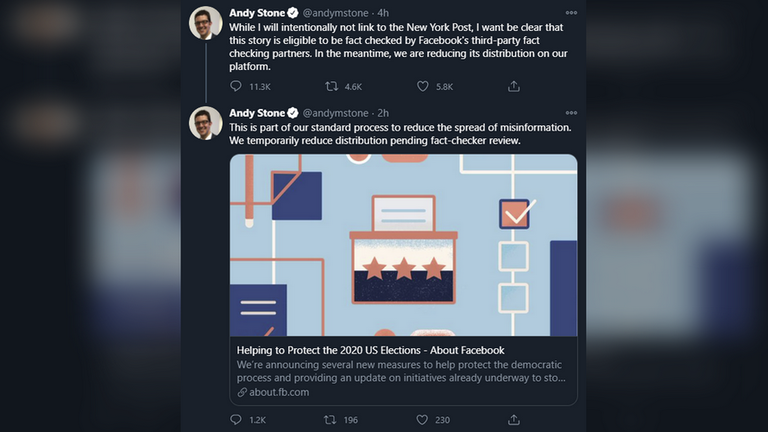 The reduced distribution was only a temporary measure until “Facebook’s third-party fact checking partners” could stamp their seal of (dis)approval on the story, Stone clarified in a later tweet, apparently confirming he’d preemptively flagged the story as disinformation. Stone openly touts his history with the Democratic Party in his Twitter profile, which shows he worked with the House Majority Political Action Committee, California Democrat Senator Barbara Boxer, the Democratic Congressional Campaign Committee, and California Democrat Rep. Jerry McNerney.

Zuckerberg: “I don’t think that Facebook or internet platforms in general should be arbiters of truth”

The “bombshell” story Stone was so eager to keep off Facebook claims the younger Biden had introduced his father to Ukrainian energy executive Vadim Pozharskyi, a senior employee of Burisma Holdings, less than a year before the VP strong-armed Kiev into firing a prosecutor who was investigating Burisma. Hunter Biden was infamously paid $83,000 per month to sit on Burisma's board, despite having no experience with either Ukraine or the energy sector.

The Post’s story is based on emails allegedly retrieved from a computer belonging to Hunter Biden by a repairman who was given the laptop to fix last April. In another email, Pozharskyi allegedly asks Hunter how he might “use his influence” on Burisma’s behalf with the Obama administration. Both the computer and its hard drive were allegedly seized in December by the FBI after the repairman contacted the agency, but the repairman claimed to have made copies of the incriminating material.

After the story had already made the rounds on social media, the Biden campaign weighed in to deny any meeting between Biden and Pozharskyi had taken place – though it notably did not comment on any of the more salacious aspects of the Post’s stories, including photos and videos appearing to show the candidate’s son smoking crack and having sex.

Biden campaign responds to the NY Post story. Critically they only say that such a meeting never took place and do not challenge the veracity of the emails or photos

Apparently bracing for fact-checker impact, the Post reported the repairman-whistleblower who’d leaked the emails was working with the Senate Homeland Security and Governmental Affairs Committee to verify the information. He claimed to have reached out to the committee in September after it released a report on Biden’s apparent conflicts of interest, which included a reported $3.5 million payment from the wife of the ex-mayor of Moscow to a company co-founded by Hunter Biden.

Blue-checks and #Resistance stalwarts rallied to Stone’s (and Biden’s) defense on Twitter, warning that the Post story was based on a “huge falsehood” – namely that Biden had forced the Ukrainian government to fire the prosecutor who was investigating Burisma. This was untrue, they argued, because others had wanted the prosecutor fired as well.

The New York Post story some are tweeting about has a huge falsehood in it: Story claims Biden pushed for the ouster of the Ukrainian prosecutor when he was investigating Burisma.

Flatly false. And the ouster was backed by international institutions.https://t.co/HtoWJg0j4V

The emails are forged https://t.co/wR4yQJkevq

However, others observed that Stone’s blatant partisanship would constitute a scandal under normal circumstances – not that such circumstances existed in 2020. “You people are interfering with the election,” one user stated.

The idea that Facebook would brag about “pre-ducing” distribution even before a fact check shows how far we’ve come on this topic - a few years ago this would be the kind of thing James O’Keefe would uncover through secret recordings.

In case you were wondering, lifelong Democrat party operatives are in charge of damage control for @JoeBiden at @Facebook. I’m sure they will continue to tell us all about their lack of bias though. https://t.co/5OVH8JmajH

Twitter applied a warning screen to the Post’s story late Wednesday afternoon, presenting users who clicked on the link with an alert that the “link may be unsafe.”

Wow. twitter going even further than FB and is no longer letting ppl tweet the NYPost story. This is what pops up if you try. https://t.co/YVlOTeF1iX pic.twitter.com/66kzYdwq21